It is a difficult time to be a newspaperman or woman. It is also, with perhaps the exception of national crisis or war, the most important time to be in this business.

Back in the days of World … 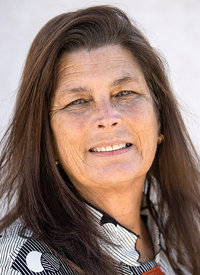 It is a difficult time to be a newspaperman or woman. It is also, with perhaps the exception of national crisis or war, the most important time to be in this business.

Back in the days of World War II, people listened to the radio, saw a newsreel at the movies and some had televison in their homes, although that was still not the norm. When people wanted news, they picked up the paper. Right there in black and white was information on how the war was going, who was home on leave, and what the president had to say about the state of the nation.

I know that many people go to the internet or social media for their news. That’s fine, too. It can be a very immediate source of breaking news. You wouldn’t want to wait for notification of dangerous weather.

But there are strengths in your local newspaper that those sources cannot match.

First, you know the people who create the articles on these pages. They frequent the same gas stations, grocery stores and eateries as you do. They cheer at the football games and may attend the same church as you, while their children go to school with your own kids. You can’t say that about cable news or most social media news pages.

These folks know what is news to this community. It probably isn’t what the Kardashians did now. Residents want to know about a proposed sales tax increase and who will entertain at the county fair. The people in this newsroom know that.

I am now part of that newsroom and proud to be so. My own experience has sent me to various small town newsrooms from Florida to Montana. Needless to say I believe there is very little as important to a town than its newspaper.

I am digging in to become part of this community so that I will have the same compass that guides this newsroom, knowing what the community needs and wants to know or learn or accomplish. It is my firm belief that the newspaper is, in addition to presenting the news, required to mirror the community of which it is a part. We don’t get to have an opinion outside of the editorial page. We are here to present the facts. You, the reader, get to determine what the truth is, because each person’s truth is their own.

We want to include all sides, whether we agree with those factions or hold different beliefs.

More than that, I want to show the people who make this community what it is, painting that image with words. Because it is the people, the individuals, that make Powell the special place it is. People like the employees at nearby shops who went out of their way with an elderly woman who is obviously a favorite patron. She was older and a little vague and in other places she would have been ignored until she moved along so as not to disturb other customers. Not here. The employees knew her by name, asked questions that made it clear they saw her often and were aware of her limitations as well as what she might need, want or like. They were kind and warm and caring.

There are caregivers and teachers and dog rescue workers, farmers and ranchers and a multitude of others who are the fabric of this county. Those are the stories that I want to tell, the stories of their lives, how they choose to serve, because they are the candidates and board members and cops and firefighters. They are your neighbors.

It’s likely you’ll see me, trying to find my way around town and making those connections.

Those connections and stories are the reasons that this newspaper is relevant and will continue to be so. Don’t be afraid to point us in the right direction.

(Connie Burcham is the new managing editor of the Powell Tribune.)