The new executive director of the Powell Medical Foundation has a lot of plans and a lot to do. She couldn’t be more excited.

Amy Wells, a Cowley resident, is just a few weeks into her new … 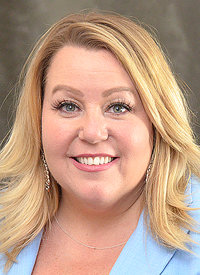 The new executive director of the Powell Medical Foundation has a lot of plans and a lot to do. She couldn’t be more excited.

Amy Wells, a Cowley resident, is just a few weeks into her new role, which she said combines aspects of just about every previous job she’s done in Park County and in Texas.

“Someone asked me in an interview, ‘what job have you had in the past that will make you a good fit for this one?’ And I was like, honestly, I feel like everything I have ever done has brought me to this position,” Wells said. “I know clinical, I know medical management, I know business development, and then I went into marketing and advertising and sales. I’m not afraid to ask people for money, which is part of asking for donors. And then just creating and building that awareness and educating people on our mission. So I really just felt like it was a perfect fit for me.”

“I think Amy will excel in this role,” she said. “I think she’s going to be very vibrant.”

Wells moved to the area in 2016 from the Dallas-Fort Worth metro area, where she and her husband had built a life, raised children and finally found their dream home. Wells was a medical assistant for 15 years before getting into medical management.

After first her brother and then her parents moved to Powell, Wells and her husband went up to visit one summer and fell in love, moving within months in 2016. Her husband runs Wicked Eats food truck and Wells said when not camping or 4-wheeling, they spend a lot of weekends at events.

For most of her time in Wyoming, Wells worked at the Big Horn Radio Network. She said she liked helping businesses, but when the position came open to lead the foundation that assists Powell Valley Healthcare, she jumped at the chance.

Wells, who said she loves going out on the town and attending events, picked a good time to make the move, with an extra-full slate of events coming up.

She’s preparing for Giving Tuesday, where all nonprofits make a push for more donors, and she’s working to recreate the annual pamphlet for end-of-year giving that explains all of the projects and services the foundation assists with. One of those projects will soon begin to come to fruition as Wells said she expects a groundbreaking this fall to start work on a planned pathway around the senior living center.

She’s also preparing for a busy 2023 with the return of an in-person Mardis Gras fundraiser event for the first time since Covid began. The event doesn’t have a date yet, but the foundation does have the go-ahead for an in-person event after two years without.

The coming year will also be the 40th anniversary of the foundation.