Taps reverberated across the wild grass and sagebrush last month, as family and friends honored the crew of a B-24J Liberator who died in a 1945 crash south of Casper.

“It is important for … 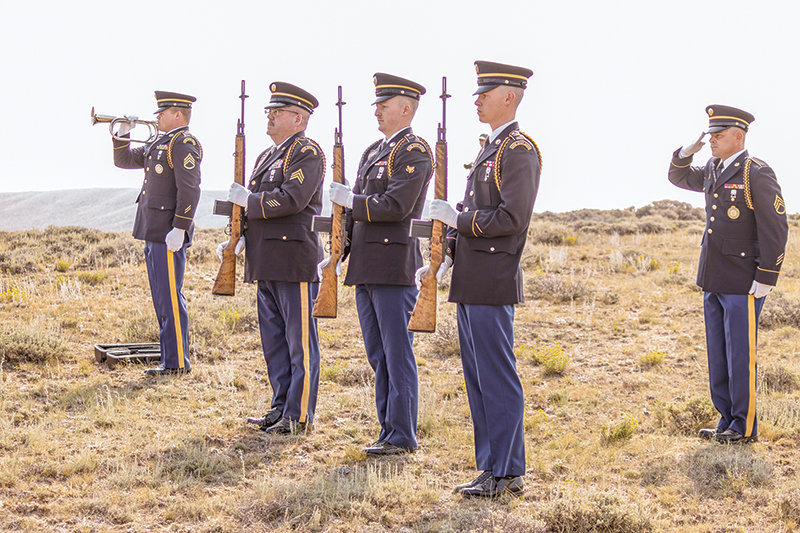 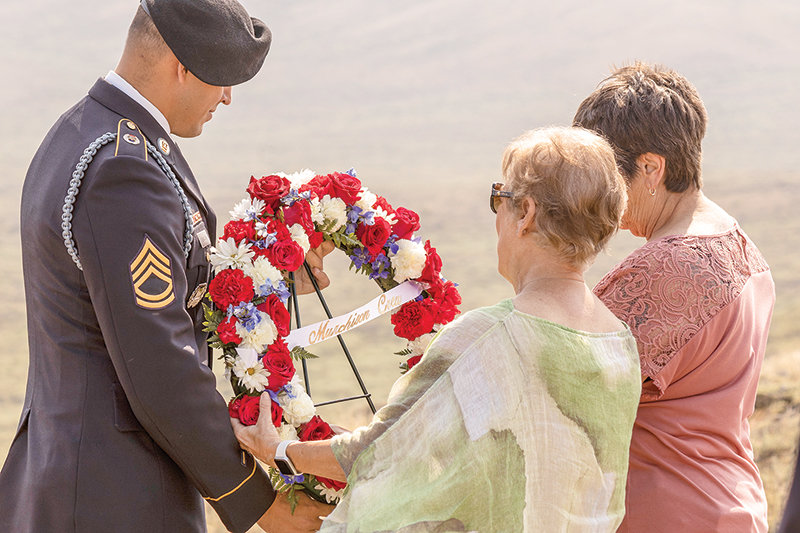 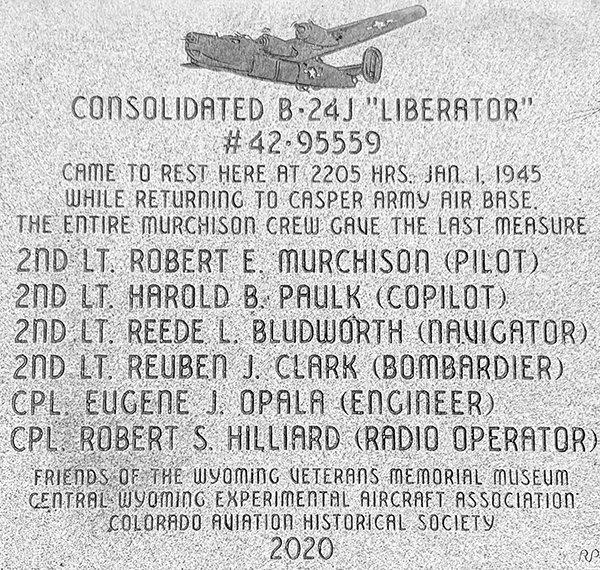 Taps reverberated across the wild grass and sagebrush last month, as family and friends honored the crew of a B-24J Liberator who died in a 1945 crash south of Casper.

“It is important for these lost stories to be remembered,” said Joe MacGuire, president of the Friends of the Wyoming Veterans Memorial Museum.

The July 24 memorial service took place at the crash site, which has been lost since the initial cleanup of the wrecked aircraft.

A team of six soldiers from the Wyoming Army National Guard Military Funeral Honors Program made a full honors presentation at a ceremony held for the crew of the Liberator.

“The importance of a mission is not dependent on the proximity to where the greatest action is,” said Chaplain Lt. Col. Rob Peterson during his memorial address. “We owe a debt of gratitude to this crew of six that went down 76 years ago. They gave us the last full measure of their devotion [and] their sacrifice here will not be forgotten.”

Eight U.S. Army Air Forces B-24J Liberators took off from Casper Army Air Base on a cold afternoon on Jan. 1, 1945. Due to sustained winds and icy weather, only one plane returned to the base.

Six other aircraft landed at alternate safe locations, but one became lost with no communications. A Civil Air Patrol pilot found the downed plane on Jan. 3, 1945, but because of weather and snow, no one was able to reach the crash site until Jan. 5.

The Army Air Forces report of the crash suggests that the crew became disoriented in the weather and thought they were descending toward Casper. In fact, they were much further south, and closer to the ground. They crashed into a rise and slid down a snowy hill for 1,500 feet before stopping at Bates Creek.

They plan to place roadside information boards at rest stations near the sites that provide crash details and honors the sacrifice of their crews; the information sign for the Murchison crash will be placed at the Shirley Basin Rest Area.

For more information about the Liberator and its crew, visit the Wings of Freedom exhibit at the Wyoming Veterans Memorial Museum or call 307-472-1857.