Figuring out a way for an entirely new roster to play together is difficult in junior college year-to-year, and Trapper men’s soccer coach Rob Hill said this year is no exception for a talented … 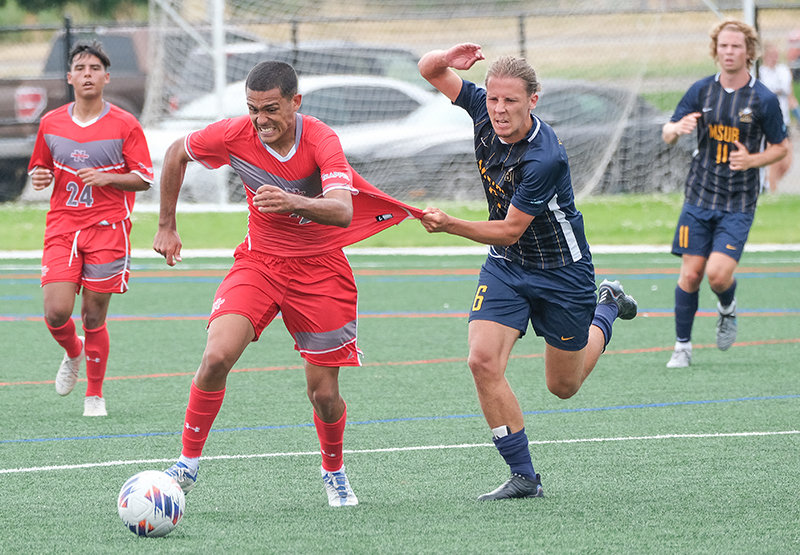 Figuring out a way for an entirely new roster to play together is difficult in junior college year-to-year, and Trapper men’s soccer coach Rob Hill said this year is no exception for a talented Northwest team.

The Trappers kicked off their exhibition games on Wednesday at Rocky Mountain, and then concluded their opening week on Saturday against Montana State University (MSU) Billings.

“There were some good things that were happening there, we are still trying to find out the best combination of players,” Hill said.

He said that the team had some strong combinations, but was unable to coordinate sometimes on the press and finding the final combination in the attacking third of the field.

“We did create chances, but not enough for me, we still are trying to work on the final end product,” Hill said.

In the game against MSU Billings, the Trappers created a limited number of opportunities on long through balls, but created a penalty kick MSU-B saved in the first half.

Hill said that the team needs to be able to create more dangerous, risky opportunities through combinations, as well as switching the play to give them a different attack angle.

“We have to be more composed in front of goal, but we have to switch the ball from side to side quicker,” Hill said. “The amount of times we switched the ball was maybe once or twice.”

Hill also feels like the team needs to work on playing the ball wide on more occasions, helping to create gaps in the opposing teams’ defense, thus leading to more opportunities in the attack.

He said it is difficult to bring together a large number of athletes from different parts of the world in just 10 days’ time, but he hopes they can figure it out by the time conference games roll around.

Northwest heads back on the road this week, taking a trip all the way to Reno, Nevada, to take on Truckee Meadows Community College Thursday (today) and Friday.

The Trappers have a few weeks to sort out rotations and attack before the home and conference opener on Sept. 3.