A Powell electric contractor wants to install one or more electric vehicle charging stations on Gateway Drive as a community development project.

There are no public charging stations in Powell … 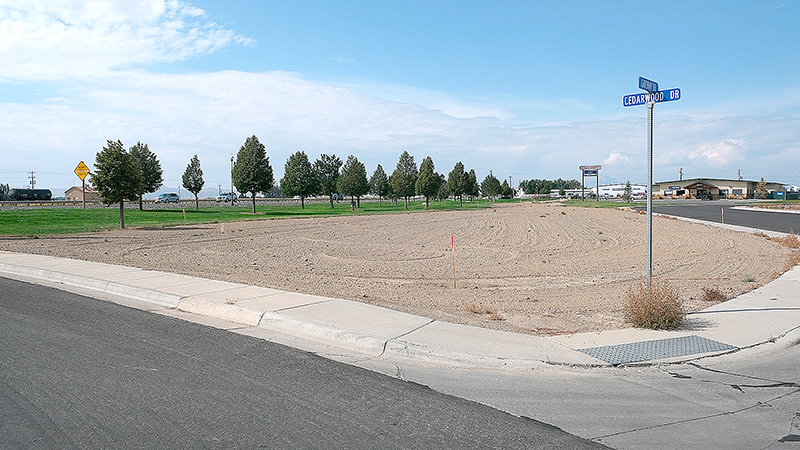 A Powell electric contractor wants to install one or more electric vehicle charging stations on Gateway Drive as a community development project.

There are no public charging stations in Powell listed on the U.S. Department of Energy’s Alternative Fuels Data Center map, and only a few in Cody.

At Monday night’s city council meeting, council members heard the request by Zane Bennett, owner of Yellowstone Electric Inc., to purchase a lot on Gateway Drive just off of U.S. Highway 14A. Bennett asked to be able to purchase it under the community development terms in order to keep costs lower and enable “a more complete offering at the site.”

Mayor John Wetzel said Yellowstone Motors had been inquiring about the other newly platted lot next to the highway and may also install charging stations along with other facilities. He said he’d like to hear from both inquiries together before council decides whether to go through the process to directly sell the lots to each of the potential buyers. The city would either have to do an official bid process or could avoid that by holding a public meeting after advertising intention to sell the lots outside of the bid process.

“We’ll probably listen to these, then determine as a council what to do,” he said. “No one else seems interested.”

Bennett said his plan would initially be to install one Level 2 charger, which would be a bigger version of the ones many people put in their garages for EVs and would be able to service two vehicles at a time. If that proved successful, he said he’d like to install DC fast chargers, which are significantly faster than AC charging stations and take between 15 and 45 minutes to charge most passenger electric vehicles up to 80 percent. The charger would be tied into a network that alerts EV drivers where available stations are across the nation.

“There are more and more electric vehicles on the highways and they are continually looking for quality fast and ultra fast charge points,” Bennett wrote in his request. “Often consumers plan their vacation routes on the availability of fast or DC fast charging stations. I feel we as a community would benefit by having our city as a travel stop for future vacationers.”

Bennett said the company had other plans for the property as well, such as having connections for vendor trucks and possibly a coffee hut.