Despite an ammunition shortage reported across the nation, it doesn’t appear to be a large problem for gun owners in Powell to get the items they need. 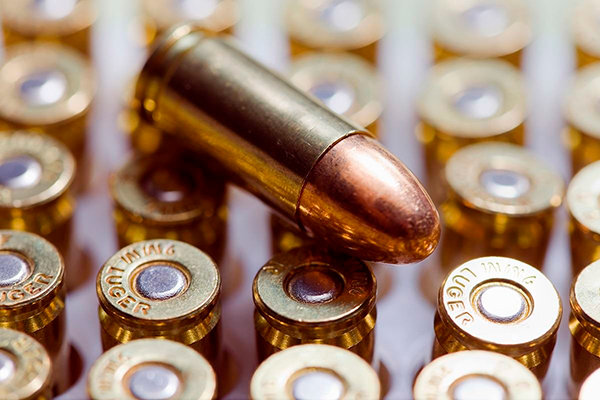 The pandemic sent gun sales skyrocketing in 2020, and an ammunition shortage followed. Local dealers say ammo supplies are scarce, but it’s not so much of a problem that they can’t keep their shelves stocked. Both Ace Hardware and Murdoch’s, which regularly sell ammunition, say they have a variety of calibers in stock.
Courtesy photo
Posted Thursday, September 2, 2021 8:10 am
By Kevin Killough

Despite an ammunition shortage reported across the nation, it doesn’t appear to be a large problem for gun owners in Powell to get the items they need.

Gun sales soared to record highs this year, according to federal statistics. The Federal Bureau of Investigation performed over 30% more background checks in the first three months of 2021 than it did in the same time period last year.

As people buy more guns, they also buy more ammunition, which led to reports across the country of a strain on supplies.

Kurt Scott, manager of Murdoch’s Ranch & Home Supply, said the store limited purchases per customer earlier in the year, but they’ve since removed the restrictions.

Paul Hoeft, sporting goods specialist for Murdoch’s, said the store’s weekly shipments never stopped coming, but they were not as large. Combined with high ammo sales, Murdoch’s was getting down to a couple boxes of some calibers.

Still, “we never really had much of an issue here,” Hoeft said.

“The shortage issue is pretty much over. There’s always things you can get more of, but there’s enough here,” Hoeft said.

Powell Ace Hardware began offering ammunition this year. Store Manager Tony Rodriguez said the business recently had to go through a different vendor as their normal supplier was out of ammo. Ace was able to stock its ammunition shelves through the other vendor with everything from 9mm to .45 rounds.

Richard Olmsted, owner of Absaroka Tactical Supply, said he had so much trouble sourcing ammunition several months ago that he hasn’t tried since. As a small dealer operating out of a home business, Olmsted said he doesn’t buy in the volumes that larger dealers do. As such, supplies can be harder to find.

“I don’t have a lot of demand for it,” he said. “I’m sure bigger shops have a lot more luck getting it than I do.”

When Olmsted ordered ammo several months ago, he’d pay double what it normally would cost, and then mark it up 20%.

“I’d still sell it no problem, but that was when there was a big shortage,” he said.

Olmsted said since he hasn’t tried to purchase ammunition for several months, he can’t say for sure how much the situation improved with the dealers he uses.