Growing up in Cody in a hunting and outfitting family, Jordan Winter learned the family business early in life. He worked for his father, guiding clients into the Thorofare for years before deciding … 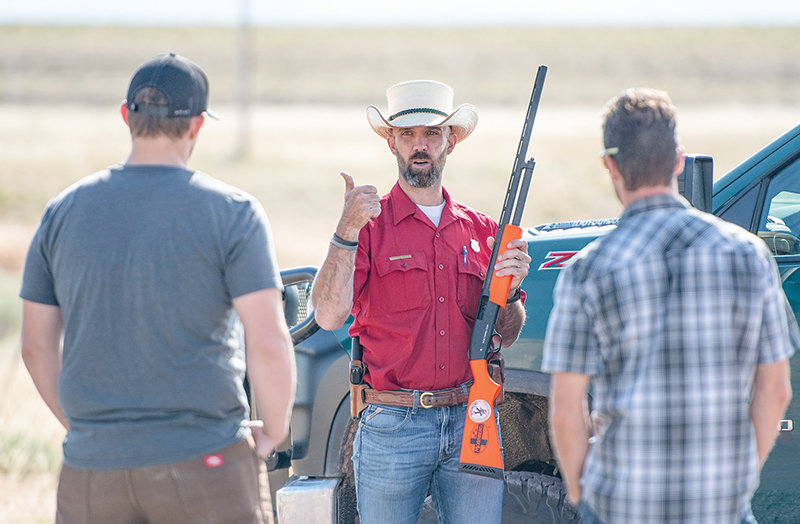 Growing up in Cody in a hunting and outfitting family, Jordan Winter learned the family business early in life. He worked for his father, guiding clients into the Thorofare for years before deciding to make the outdoors his life’s passion.

“I was always interacting with Game and Fish folk, so I decided I needed to go get my degree,” he said, adding “I’m passionate towards wildlife management and felt like being a game warden in Wyoming would be fulfilling,” he said.

He went on to earn an associate science degree at Northwest College and eventually graduated from the University of Wyoming with a bachelor’s degree in Wildlife and Fisheries Biology and Management. The planning paid off.

Winter is now living the dream. He has been named the Powell-area game warden after Queen’s retirement in July.

“Chris has been a big mentor for me,” Winter said. “He was a good example for me about how a Game Warden does the job and the responsibilities of a game warden.”

Winter began his career with Game and Fish in 2014 as a damage technician in Sheridan. Soon after, he was hired as a game warden and has served in Laramie, Alpine and Medicine Bow.  Since 2017, he has served as Access Coordinator, overseeing hunter management areas and walk-in hunting and fishing areas for the Cody and Lander regions.

Winter now lives in Powell with his wife, Ashlie and their son Ridge and is looking forward to the new challenge.

“I’m excited for the challenges that it presents and, and to learn some new country,” he said of the new territory.

He’s looking forward to meeting new folks and having the opportunity to interact with the area’s diverse wildlife. “I very much look forward to being able to help the public out and be an integral part in what they’re trying to get done.”

Queen served as the local game warden since 2005, earning a reputation as a fair, but tough law enforcement officer. He began work with Game and Fish in 1994 as a wildlife technician and served as the Kemmerer game warden from 1999 to 2005.