A primary election voting record may be in the offing today (Tuesday) as Park County voters and voters across the state go to the polls for the 2022 Wyoming Primary Election. 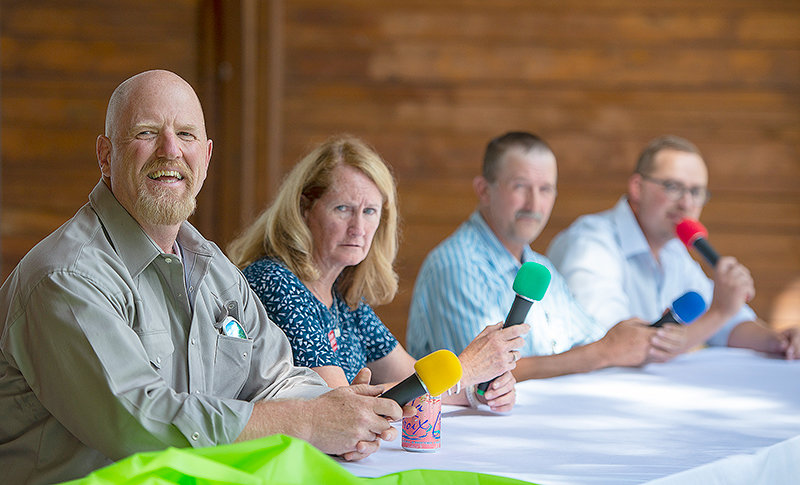 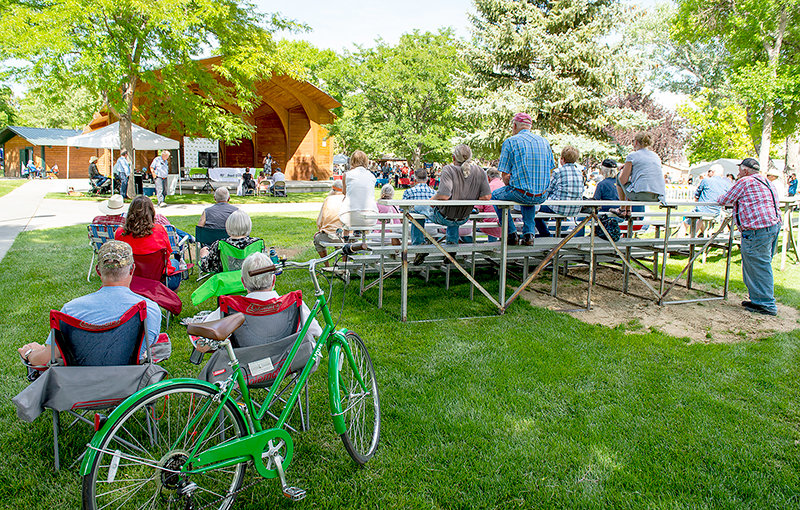 Spread throughout Washington Park, spectators at this year’s PEP candidates event stayed for the presentation despite hot weather at the 2:30 p.m. meet and greet that was followed by a thunderstorm.
Tribune photos by Mark Davis 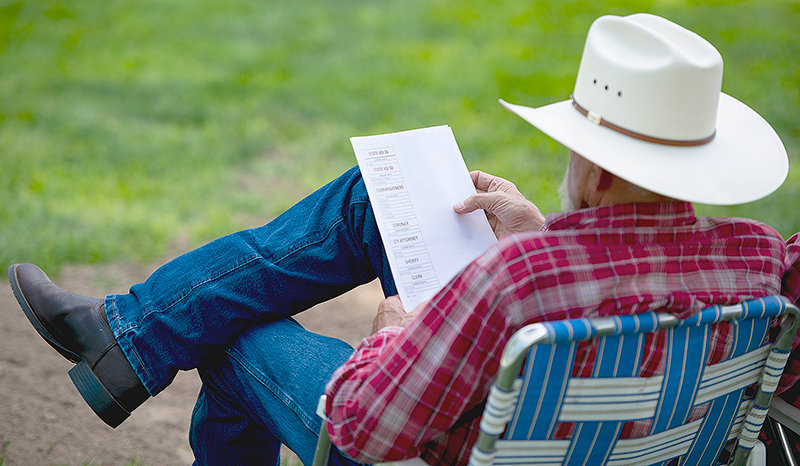 Following along with research in hand, a local voter enjoys the shade from his wide brim hat while watching candidates on stage.
Tribune photos by Mark Davis
Previous Next
Posted Tuesday, August 16, 2022 8:25 am
2022 Election

A primary election voting record may be in the offing today (Tuesday) as Park County voters and voters across the state go to the polls for the 2022 Wyoming Primary Election.

Polls are open from 7 a.m. to 7 p.m. All city of Powell voters and nearby residents vote at Heart Mountain Hall at the Park County Fairgrounds. Ten polling places will serve Park County’s 29 precincts.

Voters are reminded they will need to show an ID at the polls, a requirement of a new Wyoming law.

Interest has been high in the 2022 primary election, and by Monday, Aug., 8 the county elections office had already recorded more than 3,900 votes — a combination of early in-person voting and absentee ballots cast.

The previous record Park County vote in a Wyoming primary election was 9,560 in the off-presidential year of 2010.

The expectation in the county elections office is that the 2022 turnout and total vote will surpass 9,560 and produce a new high. The question is by how much.

The primary election race for U.S. Congress on the Republican ballot is a major draw, with attorney Harriet Hageman of Cheyenne seeking to unseat Liz Cheney in a contest that has national attention.

Legislative runoffs in Senate District 19 and House Districts 24, 25 and 26 have been hotly contested, as well as county races for county commissioner, county attorney, county clerk, county coroner and clerk of the district court.

Primary election filings of campaign receipts and expenses tell a story of costly competition for the Wyoming Legislature.

Reports from the Secretary of State’s Office in Cheyenne show expenses of more than $43,000 in the three-way Senate District 19 race on the Republican ballot. Former Sen. Ray Peterson of Cowley spent $15,034.19 in advertising to try and win back the seat he formerly held. He had contributions to his campaign of $29,107.67.

Meanwhile in Cody House District 24, incumbent Sandy Newsome reported the largest outlay of area legislative candidates. She had contributions of $44,123.67 and expenditures of $39,334.83. Her opponent in the HD 24 primary, Nina Webber of Cody, had contributions of $15,409 and expenses of $15,043.38. Each candidate said advertsing was her biggest expense.