The Heart Mountain Wyoming Foundation is proud to announce the publication of an updated edition of Douglas Nelson’s “Heart Mountain: The History of an American Concentration … 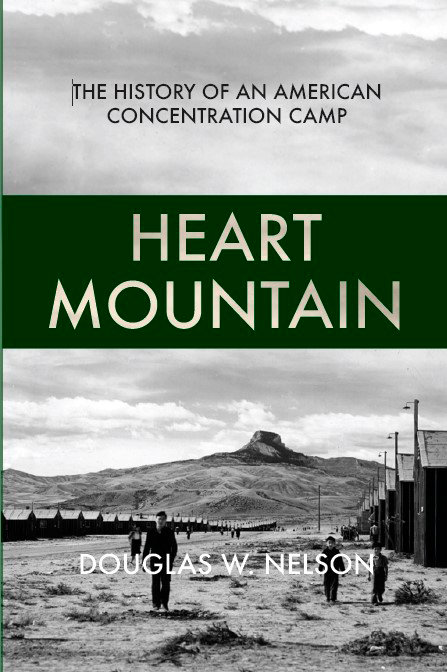 The Heart Mountain Wyoming Foundation is proud to announce the publication of an updated edition of Douglas Nelson’s “Heart Mountain: The History of an American Concentration Camp.”

Initially published in 1976, Nelson’s book was the first examination of life inside the incarceration site for Japanese Americans at Heart Mountain during World War II. It inspired a legion of future scholars and activists to know more about the Japanese American incarceration and earned a Pulitzer nomination in 1976.

The updated edition of the book includes a new chapter about the history of the Heart Mountain Wyoming Foundation, including the creation of the new Mineta-Simpson Institute. It will be part of the foundation’s curriculum for its workshops for educators sponsored by a grant from the National Endowment for the Humanities.

Nelson started his work as a graduate student in history at the University of Wyoming in 1968. His master’s thesis on Heart Mountain was eventually published by the Wisconsin Historical Society.

During his career, Nelson has been a state official in Wisconsin and then served as the president and CEO of the Annie E. Casey Foundation. He currently serves as a trustee of The Carter Center in Atlanta, a governor of the Japanese American National Museum and the vice chair of the Heart Mountain Wyoming Foundation. Over the last two decades he has been a major force in the shaping and growth of the foundation.

His book is the second published this year by the foundation. It follows the publication earlier this year of an updated edition of “Light One Candle” by Solly Ganor, which tells the story of the rescue of a Holocaust survivor from a death march by a former incarceree at Heart Mountain.

Both books are available through the Heart Mountain museum store and online at heartmountain.org.

The Heart Mountain Wyoming Foundation preserves the site where some 14,000 Japanese Americans were unjustly incarcerated in Wyoming from 1942 through 1945. Their stories are told within the foundation’s museum, Heart Mountain Interpretive Center, located between Cody and Powell. For more information, call the center at 307-754-8000 or email info@heartmountain.org.