Unlike in captive animals, disease in wildlife is often difficult to prevent, detect, and control. … 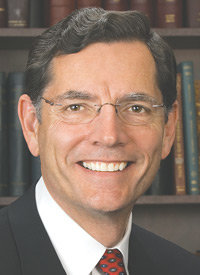 Unlike in captive animals, disease in wildlife is often difficult to prevent, detect, and control. In many cases, disease hosted in infected wildlife can be transmitted to other wildlife, domesticated animals, and even humans.

Diseases that spread from wildlife to humans pose an imminent threat to public health.

Eastern equine encephalitis, also known as ‘Triple E,’ is a virus that can cause human brain infections, neurological problems, and even death. Triple E is naturally hosted in birds and can be transmitted to people through the bite of an infected mosquito.

In 2019, 31 cases of Triple E infections have been reported to the Centers for Disease Control and Prevention. That’s an alarming 300 percent increase over the previous 10-year average. Triple E has already claimed 11 lives across the United States this year alone.

West Nile virus is hosted in birds, transmitted to people through the bite of an infected mosquito.

An average of 2,500 people are infected with West Nile virus annually, including roughly 40 people in Wyoming.

Lyme disease is hosted in birds and mammals like deer and mice. It is transmitted to people through the bite of an infected tick. An average of 33,000 people annually are reported to be infected with Lyme disease.

Disease can also spread from wildlife to other wildlife, and to domesticated animals, eradicating populations, eroding economic value and creating new threatened and endangered species.

Earlier this year, The Atlantic magazine ran an article entitled “The Worst Disease Ever Recorded.” It was about a particularly deadly fungus known as “Bd.”

White-nose syndrome has killed an estimated 7 million bats in the United States. Bats play an important role in ecosystems, including through insect control.

Largely because of white-nose syndrome, the U.S. Fish and Wildlife Service has listed the northern long-eared bat as a “threatened” species under the Endangered Species Act.

In Wyoming, the three diseases that pose the biggest threat to wildlife are chronic wasting disease, or “CWD,” pneumonia among bighorn sheep and brucellosis.

Chronic wasting disease affects deer, elk, and moose in our state, causing the degeneration of the animal’s brain, loss of bodily control, and death. It not only impacts Wyoming’s management of these species, but also the operation of everything from landfills to feed grounds. Hunters have been advised not to eat meat from animals they harvest if they test positive for chronic wasting disease.

Chronic wasting disease has been found in 277 counties in 24 states.

Brucellosis afflicts primarily Rocky Mountain elk and bison in the northwestern part of Wyoming. From a management perspective, transmission of brucellosis between elk or bison and domestic cattle is a serious concern. The bacterial disease is known to cause severe complications with the pregnancies of infected cows, resulting in economic losses for ranchers.

Also of concern is pneumonia, which has devastated Wyoming’s herds of bighorn sheep.

Many entities are responsible for managing wildlife disease.

States are the primary manager of wildlife within their respective borders — and usually play the most important role in fighting wildlife disease.

Agencies throughout the federal government also manage wildlife disease. The U.S. Fish and Wildlife Service is the primary national wildlife management agency. But it is not alone.

Other agencies within the Department of the Interior, along with the National Oceanic and Atmospheric Administration, the Department of Agriculture, and the Centers for Disease Control and Prevention, have important roles.

With so many federal and state players involved, coordination is clearly a key ingredient to improving the response to, and the management of, wildlife-borne disease.

(John Barrasso, a Republican senator from Wyoming, is chairman of the Senate Committee on Environment and Public Works. This column was adapted from remarks he made at an Oct. 16 committee hearing titled, “Examining the Impacts of Disease on Wildlife Conservation and Management.”)