Cody Gortmaker of Cody won the primary election for Park County Coroner according to unofficial results posted by the Park County Elections page.

Gortmaker won the primaries with 4,723 votes, … 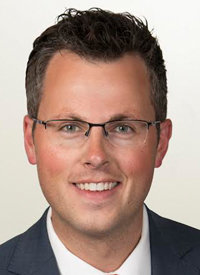 Cody Gortmaker of Cody won the primary election for Park County Coroner according to unofficial results posted by the Park County Elections page.

Gortmaker won the primaries with 4,723 votes, Gortmaker’s closest competitor Emily Denney, the current Park County coroner’s deputy, was right behind Gortmaker with 3,241 votes.  Denney did not respond to requests for comment by press time.  Zach Thompson, who had 2,056 votes and Eric Crumb who had 366 votes, also ran for the office.

“Thank you to the Park County community for entrusting me to be the nominee of Park County Coroner. There were other strong candidates and it’s an honor to be your choice,” Gortmaker said in a statement. “May all of the election winners be graceful and humble in the coming months and let’s give kudos to all of the candidates who spent a lot of time and energy in their campaigns. Thank you to my wife, children, friends, and family for giving me encouragement and support.”