Responding to a higher threat from aquatic invasive species, the Wyoming Game and Fish Commission has increased the department’s 2023 budget by more than $400,000 to hire additional employees … 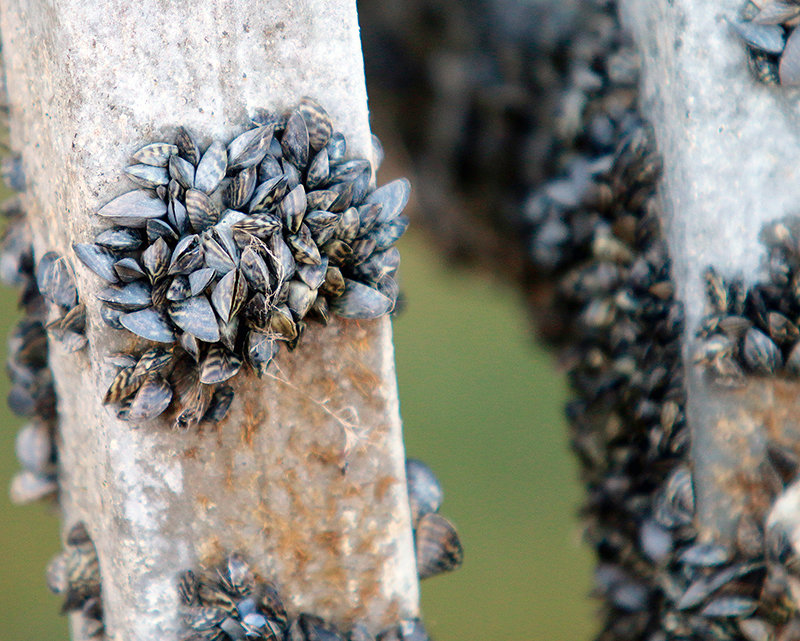 The zebra mussel is a small freshwater mussel. The species originates from the lakes of southern Russia and Ukraine, but has been accidentally introduced to numerous other areas and has become an invasive species in many countries worldwide. It could cost Wyoming millions to mitigate the damage the mussels would cause if they take hold here.
Photo courtesy Alexander Hardy
Posted Tuesday, January 24, 2023 8:20 am
By Mark Davis

Responding to a higher threat from aquatic invasive species, the Wyoming Game and Fish Commission has increased the department’s 2023 budget by more than $400,000 to hire additional employees and purchase equipment to respond to the fight to keep zebra mussels out of Wyoming waterways.

The species was discovered at Pactola Reservoir, in South Dakota — less than 30 miles from the Wyoming border. The area is popular for both Wyoming and South Dakota residents.

The department asked the commission during its January meeting for an additional 14 part-time employees to increase the force of inspectors from 52 to 66. Due to the remote areas to be covered, the department also needs campers, outbuildings and other collateral materials to sustain the added positions.

Like many private companies across the nation, the department has been finding it difficult to find employees, said commission President Kenneth Roberts, of Kemmerer.

“The labor market is tough. Really tough. I know that Utah and everybody else can’t even get anybody to do it,” he said.

In response to market conditions, the department has raised the rate of pay for the positions from $16.11 to $18.71 per hour. The rate hike was not included in the supplemental budget request. The 14 additional positions are targeting the northeast part of the state.

Typically frugal, the commission quickly and unanimously approved the added expense. The only short delay before the vote came as commissioners debated the merits of earmarking even more money and offering full-time positions to aid in the fight. But, with the 2024-25 budget being debated this coming March, they decided to table the debate and go ahead with approving the $403,500 request.

Former commission president Pete Dube, of Buffalo, asked state fisheries officials if it wouldn’t be prudent to raise the amount to $500,000 instead of being faced with additional expenses later this year. Roberts inquired about the benefits of making some hires permanent full-time positions.

They fully understand the many millions of dollars an infestation of zebra mussels could cost the state. Zebra mussels would have a huge impact on both the ecosystems and infrastructure of the waters they invade. The species attaches to structures, resulting in large build-ups of mussels on almost any surface. These accumulations have caused immense damage in other states, including to hydroelectric power plants by blocking water lines.

“We inspected over 65,000 boats — 4,000 of those were high risk which required more in-depth inspection or decontamination. And we did find 58 boats last year that had invasive mussels, and prevented them from coming into the state,” he said during remarks to open the meeting.

The department verified the presence of Asian clams, an aquatic invasive species, in Glendo Reservoir last September. The species, which is less destructive than zebra mussels, has been found in Wyoming before, identified in nearby Guernsey Reservoir in 2019 and the North Platte River in 2014.

“We’re disappointed to verify the presence of Asian clams in Glendo,” said Eric Hansen, Casper Region AIS specialist. “This is not surprising as they are established just downstream, but it is unfortunate as it highlights how AIS continues to move within the state. We urge boaters to follow the law — clean, drain and dry your watercraft after every use and stop at watercraft inspection stations.”

What to expect at inspection stations: wgfd.wyo.gov/Fishing-and-Boating/Aquatic-Invasive-Species-Prevention/Drain-Clean-Dry.