The fairways at Powell Golf Club were busy this week after the PHS golf team kicked off its season Monday — heading into the shortest fall sports season lasting just over six weeks. 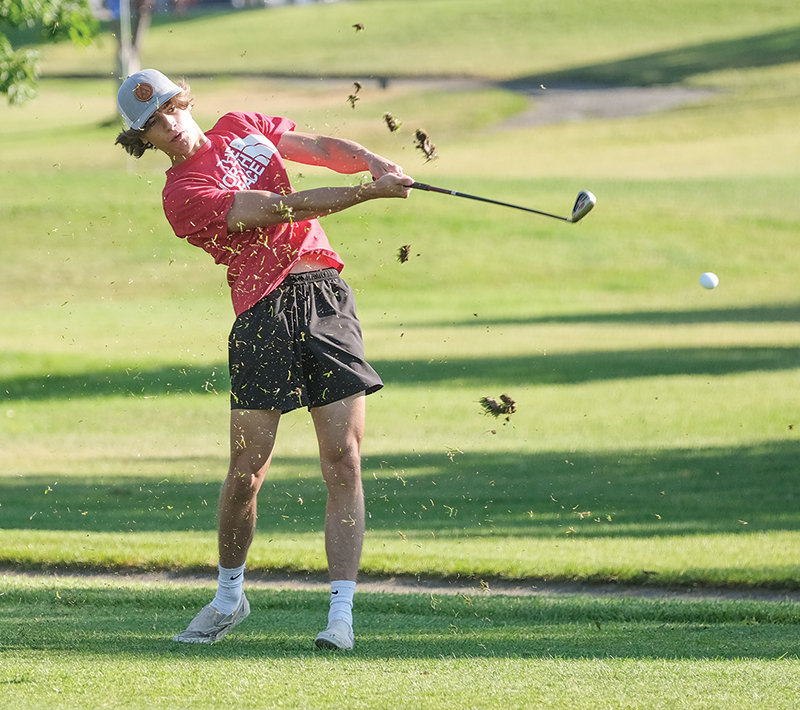 Grass flies around Panther senior Harrison Paul after a tee shot as the Panther golf team hit the course on Tuesday.
Tribune photo by Seth Romsa 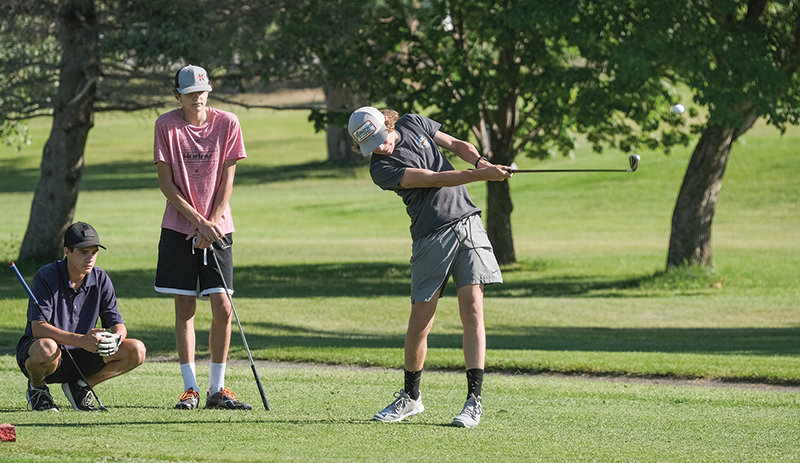 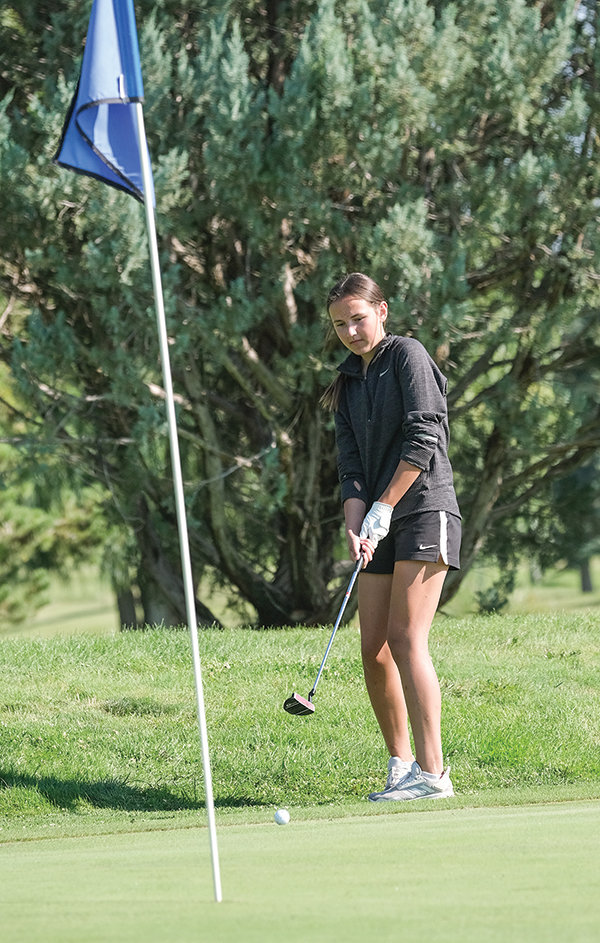 Freshman Coy Erickson watches her putt head towards the cup, joining the Panther golf team as the only girl competing for PHS through the first week of the season. The Panthers home tournament starts today (Thursday) at 1 p.m. at the Powell Golf Club.
Tribune photo by Seth Romsa 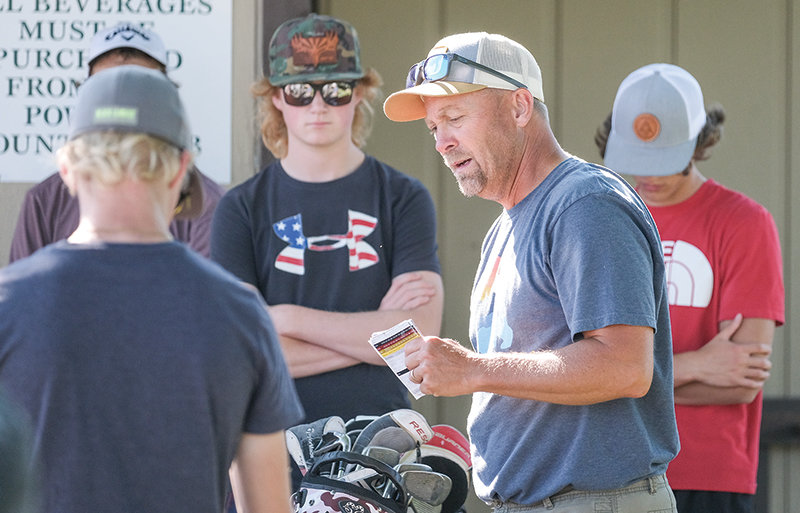 The fairways at Powell Golf Club were busy this week after the PHS golf team kicked off its season Monday — heading into the shortest fall sports season lasting just over six weeks.

Going into a new season a team sometimes faces adversity losing seniors from the previous season, this year’s edition of the Panther boys’ golf team includes every golfer who competed in conference and state last year in addition to new golfers on the team.

Through the first days of practice, Panther golf coach Troy Hildebrand said that some of the competitors on the team golfed all summer, and some were able to get some practice in just before the season started.

“We certainly have some guys that played a lot of golf and got out here in different situations,” Hildebrand said.

Last year at the state tournament, the Panthers finished No. 10 overall in the team standings, with junior Gunnar Erickson leading the way individually in a tie for 16th.

Second and third on the team last year were junior Andrew Jones and sophomore Trey Scott who both placed in the top 40 at the state tournament.

More returners include junior Isaiah Woyak, senior Seth Seibert and junior Will Jackson, who all competed either at the state tournament or conference tournament for the Panthers last year.

Another athlete who took his game up to the next level during a shortened spring season was sophomore Jackson Hill, who will compete, along with other athletes, for a chance to play on the varsity team throughout the season.

“We would like to take at least one step forward in our individual growth and our team growth,” Hildebrand said. “The biggest thing for us is managing the course, how do we make a five instead of a seven? That comes with experience, that comes with maturity, and hopefully this year we will see more of that as we grow into being more consistent.”

Currently the Panthers have one girl rostered on the team, freshman Coy Erickson, who Hildebrand believes will be able to transition into golf well thanks to her experience in other sports.

“She will be able to step in and play as much as she wants to play and is comfortable with,” Hildebrand said.

The Panthers get the honor of hosting the Panther Golf Invitational, the first tournament in the northwest portion of the state, starting Thursday (today) at 1 p.m. and continuing on Friday at 8 a.m.

Hildebrand said he hopes that the familiarity of home will help give his golfers a good baseline to build on for the rest of the season.

The Panthers remain close with another tournament next week, heading to Cody to compete on Tuesday and Wednesday. Start times have not been announced yet.