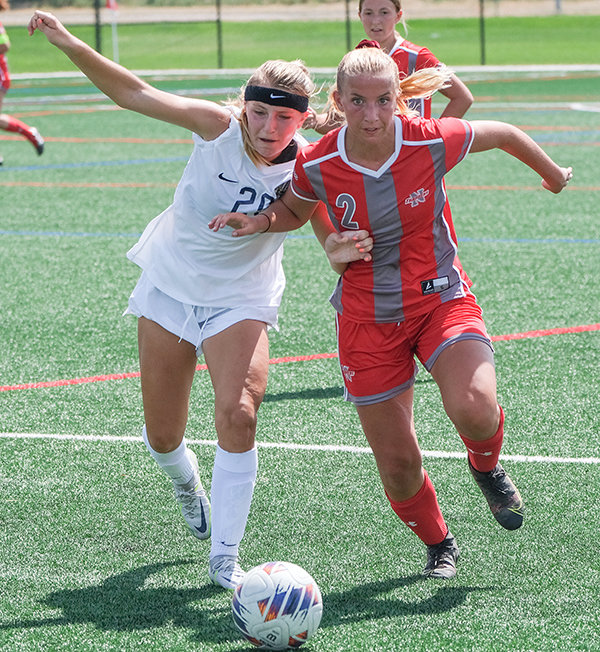 An exhibition tour through Montana showed the strengths and weaknesses of the Trappers women’s soccer team this past week — playing three games in four days against top competition.

Trappers coach Rob Hill said that he was impressed with his team’s abilities the first day against Rocky Mountain and following up against the University of Providence. However, the constant traveling and warm weather caught up to the early season condition of the Trappers.

He said the season’s first game at MSU-Billings gave the team extra motivation and their conditioning showed on Saturday.

Since the early season contests were exhibition games, they do not count against the Trappers record in the long run, but Hill said the manner in which the Trappers lost on Saturday showed some room for improvement in the team.

“It wasn’t the amount that we lost by, it was the manner in which we lost by,” Hill said. “We were getting beat to every ball, they were out-competing us, beating us to first and second balls and then they smelled blood and capitalized.”

Hill felt like it was a good wake up call for the team, since he felt that Northwest looked like a high school team transitioning to a college team competing against a college team.

After the final match of the week, Hill said that he took away only positives from the game; observing areas the Trappers were weak in, and turning those into items to look at and improve over the coming weeks.

He said that earlier in the matches against Rocky, the team was able to press better and show better hustle against the Battlin’ Bears — showing the team’s potential before the fitness levels set in.

He said the tough early season games give the Trappers the opportunity to learn before heading into more meaningful games when they start conference play at the beginning of September.

The Trappers will now head on one of the longest trips of the year, heading to Reno, Nevada, to take on Truckee Meadows Community College on Thursday (today) and Friday.

Northwest will remain on the road for the remainder of August before its home opener Sept. 3.