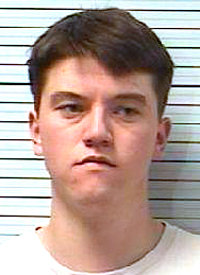 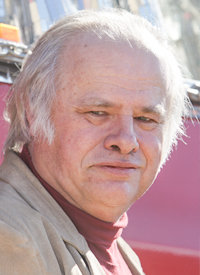 “My family and I were looking forward to seeing Dennis … and listening to him regale us with stories about what was really his greatest passion — and that was teaching and preparing young adults for life, to be successful in life, for nearly 50 years,” recalled his brother, David. “... Instead, our lasting memories of Dennis will be focused on trying to imagine what he experienced and felt that fateful day.”

Dennis Brophy was walking to a mechanic’s shop when, in front of Rimrock Tire, he was struck by a Toyota Camry driven by Shay Dillon.

Dillon later explained to police that, while he’d looked to his left for oncoming traffic, he never looked right for oncoming pedestrians before pulling onto Coulter Avenue. When his car came to an unexpected stop on Sept. 23, Dillon got out and saw that his tires appeared to be fine. But he did not see the 75-year-old Brophy — who was trapped under the front of the car and banging on the bumper. Dillon then got back into his vehicle and tried pulling further forward, dealing further injuries to Brophy that would prove fatal.

At a hearing in Park County Circuit Court last week, a prosecutor described the accident as inexplicable.

At the July 20 hearing, Dillon pleaded no contest to vehicular homicide, a misdemeanor offense that applies when someone drives in “a criminally negligent manner” by making “a gross deviation from the standard of care that a reasonable person would exercise.”

After hearing a request from the defense for probation and a request from the prosecution for a year-long jail sentence, Circuit Court Judge Bruce Waters ordered Dillon to serve a total of two months behind bars, followed by roughly 10 months of unsupervised probation. While saying he had no doubts that Dillon was remorseful and that the incident was an accident, Waters said he did not believe probation alone was appropriate given the loss of life. The judge also noted that Dillon had two prior driving violations in the year before the fatal accident.

Brophy’s brother David told the judge, that while he personally struggles to understand's Dillon's actions, he believed Brophy would have wanted the incident to be forgiven as an accident and “would not have a desire to seek any more pain inflicted.” David said he trusted the state to recommend the appropriate the level of punishment, but said he wanted to see that Dillon was remorseful and understood the gravity of his negligence.

“... My hope,” he said, “is that Mr. Dillon views this event as a tragic lesson to be carried with him, and that he will move forward in his life fully committed to the preservation of others’ lives by not repeating past mistakes.”

In his remarks to the court, Dillon pledged to work to help people, saying that’s all he’s ever wanted to do.

“I’m just trying my hardest to keep straight and not cause any more trouble,” he said, “because I don’t ever want to affect someone’s life like I have or his family’s.”

The 22-year-old also apologized to Brophy’s loved ones.

“I am sorry for the events that have happened to him,” Dillon said. “This is the worst thing that has ever come about in my life and it’s the hardest thing I’ve ever had to deal with.”

While saying he’s dealt with difficult situations in his life, “nothing has compared to … what happened to me and Mr. Brophy that I, in this extreme incident, was a part of his passing,” Dillon said as he fought through tears.

Dillon’s girlfriend, mother and counselor all spoke about how the incident has deeply impacted him.

“Before this, he didn’t have a care in the world about anything; he was kind of just going day-by-day,” said his mom, Kim Dillon, but this “shook his world.”

“It’s changed him; it’s made him realize that life is short,” she said.

His girlfriend, Taeli Hessenthaler, added that, “This was a freak accident that could happen to anyone. But there’s not a day that he won’t think about this, and he won’t feel remorse for this.”

Hessenthaler called her boyfriend the best person she knows and his employer described him as a conscientious employee and hard worker.

Dillon’s defense attorney, Travis Smith, argued that Dillon was an appropriate candidate for probation for several reasons — including pointing out that his client had already suffered.

“This is a remorseful young man with a future; someone who has let this sink in and learned from it,” Travis Smith said. “He’ll never fully recover from it, nor will anybody, from the first responders to certainly the family of the deceased.

“This is one of those cases that that is enough,” he said.

Travis Smith also referenced four other vehicular homicide cases he’d defended in Park County Circuit Court. While each was different — ranging from a recent high school graduate who ran through a stop sign and killed a young Marine to a mother who clipped a motorcyclist on her way to church — the defense attorney noted that three of the four cases resulted in probation; the other resulted in nine months of jail time, but involved a driver who was driving with a suspended license.

However, prosecutor Saige Smith said this case was different because it involved a pedestrian — and she said it wasn’t fair to craft a sentence based solely off of Dillon’s feelings.

“You heard from his witnesses today how he has so much to offer, he has a whole life to live and a lot to still give,” the prosecutor said. “But Dennis Brophy is not going to be afforded that same kindness.”

The prosecutor also charged that Dillon was still failing to recognize the impact of his actions.

“He says, ‘what happened to me’ and that he was ‘a part’ of Mr. Brophy’s passing, but I think that this still fails to recognize the larger problem,” she said.

As he mulled an appropriate sentence, Judge Waters honed in on Dillon’s past driving record, something that neither the prosecution nor the defense brought up in their remarks. There was an instance of careless driving in December 2019 that led to a crash and landed Dillon in a Billings hospital — his mother said he was “lucky to be alive” — and an arrest for drunken driving the month before he hit Brophy.

“That causes me a lot of concern,” Waters said before imposing jail time.

Dennis Brophy was a well-known resident in Powell, both as the owner of a collection of ostentatious vehicles and as a psychology professor at Northwest College, where he taught for more than 40 years. Brophy also was a philanthropist, helping fund scholarships and the purchase of artwork at NWC and his alma mater, Washington University in St. Louis.

Although Judge Waters didn’t know Brophy, “it sounds like he was an excellent citizen, a wonderful person, probably a very good professor who obviously cared about people,” he said, offering his condolences to Brophy’s family.

Dillon’s counselor, Cory Carpenter, said he believed Dillon was on the right track to learn from the accident and move forward. The counselor added that Dillon can help raise awareness in the community to be cautious.

“It’s actually raised my own awareness when I’m driving,” Carpenter said, “that can happen if you’re not really watching out.”

Dillon hasn’t driven since the accident and he’ll remain prohibited from driving until at least the end of his year-long probationary stint.