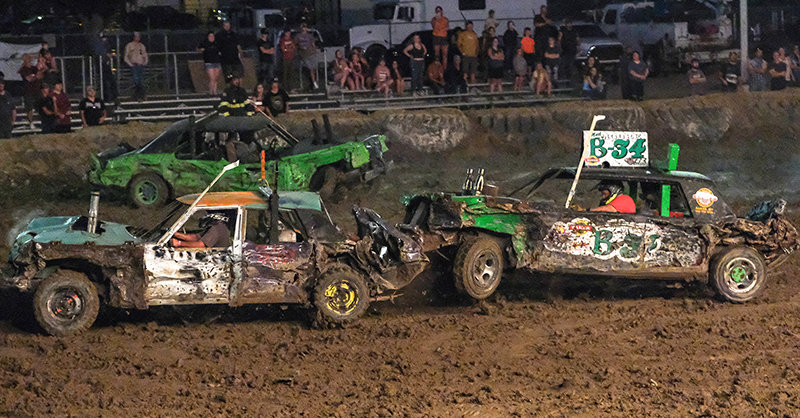 Trent Gillett (left) was the victor of the limited weld final, but was closely followed by Neil Moore (right) who attempts to rear-end him during the demolition derby on Saturday.
Tribune photo by Seth Romsa 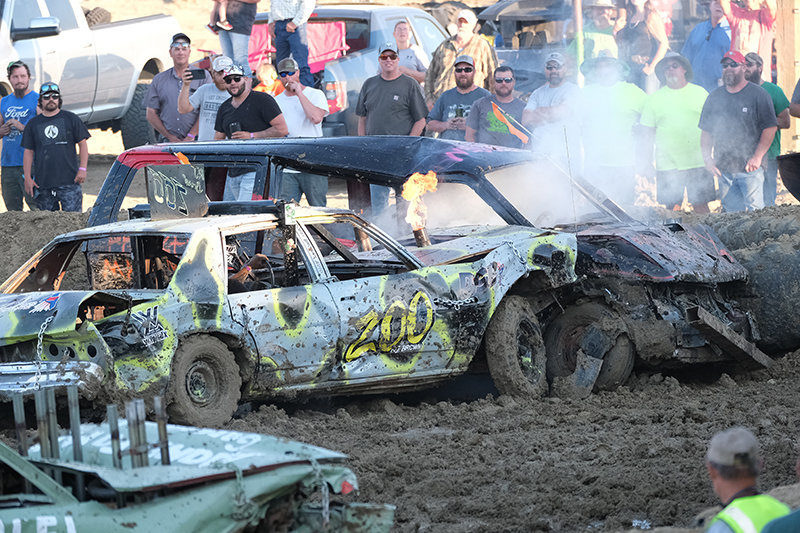 Robby Brown crashes into the side of Wyatt Peterson’s van during the chain-up derby on Saturday.
Tribune photo by Seth Romsa 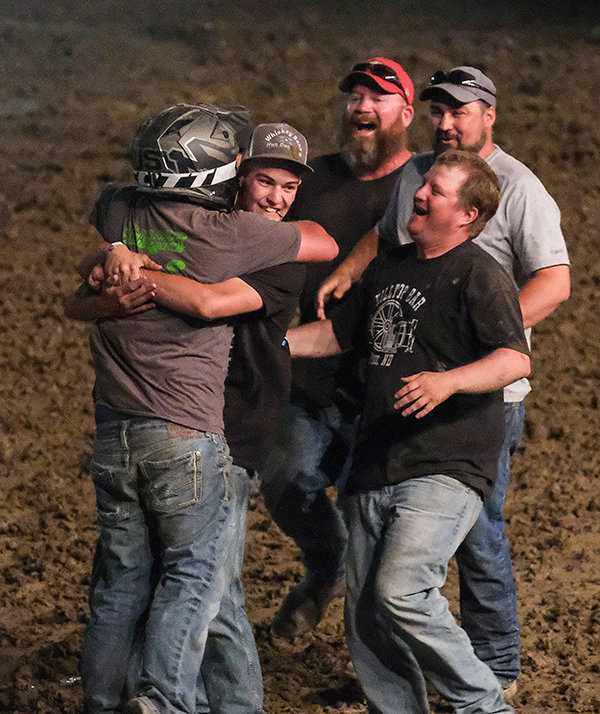 Friends and family rush to hug Trent Gillett after he took home the top prize of $3,500 in the limited weld final.
Tribune photo by Seth Romsa

Matt Lennon (right) and Sean Moore (left) collide in the corner, trying to vie for positioning during the truck heat.
Tribune photo by Seth Romsa
Previous Next
Posted Tuesday, August 2, 2022 8:15 am
By Seth Romsa

The derby brought around 20 competitors and a packed arena to the Park County Fairgrounds and dished out more than $14,500 in prizes.

The big winner of the night was Trent Gillett, who took home $3,000 for winning the limited weld finals. Gillett was also named the overall mad dog, taking home an additional $250 for that honor.

In the trucks, Kelly Herrick avenged a second place finish from last year, finishing in first place and taking home $1,500.

Mad dog for the trucks was awarded to Herrick.

A split second decision was made and second place was called a tie between Jordan Gibson and Crandall Lennon, who each earned $400. The mad dog was split between all three competitors.

A second-place prize of $750 went to Justin Howe, and third place went to Brad Poley for $250.

Robby Brown was named the mad dog for the chain-up competition.

Trophies were awarded to first, second and third place in each competition. Additional earnings were awarded for hit pin flags and heat winners.