It would be disingenuous to say the money newspapers receive from publishing public notices is not important; however, newspapers view it far from being a subsidy, but part of their business of … 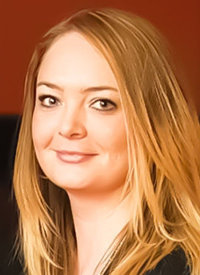 It would be disingenuous to say the money newspapers receive from publishing public notices is not important; however, newspapers view it far from being a subsidy, but part of their business of keeping the public informed.

In the past, the Legislature has expressed the need for maintaining an open and accountable government. So, the question to this Wyoming Legislature is, does taking away notices from newspapers and newspaper websites and limiting them to government-run websites give more access to the people of Wyoming?

Because it seems as though the priority in the Legislature right now is to side with government agencies in evading responsibility and not government transparency — that civic duty should be diminished under the guise of efficiency, and less openness and access are options to consider in Wyoming.

Wyoming citizens are entitled to the greatest possible information.

“The courts, Legislature, administrative agencies, and the state, county and municipal governments should be ever mindful that theirs is public business and the public has a right to know how its servants are conducting business,” the Wyoming Supreme Court wrote in Sheridan Newspapers, Inc. v. City of Sheridan.

Notices are published in newspapers and their websites because people know to look there for information. When people search the internet for specific information, they typically ignore everything else. Everybody knows this. Everybody does this. Posting only on government sites is not giving notice to Wyoming citizens. It is, at best, a passive attempt at transparency.

Wyoming newspapers, as the fourth estate, believe publishing notices is an important function of providing Wyoming residents third-party, permanent access to their business.

Additionally, as private sector, Main Street businesses, Wyoming newspapers have handled the role of stewards of public notice ably for decades because they are accessible, archivable, independent and verifiable. Along with open-meetings and freedom of information laws, public notices are an important part of government transparency.

Wyoming Press Association President Kevin Olson put it well when he said to the WPA legislative committee, “On behalf of Wyoming’s citizens and taxpayers and our duty as the Fourth Estate, we cannot back down from any transparency item that’s clothed in ‘budget cutback’ or ‘too hard’ or ‘too much time’ from government bureaucracies.”

The WPA legislative committee recently released another video in a series focusing on the essential service Wyoming newspapers provide for getting credible, verified information out to their communities, and their watchdog role to ensure local and state governments act in the interest of its people. The video ends with a call to action to sign a petition to protect the sunshine laws in our state.

Wyoming needs to ensure that their representatives and civil servants err on the side of transparency and support democracy through real notice and access.

(Darcie Hoffland is the executive director of the Wyoming Press Association, based in Cheyenne. The association represents all 41 legal newspapers in the state — including the Powell Tribune — while working to enhance the industry so it can continue to better serve the people of Wyoming.)