Powell, WY
Clear, 32° F
How Does Your Garden Grow?

There is a plant that, according to legend, offers magical protection, permits you to see fairies and was in the Garden of Eden. It includes over 200 species, is a member of the legume family, and is …

How Does Your Garden Grow? 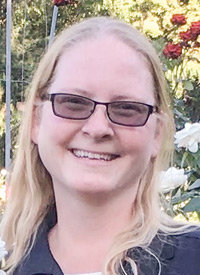 There is a plant that, according to legend, offers magical protection, permits you to see fairies and was in the Garden of Eden. It includes over 200 species, is a member of the legume family, and is found in many parts of the world. This plant is the clover.

The Celts regarded the fourth leaf as a representation of God’s grace. Because the clover was a symbolization of spirituality, they attached it to the spiritual realm and used it to keep away evil. Children in countries around the world would go to significant lengths to find a four-leaf clover. They thought if they found one, they could capture a fairy and obtain a wish. Legends also disclose that the clover is a valuable plant to grow.

According to folklore, the clover had medicinal properties and was employed by the Scottish as an analgesic. They also prepared a drink out of the clover flower that made a person nimble and stronger.

The clover plant was additionally a blood purifier, used to temper lunacy and a curative for poisonous bites. In a time of famine, the Irish ate clovers and their flowers.

In the past and present, clovers are cultivated as feed for livestock and used as a cover crop. The clover plant is very valuable for your soil and bears many uses in landscaping. The clover takes nitrogen from the air and transfers it down to its roots, producing nitrogen-rich soil. Nitrogen is crucial because without it a plant cannot grow taller or generate enough food.

We can use clover plants as a low-maintenance ground cover, it stays lush with a little watering, no fertilizer and it does not need mowed regularly. Clover patches can out-compete weeds fairly effectively, which will diminish the need to apply herbicides. Furthermore, the flower attracts bees and other pollinators. While pollinators do not seem to pay attention to if a clover has three or four leaves, people yearn to discover one. Seeing that the odds of finding a four-leaf clover are one in 10,000, here are some techniques to increase your chances.

The best time of year to find one is in early spring. The choicest place to search is in a shaded section. Scan the area from a distance without fixating on any details and gently caress the clovers with your foot to ensure that you see all the layers. A concise scan seems to maximize the number of opportunities for spotting a four-leaf clover in the briefest amount of time.  Keep meticulous records of where you have searched because the area you find one you are prone to encounter another.

I would love to leave you with a couple fun facts about four-leaf clovers:

The four-leaf clover results from genetic mutation and it can have more than four-leaves. The Guinness Book of Records recorded one with 56 total leaves. It is said Abraham Lincoln brought a four-leaf clover with him frequently, except on the night John Wilkes Booth assassinated him.

Good luck with your clover hunt and thank you for reading. Please email me with your questions, concerns and comments katherineclarkson2@gmail.com.

(Katherine Clarkson is the president of the Park County Master Gardeners. She lives in Wapiti.)

How Does Your Garden Grow