Bighorn Animal Care Center expands in more ways than one

Bighorn Animal Care Center expands in more ways than one 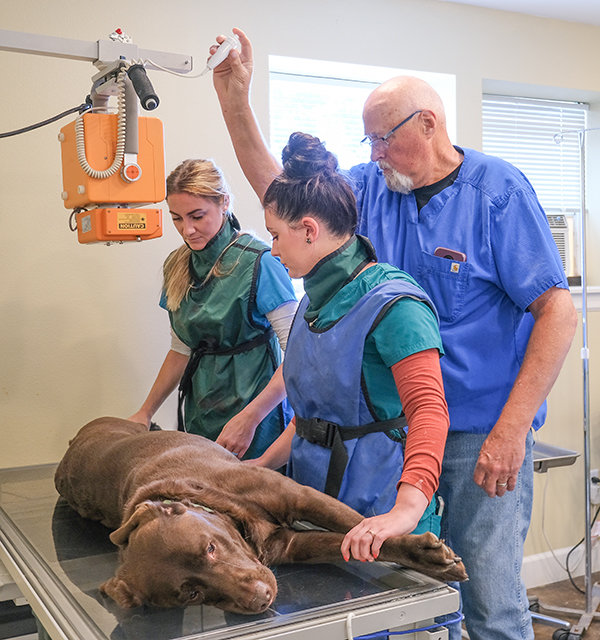 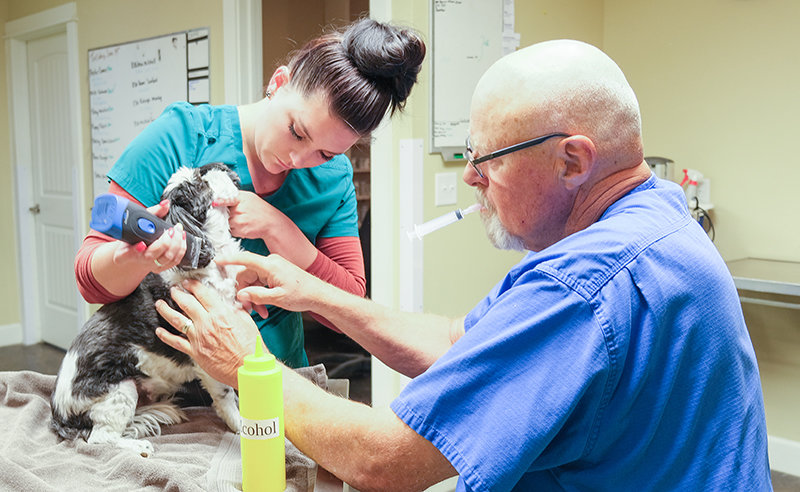 Sara Calvert helps Dr. Acker give Daisy a shot in the large treatment room at the clinic. The new location has a lot more space. With the upgraded lab equipment, they are able to get test results much faster than they could before.
Tribune photo by Kevin Killough 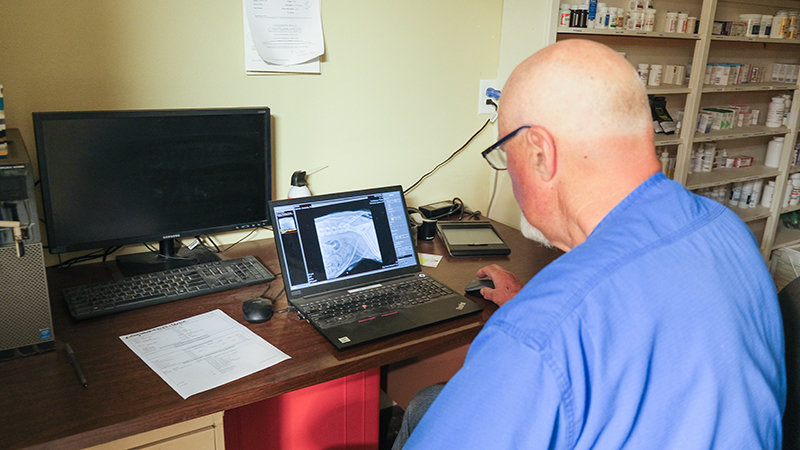 Dr. Acker examines the X-rays of a dog. The laptop communicates with the X-ray equipment in the neighboring room via Bluetooth, producing an image nearly instantaneously.
Tribune photo by Kevin Killough
Previous Next
Posted Wednesday, June 22, 2022 8:10 am

Dr. Ray Acker, veterinarian and owner of Bighorn Animal Care Center, has been caring for Powell animals since 1980. Last year, when Red Barn Veterinary Services closed, Acker bought the building and moved the clinic a step closer to Powell.

The new location is more than just an expansion in square footage. The clinic has a modern layout and new, upgraded equipment, all of which Acker said will greatly improve the care they provide.

Acker’s career could have gone an entirely different direction. He grew up on a ranch in West Texas and was accepted to medical school at the same time he was accepted to veterinary school. He decided he didn’t want to be cooped up in a hospital all day, so he chose the veterinarian route.

“It was a hard decision, but I decided I’d be happier doing this. I grew up taking care of animals,” he said.

In the expanded animal care center, pet owners now bring their pets in one door, and after the animals are released, they exit through a separate door. This will avoid any unnecessary interactions between the pets, which don’t always go well.

They have two exam rooms, and then there is a large treatment room where they have a whole new and improved lab system. Acker and his vet techs can do a complete blood count in two minutes. They can do organ profiles of the liver, heart, or pancreas in just 10 minutes.

“It would take me a lot longer at the old place. Now, I get answers fast,” Acker said.

“I think you could probably diagnose that,” Acker said, pointing to the clear X-ray of an animal with a broken pelvis. The owner had brought it in after it was hit by a car.

The machine itself is in the surgery room and communicates to the laptop in a darker room via Bluetooth. The machine is mobile and can be rolled over to the operating table, or out to another room for a larger animal.

The center also has a new dental machine with ultrasonic polishers, and an Engler anesthesia unit, which has no rebreathing. All the exhaled air is piped out of the room. Acker said his cases do much better with the new equipment.

“We jokingly call it our anesthesiologist in a box,” Acker said.

Attached to the clinic is a whole separate room with a garage-door entrance for the larger animals. They have horse stocks for restraining the patients, and there’s a padded pen for when they have to anesthetize a large animal. Animals might get a bit rowdy when they wake up, and the padding keeps them from injuring themselves.

Bighorn Animal Care Center is located east of Powell, at 759 U.S. Highway 14A. To make an appointment call 307-754-4192 or visit www.bighornanimalcare.com.