Following two straight state team titles, Panther track coach Scott Smith added to a successful season by being named the Wyoming Coaches Association 3A girls’ track Coach of the Year for the … 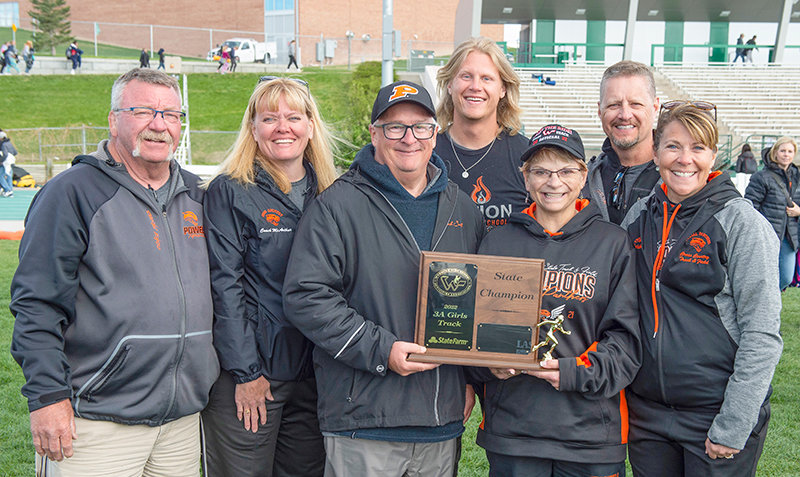 A successful season ended in a state championship and additional honors for the Panthers’ coaching staff as they posed with the trophy following the state meet in May. From left: Nevin Jacobs, Tracy McArthur, Scott Smith, Sean Munger, Shelley Heny, Dan Hunter and Ashley Hildebrand.
Tribune photo by Mark Davis 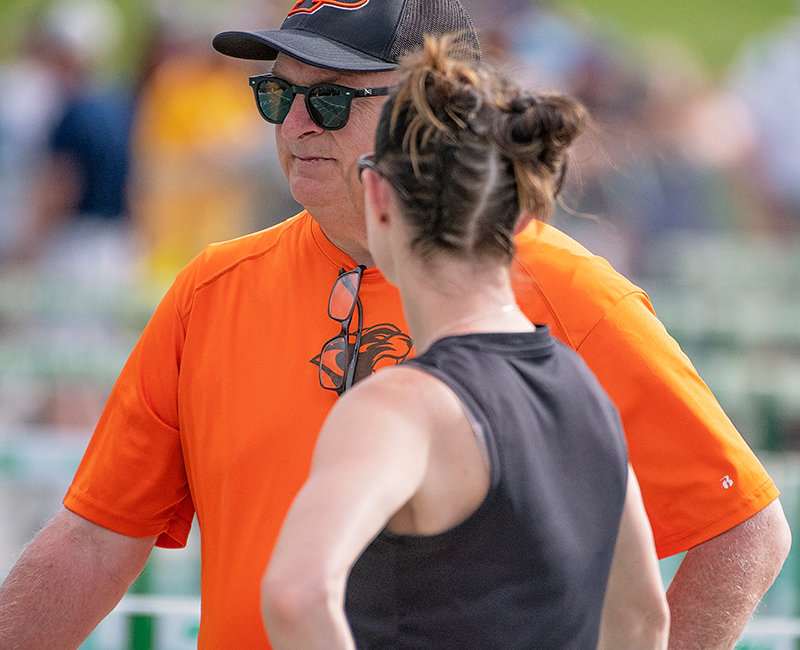 Scott Smith was named the 3A Girls’ Coach of the Year for the second year in a row by the Wyoming Coaches Association after leading his team to another 3A girls’ state track title.
Tribune file photo by Carla Wensky
Previous Next
Posted Thursday, June 23, 2022 8:25 am
By Seth Romsa

Following two straight state team titles, Panther track coach Scott Smith added to a successful season by being named the Wyoming Coaches Association 3A girls’ track Coach of the Year for the second year in a row.

“It is always an honor to win the award, but it really represents that our entire coaching staff was recognized for the excellent job each individual coach contributes to the team,” Smith said.

He said the athletes continued to make the difference this year once again, running into a large challenge when the coaching staff needed to tell kids to back off a bit as they started to get injured or break down.

He said that throughout the season he stressed to his team the need to improve every day and at every meet, and he said he felt the Panthers were at their best when it counted.

Smith added that harsh weather was a factor that held the team back from being the best version of themselves, but he was impressed by the athletes’ ability to take care of themselves during the conditions they encountered during regionals and state competition.

Nominees for the award come solely from the first and second place teams at state and are voted upon by the teams.

A member of Smith’s coaching staff also received an honor. Ashley Hildebrand, who serves as both high jump and a distance coach, was named one of two Outdoor Track Assistant Coaches of the Year.

Assistant coaches of the year are nominated across all classes between boys and girls, and only two are selected. Smith said that Tracy McArthur was also a coach that was nominated for the honor from Powell.

Even after being named the girls’ coach of the year, Smith looked back fondly on the boys’ team and the excitement that was felt when it won the regional championship this season.

“It has been quite a while since most of them had been part of a team title, and they were extremely excited when it was announced,” Smith said.

Looking forward to next season, he said a state title is always a goal, but he hopes the program will bring in a lot of kids who want to have fun with track and continue to improve all season long.

“We really want to get as many kids to earn as many individual and relay medals as possible, then let the guy push the button on the computer to total up the team points,” Smith said.