Artwork of Carol Hartman to be displayed at Plaza Diane

Carol Hartman’s artwork will be on display at the Plaza Diane from Aug. 18- Sept. 13.

An opening reception with Hartman will be at the Plaza Diane Thursday, Aug. 18 from 7-8:30 p.m. Hartman …

Artwork of Carol Hartman to be displayed at Plaza Diane 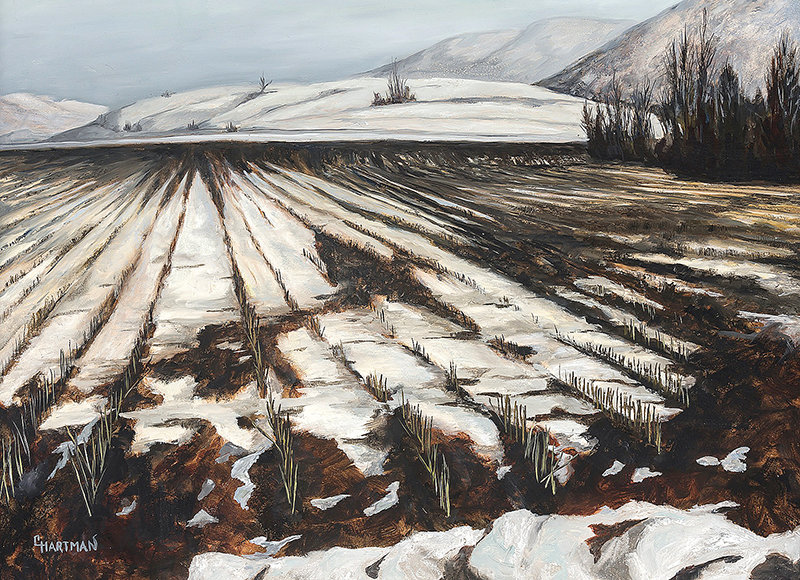 This painting titled ‘My Father’s Field’ will be one of many featured at an opening reception for artist Carol Hartman this Thursday at Plaza Diane in downtown Powell.
Courtesy image
Posted Tuesday, August 16, 2022 8:10 am

Carol Hartman’s artwork will be on display at the Plaza Diane from Aug. 18- Sept. 13.

According to an artist bio provided by the Plaza Diane, Hartman was born and raised near Brockton, Montana, along the Missouri River. After graduating high school, Hartman attended Montana State University Bozeman and then California State University Fresno. Hartman taught at the latter and her work was exhibited both nationally and internationally over the years. She came back to Montana in 2009 to paint full time.

Hartman employs “personal interpretations” of history’s effect on the West which allows “more expressiveness in her paintings.”

“If you see a small RV trailer with ‘Painters on the Fly’ written on it traveling along the Missouri River and the Oregon Trail, it just might be me,” Hartman wrote in the bio.