With hotel plans on hold, city to return $2.6 million in state funding

Plans for a proposed hotel and conference center in Powell have been delayed again, and at the hotelier’s request, the state funding allocated for the project is being returned to the Wyoming …

With hotel plans on hold, city to return $2.6 million in state funding 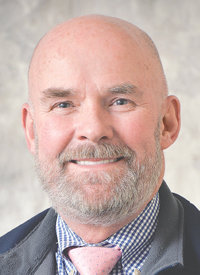 Plans for a proposed hotel and conference center in Powell have been delayed again, and at the hotelier’s request, the state funding allocated for the project is being returned to the Wyoming Business Council.

The Clocktower Inn of Powell, which was expected to have a total cost of around $10 million, represented a public-private partnership between Billings developer Steve Wahrlich and the City of Powell.

In September 2018, the Business Council agreed to provide $2.6 million to the city for a conference center, which would be attached to a 75-room hotel owned by Clocktower Inn of Powell, LLC.

The project was expected to break ground in July 2019, but it has faced a number of delays. Wahrlich had trouble getting the hotel side of the project financed, and then the COVID-19 pandemic decimated tourism.

Construction costs are now pushing the project’s costs outside its budget, and Wahrlich decided it was time to ask the state to take back the funding, which has been sitting unused.

“I’ve held up the Wyoming Business Council for years, and I didn’t think it was right,” Wahrlich said in a Tuesday interview.

The developer said he still intends to build the hotel, perhaps modified to be smaller and perhaps without a conference center. However, Wahrlich said it could be next year or later before they break ground, depending on when construction costs come down.

On Monday, the council approved a letter to the Business Council that explains the city is no longer interested in the state funding, as Wahrlich’s company has taken a different direction with the project.

“It is with a heavy heart,” Mayor John Wetzel said at Monday’s city council meeting. “We’ve worked hard to try to keep them in the game.”

The grant had no specific timeline for the funding to be utilized. Wetzel said the Business Council had been in talks with the hotelier and the city about possibly adjusting the grant to support the increased cost of the construction, but the developer didn’t want to pursue that option.

The mayor said he still hopes the hotel will be built. He praised the work of Christine Bekes, former executive director of the Powell Economic Partnership, who was instrumental in coordinating the efforts to secure the state funding.

“It would have been nice to get it pulled off,” Wetzel said.

Under the Wyoming Business Council’s grant agreement, Clocktower Inn of Powell would have held a 20-year lease on the publicly owned conference center, with an option to purchase it after 10 years. The total lease payments after 20 years would have equaled the $2.6 million WBC grant — meaning if all went as planned, the city and state would have recaptured all of the public funds from leasing the conference center or selling it to Wahrlich.

When plans for the Clocktower Inn of Powell move forward, Wahrlich said he might approach the Business Council for a new grant to support a conference center, should he decide to include one.