With an aging workforce, what's the future of farming?

Val Murray was born and raised in Powell. She and her two brothers are the fourth generation of Murrays to farm, and this year will be the 105th crop year for the family farm operation, Murraymere …

With an aging workforce, what's the future of farming? 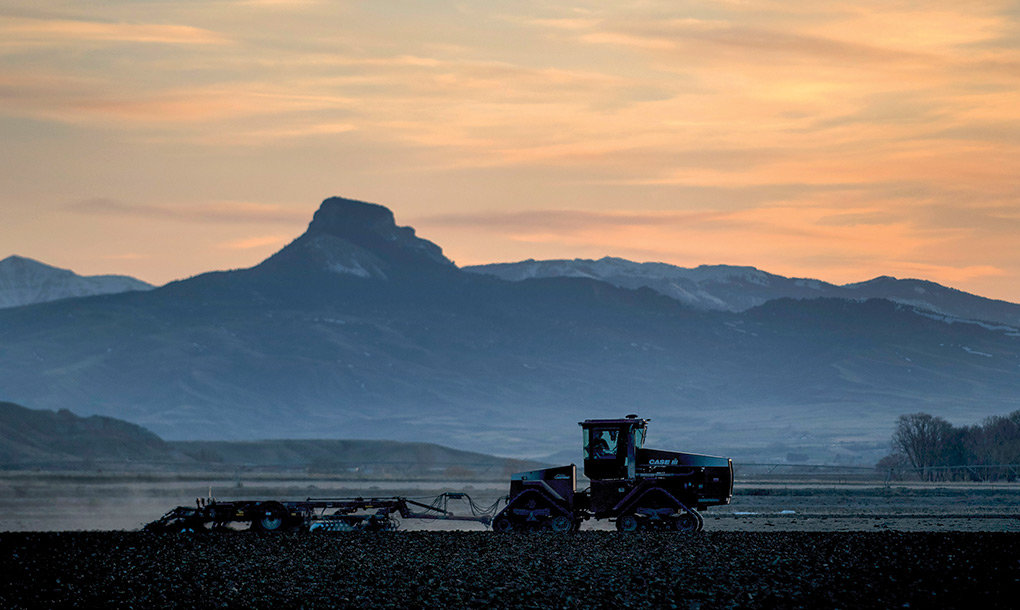 A farmer conditions his field after harvest last fall. Fewer young people are getting into production agriculture, and the industry is rapidly changing.
Tribune photo by Mark Davis 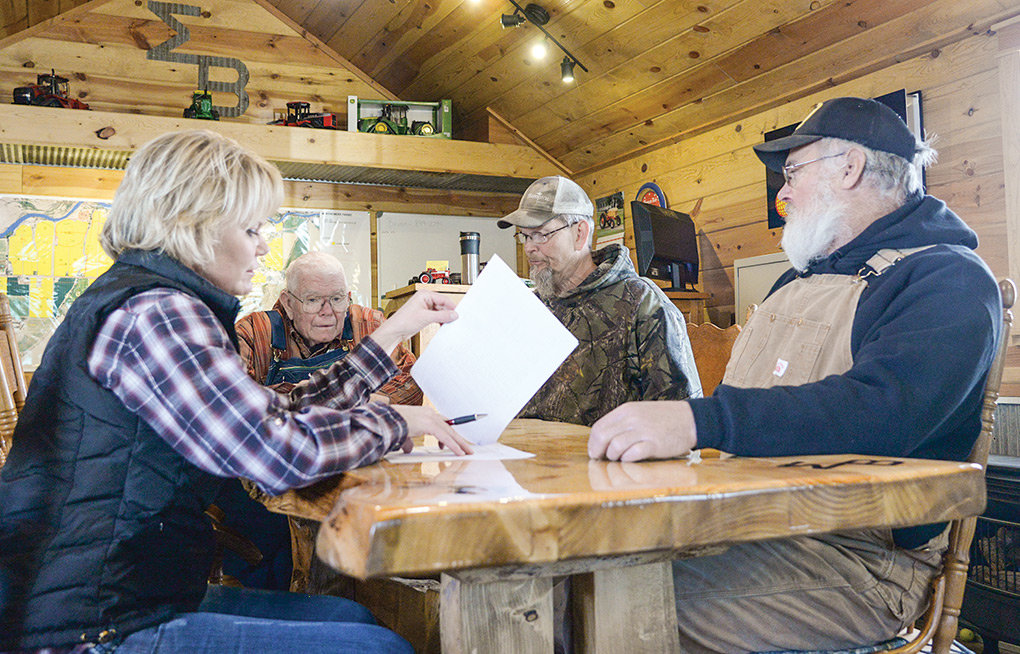 Val Murray, at left, discusses business with her father, Keith, and brothers Bryon and Kenton, during a Friday morning meeting at the farm office.
Tribune photo by Kevin Killough 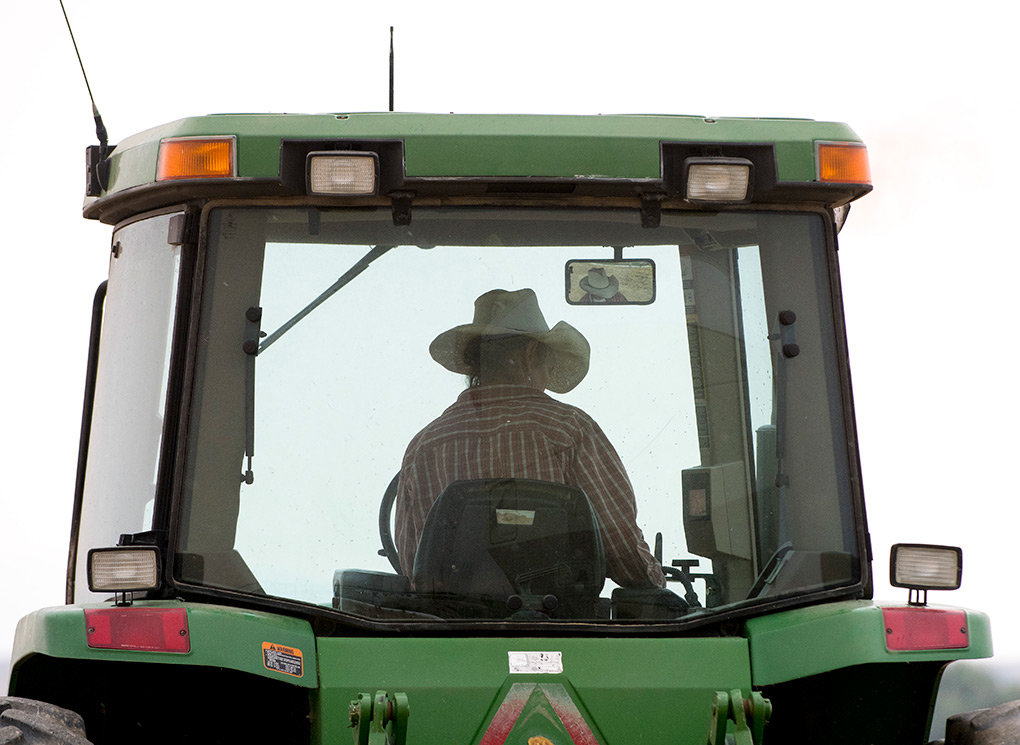 Anita Robirds drives a tractor in a field east of Powell during last fall’s harvest.
Tribune photo by Mark Davis 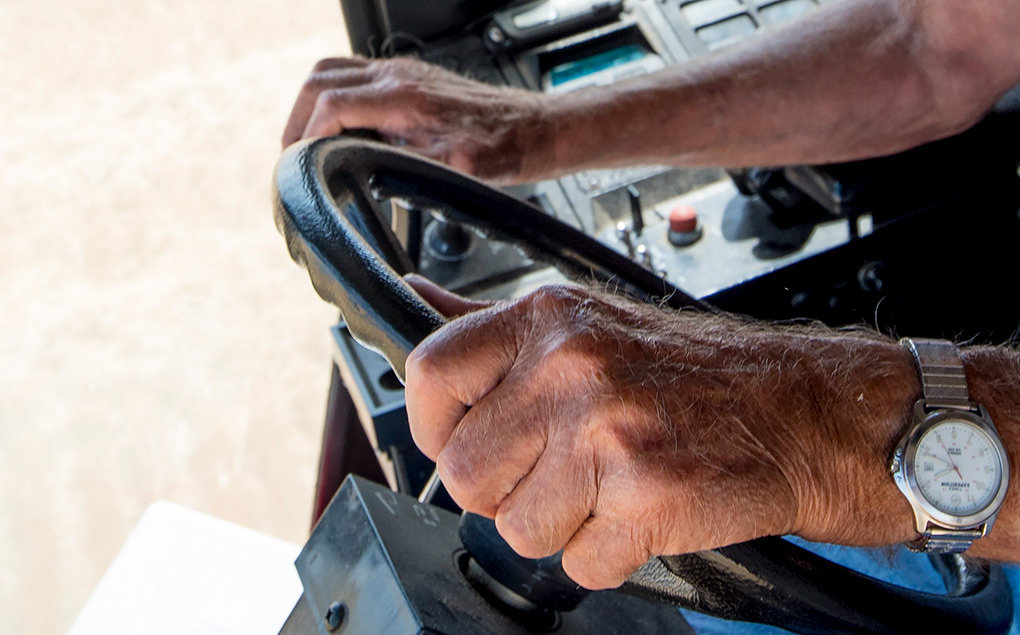 At 83 years old, Neil Harrison pilots a combine during the barley harvest in August. Like many farmers in the area, Harrison has farmed for decades.
Tribune photo by Mark Davis
Previous Next
Posted Friday, March 22, 2019 10:30 am
By Kevin Killough

Val Murray was born and raised in Powell. She and her two brothers are the fourth generation of Murrays to farm, and this year will be the 105th crop year for the family farm operation, Murraymere Farms.

She left for a time, but returned to help her father and brothers operate the farm. She’s been a partner in the venture since 2012, joining with her siblings, Byron, Kenton and Linda.

“I’ve been helping with the farm my whole life,” Murray said.

It’s becoming much less common for kids who grow up on farms to continue working on the family farm in their careers. Farm work is hard labor, requires huge investments and commodity prices are so unpredictable that it can be quite stressful. Murray knows this all too well.

The latest USDA figures show fewer young people are getting into production agriculture: The average age of the principal operator on American farms rose from 50.5 years old in 1982 to 58.3 years old by 2012.

Jeremiah Vardiman, agriculture and horticulture extension educator with the Park County Extension Office, said that, according to USDA figures from 2012, the average age of a farmer in Park County was 59 years.

“I would imagine it’s gone up quite a bit” since then, Vardiman said.

It’s easy to look at the statistics and conclude that agriculture in America is fading away. However, although family farms may look very different in the future, they may not be disappearing. Despite reasons to be concerned, there are other reasons to think the industry is not so much dying as it is rapidly changing. And there are more causes for these changes than anyone can fully count.

Vardiman attributes the change, in part, to medical advancements. People live longer, healthier lives on average than they once did, so it’s quite possible for farmers to continue working into their 80s and 90s.

“It doesn’t always leave room for the next generation to step in,” he said.

Technology is perhaps one of the biggest contributors to the changing landscape of agriculture. It has allowed producers to do more with less.

While this has impacted average farm acreages, it’s not resulted in fewer, larger farms across the board.

The report attributed much of these changes to technology.

While many aspects of farming have become more difficult, technology has, at least in some ways, made things easier.

Precision agriculture has made farming into a high-tech industry that maximizes every single input down to the last seed and drop of water.

Murray explains these precise applications of inputs reduce costs. As with any business, the cost of labor is a huge expense. More people are utilizing center pivots, for example, which require less labor than flood irrigation.

It’s not just the expense side, either: technology improves the quality and marketability of the end product.

On Murraymere Farms, they’re using radio frequency identification ear tags. The tags are digitally scanned and recorded. Using Beefchain software developed by the University of Wyoming and based on Blockchain technology, every input on every cow is tracked in a digital ledger. Once scanned, Beefchain digitally tracks the animal from Murraymere Farms all the way through the process until the beef reaches its destination.

“We can trace from farm to plate,” Murray said.

While the data can be used to create greater efficiencies in raising cattle, the primary goal of Beefchain is to improve the marketability of Wyoming beef, which is considered to be among the best in the world. However, when Wyoming-raised cattle are sent to large processors, it can be mixed in with products from around the country, which makes it hard to market.

Murraymere Farms is selling its beef to exclusive, high-end restaurants in Taiwan, where Wyoming is becoming a luxury brand name.

“The customer can scan a QR code on the menu, and it brings up a website along with pictures and the story about our cattle and operation,” Murray said.

Not only can the customer be sure the premium they’re paying is for true Wyoming beef, producers can be assured lower-quality beef isn’t being sold as a Wyoming product.

These kinds of advancements will make a family operation look quite a bit different from the traditional homestead, but they’re also helping to keep the family farm a viable career.

Controlling costs and maximizing those premiums helps mitigate the pressure of dropping commodity prices, which have been a serious problem in recent years. Commodities rise and fall and it is difficult to plan ahead not knowing what the markets will be when it’s time to sell.

“We need more commodities in this area for some diversification and hopefully better profitability for our local farmers,” Murray said.

Murraymere Farms has grown sunflowers, alfalfa for the seeds and sugar beets. The sugar beets used to be very lucrative, but imported sugar in the past few years has pushed prices way down.

“It’s crushed our market,” she said.

Markets are starting to see small improvements and hopefully that will continue to climb. But the uncertainty is just another aspect that can disuade the younger generation from going into production agriculture.

Bryce Meyer is an agriculture teacher and FFA adviser at Powell High School. Meyer grew up in Idaho, and worked in agriculture in Idaho, Oregon and Wyoming.

“It’s a hard way to live. You have to have a passion for it,” Meyer said.

The cost of farmland, he said, is creating a huge barrier to entry for new farmers. Technology makes it possible to operate on a larger piece of land, which is especially vital when commodity prices force profits to ultra-thin margins. However, the price of the land eats up a lot of the profits for a new farming venture.

Murray said many area farmers, including her own family, are selling their ground to try and stay above water. A lot of it goes to out-of-state buyers. Sometimes they lease the land back to farmers, but a lot of time the land goes toward residential and commercial developments. Vardiman noted this trend as well.

“Farmland is a shrinking commodity in agriculture. And we’re not making new land,” Vardiman said.

Meyer said the increasing value of farmland complicates passing the family farm on to children. If the family has three heirs to the farmland, it probably isn’t enough to support all three heirs’ families. A couple of them would need to either buy land of their own or seek other careers.

Then, if one does decide to continue producing on the family farm, he or she would need to buy out the other two. At market value, it’s unlikely the farm would produce enough to make the purchases feasible.

And that’s just the land. All this new technology is a separate investment. A new farm could easily take $500,000 to $1 million in capital to get started. A new McDonald’s franchise requires about the same investment.

“Who has that kind of money laying around?” Vardiman asked.

A big reason Murray returned home to help with the farm was because of the volume of paperwork. It was too much for her 76-year-old father Keith to handle, along with all the hands-on work demands, she said.

It’s everything from planning crop rotations to fertilizer applications, payroll, equipment, accounts payable and cattle inventory — just to name a few. Taxes are, of course, older than the farm itself, but the paperwork is much more complex each year.

Managing that kind of operation successfully takes someone with a college degree and a great deal of maturity and experience. This means kids who grow up on farms are expected to go off to college. While this gives them the education needed to successfully operate a complex operation like the family farm, it also can entice them into other career paths.

Meyer said it’s not as common for kids to come into the ag program from a farm background as it once was, and the easiest path to a career in production farming is to be born into it. However, the diversity of careers in agriculture has grown exponentially, and interest in agriculture among students isn’t waning.

“What I see is a great amount of interest at the high school level,” Meyer said.

While fewer kids are going into production agriculture, the instructor said there are many more career paths in agriculture. They include machinery mechanics, engineering and design, agricultural loans, biotechnology, communications and veterinary science. It’s a key reason FFA has a variety of activities for the kids to pursue.

The technology that makes it possible for production farmers to do more with less on the production side is creating some of those new career opportunities in agriculture. All the data gathered on every square meter of farmland produces “some really colorful maps,” Vardiman said, but interpreting that data requires a whole new skill set.

Murray said she’s uncertain if she and her brothers are the last generation of Murrays to work the family farm. If the fifth generation decides to go onto school and not come back to the farm, she said they’ll have to make some alternative plans.

“We don’t want our legacy to stop here and are constantly thinking of other ways to continue our century-old legacy,” Murray said.

Like other industries, farming has its share of young entrepreneurs. Vardiman said that, in his work, he often talks to first-year farmers. Just recently, he helped a guy who had just bought his first piece of land and at community meetings, Vardiman sees a few younger faces in the crowd.

There is another generation of farmers out there. How many there will be and how they will actually do what they do is the question.

“From my perspective, agriculture isn’t going away,” Vardiman said. “It’s going to look different. But it’s not going away.”