When the pig eats your homework

Last week I sent the second quarter report cards home with the boys for their parents’ perusal. Through the help of our county school superintendent, I had located some old fashioned printed cards that require a response from the parents.

When the pig eats your homework 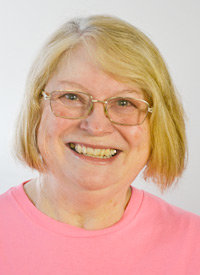 (Author’s note: For those who may not have heard, I am now teaching school in a one-room schoolhouse in a very remote area of northeastern Montana. My five students are all ranch boys and range in age from 7 to 11.)

Last week I sent the second quarter report cards home with the boys for their parents’ perusal. Through the help of our county school superintendent, I had located some old fashioned printed cards that require a response from the parents. You remember the kind — where the teacher gives input and then the parents sign and return.

However, two of the five cards will never make their way back to Pine Grove. Why? The pigs ate them. No kidding!

A mother was out doing chores when the cards were handed to her. As she was preoccupied with her work, she accidentally left them outside overnight. When she went looking for them the next morning, there were only a few scraps of paper left; the pigs had found the cards and literally destroyed them. Not wanting me to have to just hear such an unbelievable tale from her boys, the mother came by the school and told me herself. TRUE STORY.

On a recent Monday, my first grader started the day by saying he was really tired. When I asked him why, he said his mother had awakened him in the middle of the night and told him and his brother to get up and get ready for school. He said she had cooked breakfast, had their backpacks ready to go and hurried them out the door. It was only then that she realized her mistake, seeing that it was still dark outside.

I listened intently, trying to keep from laughing as he told me the story. I could only imagine the horror his mother must have felt. We sat quietly for a moment as I thought about the best way to respond. Poor little boy … no wonder he was so tired.

Suddenly, he looked me straight in the eye and said, “That’s not true, Mrs. Drew. It didn’t really happen. I just had a dream like that.”

It still makes me chuckle as I think of the serious tone he took while relating the story. He had caught me — hook, line and sinker.

What a kid! What a wonderful experience!

On Wednesdays we have an afternoon of special subjects and programs. Last week a local leather craftsman taught my students how to braid leather. We then had Public Speaking, which gave each person the chance to speak before the class on their choice of subject. It was a fun time enjoyed by all.