What the witch doctor ordered

My annoyingly proactive dentist office called last week to sweetly inform me, “It’s time for your cleaning, Douglas. Can we set you up for next week?”

My first thought was, …

What the witch doctor ordered 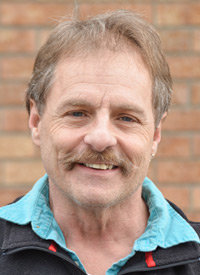 My annoyingly proactive dentist office called last week to sweetly inform me, “It’s time for your cleaning, Douglas. Can we set you up for next week?”

My first thought was, “Cleaning? Who said my teeth are even dirty?”

What do I need with clean teeth anyway? I brush pretty much daily, I won’t be kissing anyone or giving mouth-to-mouth and I don’t project any reason to be smiling an inordinate amount. When you sense I have a terrible toothache, call me.

Being easily led, I allowed her to schedule me in for the following Monday, which I last-minute called to politely cancel. This was after a brief flashback to my dad saying, “Here, let’s just put some cloves on that toothache.”

I can’t even remember what a clove looks like, but it fit snugly into the gaping, black hole and I was instructed to “bite down.” I recall some ensuing numbness, which did seem to reduce the pain level to a bearable 5. Then again, pain was a big part of the “good ol’ days.”

Oh, we had a family dentist, whose “House of Pain” I visited a handful of times as a kid, borne of agonizing necessity. But “Dr. Sinister, DDS” sure as hell wasn’t gonna call and chirp about an overdue cleaning. Our family routine was simple: when the black, food-collecting crater was too big a job for cloves and the screams were keeping neighbors awake, an extraction appointment was made. Nobody was cleaning or filling anything … out-of-mouth, out-of-mind was Pop’s philosophy.

Then there was “the croop,” another sleep-invader I’ve never heard of since. Maybe now it’s called bronchitis or something, but in the middle of the night, our parents would hear one of us laboriously breathing and rasp-coughing a moose’s mating call, and out came the sassafras tea. After the pot of water and sassafras came to a violent boil, dad lowered our little heads to just above the churning water and covered it all with a towel. Somehow it worked faster than the nebulizer my asthma requires today.

Is sassafras tea even a thing anymore? Is anyone sitting around with a clove inside a cavernous cavity? Has anyone seen a bottle of cod liver oil — dad’s panacea for everything short of a bleeding ulcer — in anyone’s fridge? You might as well have been drinking straight battery acid, but supposedly this torture elixir would do what a strawberry popsicle wouldn’t. Apparently, anything a kid had to hold his nose to get down was a medical breakthrough.

I remember when my little sister Joy had the first case of shingles I’d ever heard of — and maybe it’s the ultimate irony that most of the male Bloughs became roofers decades later. I just remember Joy had sprawling red patches on her stomach and she didn’t seem the least bit enamored of them. I don’t recall what dad poured down her throat at that point, but I’m guessing it wasn’t Yoo-hoo.

God help you if you got depressed in the good ole days. When I moved back in with my first serious bout of depression at 19, dad knew exactly how to chase those blues away.

“You don’t sweat enough,” he said. “If you helped me in the garden more, I bet your ‘attic trouble’ would go away.”

(Of course, this was soon after scientists had concluded clinical depression was located just inside the skin and lack of physical activity could irreparably clog one’s pores.)

It boggles the mind to realize that kind of ignorance existed when an enema was just a short walk to the bathroom away. Thank the Lord and the good people at Pfizer medical research has evolved.