What now? Thoughts following the election

It goes without saying that 2020 has been an unusually difficult year. We got hit with the Coronavirus, government shutdown, and a significant blow to our economy. We saw riots, acts of violence, and …

What now? Thoughts following the election 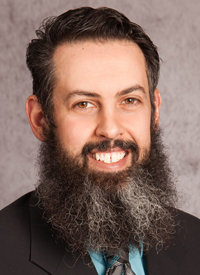 It goes without saying that 2020 has been an unusually difficult year. We got hit with the Coronavirus, government shutdown, and a significant blow to our economy. We saw riots, acts of violence, and people’s businesses being burned down while government officials called the police to stand down. And does anyone remember that we started the year with the third presidential impeachment in American history?

Now, we have Joe Biden as the apparent president-elect. For some people, this makes 2020 end on a good note. For conservative Christians, however, this simply continues the misery of 2020. It is no secret that Biden and his running mate, Kamala Harris, promote policies that are hostile to Christianity and, from a politically conservative standpoint, hostile to constitutional freedoms that Americans have enjoyed for years. We who are conservatives are concerned about losing our precious right to freedom of religion, freedom of speech and freedom to act according to our conscience without government persecution. We are also concerned for the country we dearly love. We see the signs of what led to Venezuela’s downfall and are fearful of becoming a socialist nation like them.

So, as Christians, how are we to think about this? While many things can be said and some practical civic steps can be given, I just want to focus on a few things to keep in mind for our comfort. First, remember that God is in control. Daniel 2:21 says, “[God] changes times and seasons; he removes kings and sets up kings.” Daniel 4:35 adds, “all the inhabitants of the earth are accounted as nothing, and he does according to his will among the host of heaven and among the inhabitants of the earth; and none can stay his hand or say to him, ‘What have you done?’”

God is sovereign and is in control of removing and raising up leaders. Nothing can stop God, for he does all according to his most free and sovereign will. This includes working in the heart of leaders. Proverbs 21:1 says, “The king’s heart is a stream of water in the hand of the Lord; he turns it wherever he will.” Not only is God in control when it comes to removing and raising up leaders, he is also in control of the leaders whom he raises up.

A second thing to remember for our comfort is that God is in control for the good of his people. Romans 8:28 says, “we know that for those who love God all things work together for good, for those who are called according to his purpose.”

It’s one thing to know that God is in control; it’s quite another to know that he is in control for the good of his people. God even uses difficult circumstances and evil people for his people’s good. The prime example of this is God sending his son to die on that cruel cross for the forgiveness of our sins.

Peter says in Acts 2:23, “this Jesus, delivered up according to the definite plan and foreknowledge of God, you crucified and killed by the hands of lawless men.” Jesus was crucified by lawless, evil men. They are responsible for their sin before God. Nevertheless, we see that this was according to the definite plan of God. God planned this most evil event of the cross, working out his plan through evil men. However, he did it for the good of his people ­— it was for the forgiveness of their sins.

A third and final reminder for our comfort during these times is Hebrews 13:14, “For here we have no lasting city, but we seek the city that is to come.” As Christians, this world is not our home. This world is passing away and will one day perish in judgment at Christ’s second coming. However, we who have placed our faith in Christ have an everlasting home to look forward to. This is an eternal home wherein righteousness dwells and where we will be under perfect, righteous, and loving leadership forevermore.

This is our hope. And this hope was secured for us who have repented and believed in Christ, trusting in his perfect obedience to the law for us and paying the penalty for all our sins in full. May these truths comfort your souls and give you peace in this troublesome and turbulent world.

(Brian Onstead is a pastor at Trinity Bible Church.)