As a result of recent COVID-19 infections at Powell High School, the Panther volleyball team’s weekend games at Kemmerer and Pinedale have been canceled.

In a Friday message to parents, PHS … 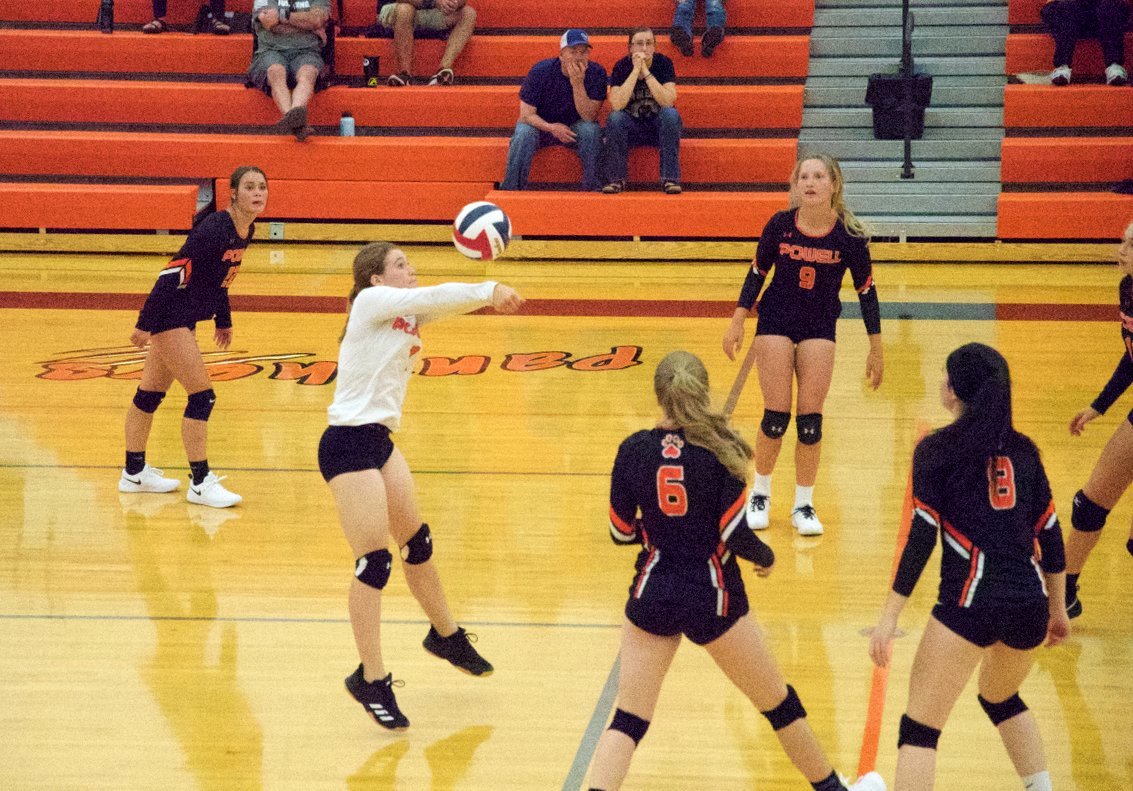 As a result of recent COVID-19 infections at Powell High School, the Panther volleyball team’s weekend games at Kemmerer and Pinedale were canceled — but the squad is set to return to action this week.

In a Friday message to parents, PHS Principal Tim Wormald indicated that members of both the Panther volleyball and football teams had been infected with the novel coronavirus, with officials checking their close contacts for potential exposures.

Friday’s home football game against Lander went forward at Panther Stadium, and Wormald said he’d been asked, “why we can have a football game tonight but cannot send our volleyball team to Kemmerer and Pinedale this weekend.”

“The difference between the two teams comes down to timing,” he explained. “The contact tracers had time to process the close contacts on the football team, and they did not have time to do so for the members of the volleyball team.”

Wormald said school officials could not have sent the volleyball players on their trip before they spoke to contact tracers.

“We would have had quite a conundrum if we found out that members of our volleyball team needed to quarantine when they were on a bus in the middle of nowhere,” he said.

PHS Activities Director Scott McKenzie said Monday that the positive case connected to the volleyball team wound up being the only student who needed to be placed in  isolation or quarantine.

As a result, the PHS freshman and junior varsity volleyball teams will resume their season today (Tuesday), with matches at Rocky Mountain and Burlington high schools, respectively. Then, the freshmen, JV and varsity squads are all set to travel to Lander on Friday and host Worland in the Panther Gym on Saturday.

PHS officials have worked closely with Park County Public Health and its contact tracers. Those contact tracers “have been diligent in following up with any potential close contacts to the students who have tested positive,” Wormald said.

“We would have a lot fewer students in school and would not be having most of our activities this weekend if our students were not wearing their face coverings,” Wormald said, saying that students’ adherence to the protocols saved Friday night’s football game.

The principal had also asked spectators at Friday’s game to maintain 6 feet of distance from people from other households or wear a face covering.

“I’ll be honest, we didn’t do a great job of enforcing this expectation at our last home football game,” he said. “We no longer have that luxury.”

Wormald described face coverings and social distancing as part of the way that parents and community members can help support the Panther athletic teams, giving them a chance to finish their seasons.