One of the highest priorities of the Justice Department during the Trump administration has been to work with our federal, state and local law enforcement partners to combat violent crime and ensure … 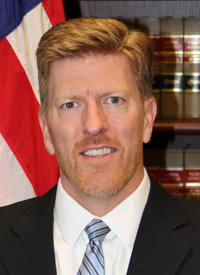 One of the highest priorities of the Justice Department during the Trump administration has been to work with our federal, state and local law enforcement partners to combat violent crime and ensure the safety of our communities. Preserving law and order is essential to our freedom and continued prosperity.

We cannot achieve this mission alone. Our success depends on the goodwill and morality of the citizens we serve to reinforce the values of civility and respect for institutions of law and order.

Over the last several months, we have seen the dangers of unfairly undermining this fundamental pillar of our society. Accusations of systemic racism in response to police use of force against George Floyd and others led to nationwide social unrest that frequently devolved into looting, destruction and violence. The anti-law enforcement sentiment, including efforts to defund the police, has corresponded with dramatic increases in violent crimes in several major cities — particularly homicides.

The recent surge in violence is no mere coincidence. We have seen this same phenomenon before. In 2014, a black man, Michael Brown, was shot and killed by a white police officer in Ferguson, Missouri. Misinformation about the incident spread like wildfire, leading many to believe Brown had his hands raised in surrender at the time of the shooting. Violent protests ensued and the “hands up, don’t shoot” slogan fueled a nationwide movement insisting racist police violence is rampant.

As it turns out, none of this was true. The Department of Justice under the Obama administration conducted an exhaustive investigation and found the police officer had not wantonly killed a surrendering suspect. Eyewitness testimony and forensic analysis confirmed Brown had attacked the officer, and was charging at him at the time of his death.

Unfortunately, this finding received little attention. The damage was already done, and many still believe to this day that Michael Brown was a racially motivated, unjustified killing.

In the aftermath of Ferguson, officers in many areas around the country understandably became more reluctant to engage in active policing, fearing the need for use of force could result in similar false accusations. This pullback meant less engagement and corresponded with a significant increase in violent crime from 2015 through 2016 that is referred to as the “Ferguson effect.”

Renewed efforts under the Trump administration have reversed this upward trend and achieved reductions in violent crime since 2017. But recent unrest appears to be having a similar chilling effect on law enforcement that threatens to erode this progress, particularly in urban communities at greater risk of violent crime.

The lesson is clear: While we must scrutinize police activity and use of force to protect against racial bias and misconduct, it is essential to do so fairly, withholding judgment and understanding all of the relevant facts before drawing conclusions — particularly those as damaging as racial animus.

We understand that law enforcement is not perfect. Mistakes and misjudgments can happen under the pressures they face, and occasionally there are abuses of authority. Some of our fellow citizens have had experiences where they felt unfairly targeted or mistreated because of their race. While law enforcement must hold itself accountable for maintaining public trust and addressing these vestiges of bias and other misconduct, it is unhelpful when our public discourse reflexively assumes a racist motive in every instance.

The vast majority of officers serve honorably. They fairly and professionally handle thousands of encounters every day, often involving dangerous circumstances. These men and women deserve better than to be subjected to careless accusations of racism or lumped together with the worst examples of their profession.

Failing to exercise restraint and objectivity in this regard risks more than just false accusations and needless civil unrest. It delegitimizes the essential role of law enforcement, placing our communities at risk and fomenting a sense of justified contempt for this important function.

Recent events call for an honest, balanced approach that simultaneously supports a well-trained and high-functioning law enforcement presence, while also holding officers accountable for misconduct under a legal framework and discourse that assures fairness and due process, not capitulation to the rash demands of a protest mob.

The rule of law, the safety of our communities, and the strength of our social fabric depends on it.

(Mark Klaassen is the U.S. Attorney for the District of Wyoming, serving as the chief federal law enforcement official in the state. He took office in November 2017 after being nominated by President Donald Trump and confirmed by the Senate. Klaassen is based in Cheyenne.)