Two area artists to be honored

A pair of area artists will be among the recipients of the Wyoming Arts Council’s 2021 Governor’s Arts Award. Wapiti resident James Bama and a representative for Meeteetse photographer …

Two area artists to be honored 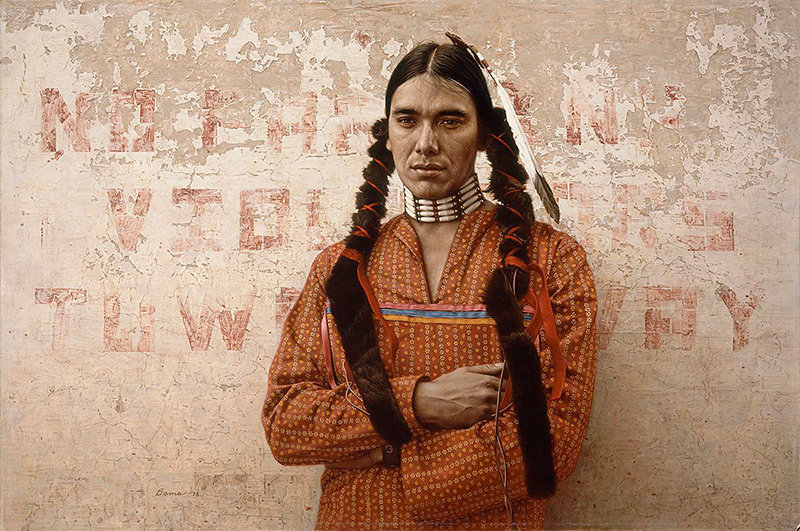 Wapiti artist James Bama painted ‘A Contemporary Sioux Indian’ in 1978. Bama, who’s best known for his realistic renderings of figures from the contemporary West, was named as a recipient of the Wyoming Arts Council’s 2021 Governor’s Arts Award.
Image courtesy Buffalo Bill Center of the West 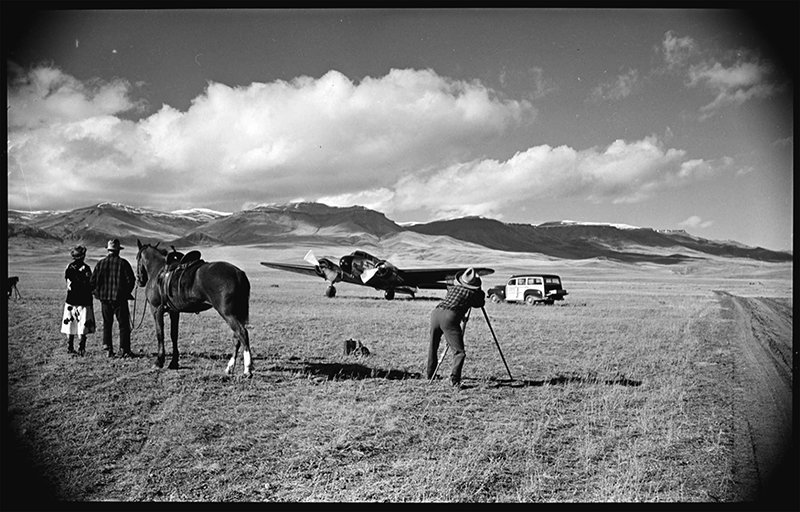 The late Charles Belden, seen photographing an airplane, ‘loved to combine images of the new West with the old,’ according to WyoHistory.org. Belden’s photographs of the sprawling Pitchfork Ranch outside Meeteetse were seen across the globe.
Photo courtesy Buffalo Bill Center of the West via WyoHistory.org
Previous Next
Posted Tuesday, January 11, 2022 8:20 am
By Mark Davis

A pair of area artists will be among the recipients of the Wyoming Arts Council’s 2021 Governor’s Arts Award. Wapiti resident James Bama and a representative for Meeteetse photographer Charles Belden, who died in 1966, will be presented with the award on Feb. 4 along with three other artists and organizations.

Bama first came to Wyoming in 1966 while searching for a home free of the distractions of New York City. Bama had a successful career as a commercial artist on the East Coast and is credited with several major projects, including serving major clients like General Electric, Coca-Cola, and Ford. He is also credited with original artwork for the television series Bonanza and Star Trek, and the poster for the 1967 film Cool Hand Luke.

Once a permanent resident of Wyoming, he quickly started painting a unique vision of the West.

“Unlike many artists working in the American West today, he steadfastly refused to paint the Old West but instead dedicated his career to painting real people of the modern West,” Thomas Smith wrote in a recent biography of Bama. “His detailed portraits capture the ethnic and cultural complexity of the American West through people who live simultaneously in two worlds.”

Belden gained fame as a photographer documenting life on the famous Pitchfork Ranch near Meeteetse. His collection spanned more than 20 years and his photographs were published in numerous publications, including newspapers in Los Angeles, Denver, Billings, Minneapolis, Detroit, Cleveland, New York and National Geographic magazine.

“His technical abilities, combined with an unequaled knowledge of the cowboy and sheepman, allowed Belden to capture the true life and times of the Pitchfork Ranch from 1914 to 1940,” according to the Meeteetse Museum.

Belden was reported to have said, “If a picture does not tell a story, it is not worth taking.”

Belden died of a self-inflicted gunshot wound in St. Petersburg, Florida, in the winter of 1966.

Other recipients of the Arts Council’s 2021 Governor’s Arts Awards include: Bronwyn Minton, an artist and curator from Jackson; Debora Soule, an arts administrator from Rock Springs; and the Off Square Theater Company from Jackson

Established in 1982, the Governor’s Arts Awards winners are selected based on their substantial contributions made in Wyoming that exemplify a long-term commitment to the arts, with special consideration given to nominees whose arts service is statewide.

“The selection process is quite competitive,” according to Gary Schoene, public information officer for Wyoming State Parks and Cultural Resources