Trump’s tweets: Many things but not the truth

Quite frankly, I no longer have any idea of what “the truth” is on almost any subject ... or any subject that interests our president, anyway. Then, I had a moment of resignation. I …

Trump’s tweets: Many things but not the truth 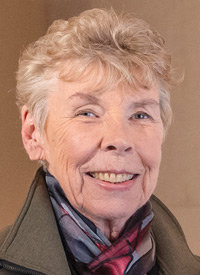 Quite frankly, I no longer have any idea of what “the truth” is on almost any subject ... or any subject that interests our president, anyway. Then, I had a moment of resignation. I ceased trying to sort out fact from pure fiction, partial fiction, complete imagination and verbal contortions. I simply decided to accept that there still is something called objective reality (OR), and then there are TTs, or Trump’s Tweets. I’ll just leave the T word for truth out of it.

This is in line with our times — ones where even Timid Twitter (more T’s but not mine) find the courage to call the president out for his incorrect assertions.

They did it on one of my favorite subjects, too. That is remote voting.

The president, I’m guessing, worries that people who might not get to the polls to vote against him will do so via mail-in ballots. The offending TT claimed, among other things: “There is NO WAY (ZERO!) that Mail-in-Ballots will be anything less than substantially fraudulent. ... this will be a Rigged Election. No way!!”

Substantially fraudulent? A rigged election? Who’s he trying to kid. Except ... .

Maybe he’s not kidding anyone, just setting the stage so he can claim to his conservative majority in the Supreme Court (if he loses) that the election was “substantially fraudulent” and “rigged” and throw the entire election and the country into chaos.

But that’s probably a long way from the worst damage TTs can do. Why do I say that? Because people have died, perhaps needlessly, and perhaps because they’ve believed what the TTs say. Like that we don’t need to be more concerned about the current virus than others. Or, as in a TT on April 11, “The Invisible Enemy will soon be in full retreat.” Or, as the president shrugged and told us: COVID-19 deaths are inevitable because we’re all soldiers in a war.

Sure. Forgive my sarcasm, but that must be why President Trump finally decided to put on a mask. He may not want the rest of us to be safe or to believe the seriousness of the crisis but, with COVID-19 cases surging across 37 states and the death rate rising, the most tested man in America is finally following guidelines ... from all those lying people.

Winston Churchill, that brilliant man behind a bumbling façade, told us that the “Victor writes the truth.” Churchill tried, but he was a rank amateur compared to the victor currently in the White House.

On July 9, Donald Trump crossed the 20,000 mark in the Washington Post’s count of his false or misleading claims. That’s 23 a day for 14 months.

Churchill, for his part, did some serious rewriting of truths — like that WWII was a war against fascism ... after Britain decided not to side with Hitler and, instead, figured it had better halt his land grabs before England fell a victim to them. We still mostly find WWII described in our history books as a war against fascism. Effective, that.

But Trump? Most of his TTs will be totally lost, which is a blessing. Like the one he wrote after signing a repeal of some Obama-era regulations that “tough farmers and ranchers” were crying as they watched him. Of course, tough ranchers and farmers can and do cry, but the photo record shows that they weren’t on that day.

Then there is the wishful thinking (like he eliminated Canadian dairy tariffs — no record of any such thing), or the gross exaggerations (like he made a deal with Japan to reduce tariffs on $40 billion of farm products — the addition comes out at $7 billion).

What about his TT of passing the “biggest tax cut in history”? Since at least seven other cuts in other administrations were larger, such an assertion is errant nonsense. But, people believe him and call him “great” because of it.

And, there’s the president’s off-repeated TT that we live in “the best of times”? He spoke, pre-virus, of our “unprecedented economic boom” in which “our economy is thriving like never before.” Yet, even pre-virus, the average paycheck (mine, as one) was failing to keep pace with the rising cost of living, while the middle class was still disappearing and homeless rates increasing.

As I said in the opening, I’ve given up expecting to find “truth” in anything out of the White House. I do wonder what our response to the coronavirus might have been like if the president spent a fraction of the time he uses to crank out his 23 false or misleading statements a day on fighting the virus in a timely and effective way.