The 2021 Northwest College spring rodeo season was supposed to be a campaign of rebuilding. With the team composed of mostly newcomers, head coach Del Nose expected the season to serve more as … 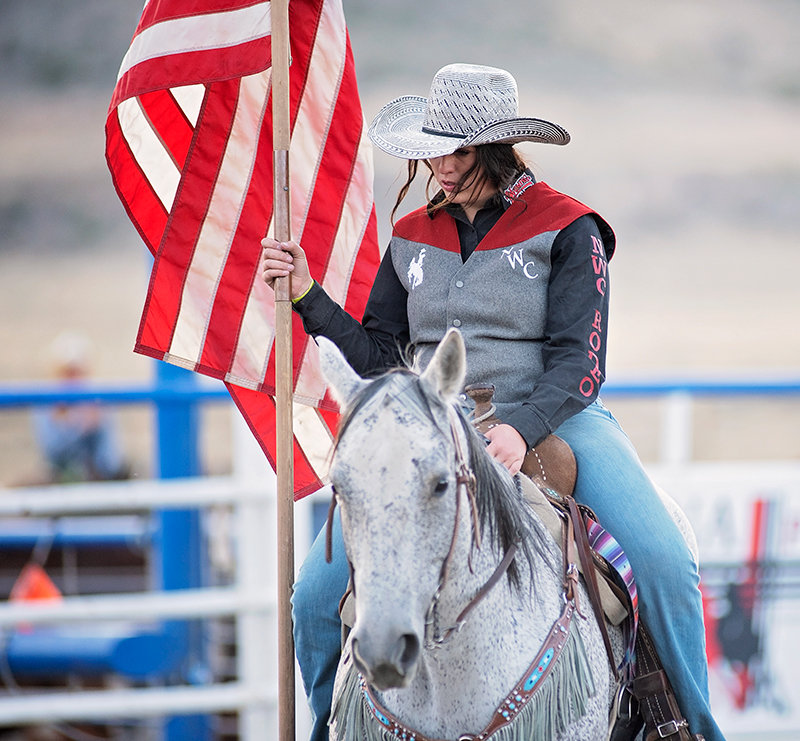 Northwest College cowgirl Dusty Miller of Cowley holds the flag during the opening ceremony of the Trapper Stampede in September. The fall event kicked off the college rodeo season.
Tribune photo by Carla Wensky 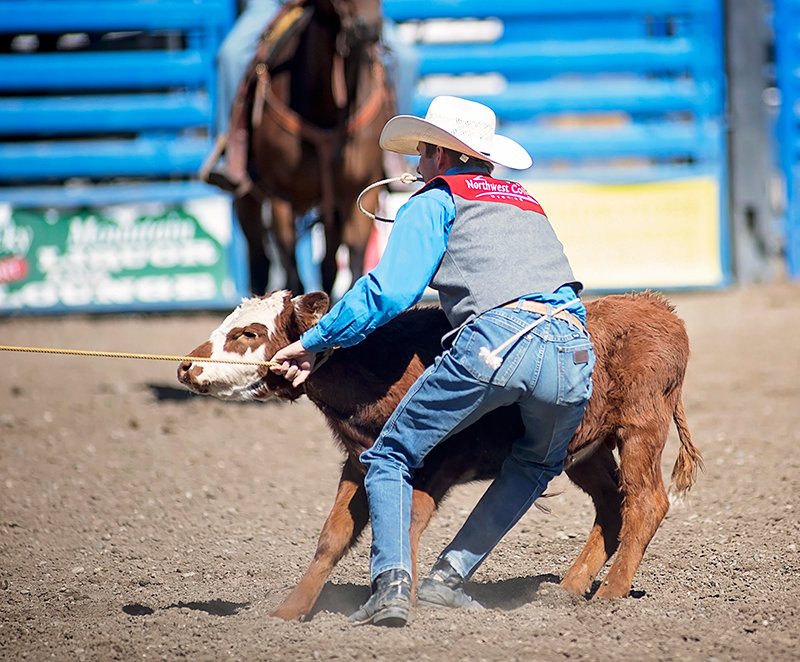 Northwest College sophomore Paden Woolstenhulme competes in tie down roping earlier this season at the Trapper Stampede Rodeo in Cody. Woolstenhulme placed sixth in all-around and narrowly missed qualifying for the CNFR.
Tribune photo by Carla Wensky
Previous Next
Posted Thursday, May 13, 2021 8:25 am
By Carson Field

The 2021 Northwest College spring rodeo season was supposed to be a campaign of rebuilding. With the team composed of mostly newcomers, head coach Del Nose expected the season to serve more as preparation for the coming fall, rather than immediately competing with the best teams in the area.

He was pleasantly surprised.

The Trappers recently wrapped up the regular season, competing at the University of Montana Rodeo in Missoula, placing third. In the overall standings, the team finished third in the Big Sky Region in the men’s division and fifth in women’s.

“Both teams really put it together,” Nose said. “These kids are progressing.”

The team started the spring season with a performance Nose described as “pretty good” in Bozeman, where the men’s team finished second. But the next event — a second rodeo in Bozeman — wasn’t as strong, with the team posting just 180 points.

“We got our butts handed to us,” Nose said.

This dismal outing was a turning point for Nose’s squad. NWC finished third at a rodeo in Miles City, second in Great Falls and third in Missoula — all performances Nose said were better than the second Bozeman event.

Before competing at college rodeo’s grand stage in Casper in June, the riders will participate in amateur rodeos, as well as the Cody Nite Rodeo to hone their skills.

“We’re going to tweak some things there and get them sharpened up before finals,” Nose said.

Other rodeo team members who shined in the 2021 spring were Paden Woolstenhulme — who took sixth in the all-around — and team roper Hagen Wallace. Neither had tallied any points after a couple rodeos, but both wound up nearly qualifying for the CNFR.

“They were pretty well-rounded,” Nose said.

With the season complete other than finals, Nose said the focus shifts to recruiting new riders for the upcoming fall season. As the better-than-expected season wraps up, the coach hopes to see the growth continue.

“Keep right on progressing,” he said. “It was supposed to be a rebuilding year, and we did pretty good for that.”