When reflecting upon the 2021 Northwest College men’s soccer season, there will be a great focus on what could’ve been. The Trappers’ last game of the year was no … 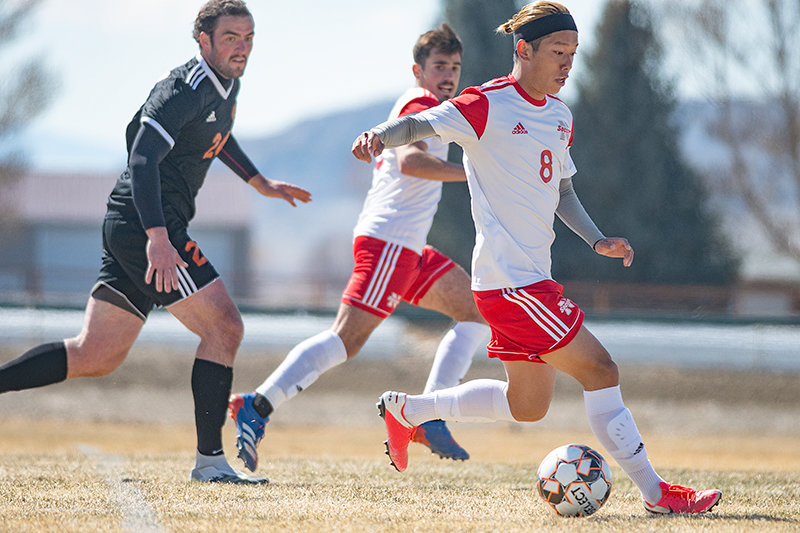 When reflecting upon the 2021 Northwest College men’s soccer season, there will be a great focus on what could’ve been. The Trappers’ last game of the year was no different.

They dropped a match 3-1 to Otero Junior College in the first round of the NJCAA Region IX Tournament Saturday.

A lightning and tornado delay at the road game in La Junta, Colorado, caused the match to be shortened by 10 minutes. While the Trappers were down two goals at that point, head coach Rob Hill is confident his team was capable of a rally.

“It was disappointing to me,” Hill admitted. “The ref made a call, and I didn’t agree with it. There will always be that ‘what if’ in the back of my mind.”

Long before the inclement weather hit, the Rattlers got on the board first when Otero’s Pape Souleymane scored in the 10th minute.

But moments later, NWC freshman David Perez Rubio of Spain scored an equalizer to knot the match at 1-1. Perez Rubio cashed in on a 50-50 ball with Otero’s keeper, beating him to the ball and heading it into the back of the net.

“There’s not many people who would be able to do that,” Hill said.

Unfortunately for the Trappers, they were unable to build on the momentum. The Rattlers scored back-to-back goals in a minute’s span to give them a 3-1 lead — one they kept until the messy weather arrived.

After the loss, Northwest’s final record stood at 4-5 overall.

Hill pointed to the team’s season opener — a 3-2 win over Casper College on April 7 — as its best performance. Casper now sits No. 7 in the NJCAA men’s soccer rankings.

The early-season win provides Hill and his players a glimpse of what the team could’ve achieved if it came together more consistently.

“We had all the ingredients to make a run at regionals and nationals,” Hill said. “Unfortunately, we couldn’t repeat that on a consistent basis.”

Several key players will move on to four-year schools, while others will come back in the fall. Noting the versatility and overall talent of the returners, Hill hopes his players focus on becoming mentally stronger during the offseason.

“One thing to improve on would be their desire levels,” Hill said. “Heart and commitment will give you massive problems if you don’t match their mental toughness.”

And for what Hill described as a “strong” incoming freshman class, he wants them to prepare for the increased physical challenge of playing college soccer.

“Those guys need to get in good shape, and that’s one thing freshmen struggle with,” he said. “I expect the sophomores to be leading that.”