After a drop in oil and gas prices and production walloped their budget, the Meeteetse Museums will rely on donations and sales more than ever — perhaps including some T-shirt sales. 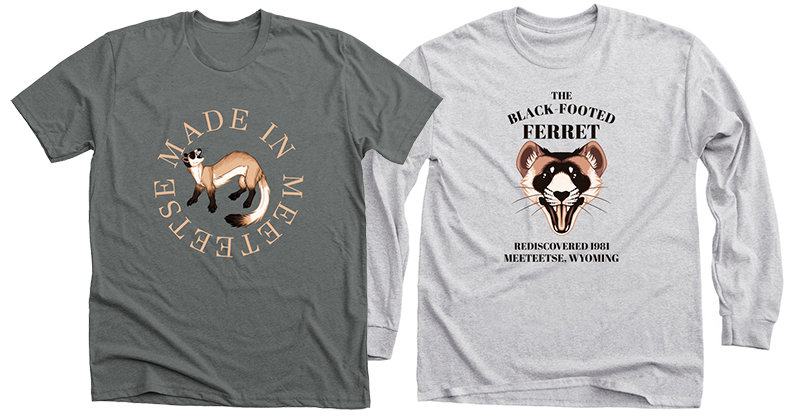 After a drop in oil and gas prices and production walloped their budget, the Meeteetse Museums will rely on donations and sales more than ever — perhaps including some T-shirt sales.

The Meeteetse Museum District draws nearly all of its funding from a 1 mill property tax levy with minerals — which are taxed at a much higher rate than residential or commercial properties — providing the largest share of that money. However, production sank during the 2020 downturn in the oil and gas industry, and so did the Meeteetse Museums’ taxes.

After receiving more than $108,000 in property taxes in the prior fiscal year, the museums are set to collect less than $66,000 this year. It means the district will again have to rely on its reserves to balance its nearly $170,000 budget.

While it won’t come close to making up the lost revenue, museum leaders are currently hoping to raise a little bit of extra cash through the sales of some black-footed ferret-themed T-shirts. The limited edition tees can be found at www.bonfire.com/store/meeteetse-museums-store, with a portion of the proceeds going to the museums.

The Meeteetse Museums says it depends on fundraisers like this one and private donations to produce exhibits on local history, programs and to care for the roughly 2,400 items in its collections. The Museums’ mission is to promote discovery and learning by collecting, preserving, and interpreting Meeteetse’s natural, cultural, and artistic heritage for the benefit of local, regional, national and international audiences.

The shirts, designed by Kinzy Greve, are being sold in the run-up to a Sept. 24 Ferret Day event. The day will celebrate the 40th anniversary of the black-footed ferrets’ rediscovery outside Meeteetse.