Powell resident Zack Thompson is the third person to announce their candidacy for the position of Park County coroner.

Tim Powers, the current Park County coroner, who has held the position for … 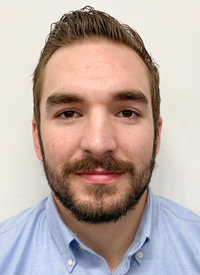 Powell resident Zack Thompson is the third person to announce their candidacy for the position of Park County coroner.

Tim Powers, the current Park County coroner, who has held the position for nearly 20 years, announced in January that he will retire after his current term.

Since then Power’s deputy Emily Denney announced an intention to run, along with Eric Crumb.

“Just serving the community I’ve grown up in and it feels like a natural part of my current profession,” Thompson said of the decision to run for county coroner.

Thompson has been a funeral service practitioner since 2018 and was completely licensed in 2020. In 2019, Thompson began considering running when Powers stepped down. Thompson has great respect for Powers and does not plan on making changes to the way Powers has conducted county coroner duties.

“Tim has knocked it out of the park, he’s a great coroner,” Thompson said.

Thompson said that he believes the position has gathered attention because of the benefits it brings with it, including being able to “see and help people in a different way from other positions.”

If elected Thompson will serve the community with honesty and integrity.