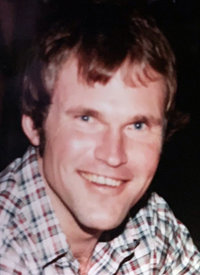 Following a lifetime spent in Cody enjoying the best the wilds of Wyoming had to offer, Thomas John ”Buck” Jones died peacefully on June 15, 2021.

Tom was born in Cody on July 4, 1949, and within the family was affectionately referred to as “Eleanor’s little firecracker.”

Growing up in Cody, Tom attended the Cody school system where his friends called him “Buck.”  After graduating Cody High School in 1967, Tom attended Northwest College and the University of Tennessee, where he proudly earned his Doctor of Dental Science degree in 1973. By 1975 Tom had returned to Powell and established a dental practice where he served the community for some 38 years. He was dedicated to his patients.

For Tom, there was no other place in the world that he would rather be than Wyoming. An avid horseman and outdoorsman, he loved hunting, fishing, camping, skiing, hiking, foxtrotters and rock hunting. Those who knew Tom best can appreciate that, above all else, he enjoyed sharing his passion for the outdoors with his family and many friends, rowdy and otherwise.

Buck will be sorely missed by his loving wife, Mary Ann, and his son and sidekick, Andy.

At his request, no services are planned.

More than anything, he would have appreciated having his memory celebrated by spending time in the outdoors with your family and friends. Condolences to the family can be sent on Buck’s memorial page at www.BallardFH.com.