The truth will set you free

Our middle son seems to be a natural fisherman. I’m not sure where he got his passion or skill, because I know next to nothing about fishing, really. He simply loves it. Well, he loves being at …

The truth will set you free 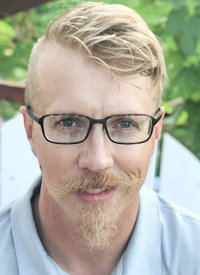 Our middle son seems to be a natural fisherman. I’m not sure where he got his passion or skill, because I know next to nothing about fishing, really. He simply loves it. Well, he loves being at the water’s edge, casting and reeling and changing bait and trying out different spots and telling anyone who happens within earshot how many bites he’s had — and about the monstrous size of the last one that just followed his worm up to the bank before he chomped it off and went back to the deep.

While fishing, he miraculously does not experience hunger or tiredness, and cares not if the sun seeks to destroy him. He is fishing and will not be deterred.

Recently, while watching him fish at Homesteader Park, I was contemplating the confinement of the fish there. They don’t know life outside that small pond. But I realized, in the few minutes it took my son to limit out, that as small as the pond is, they aren’t more free if we take them out of it! Outside the pond they are free only to be eaten or die of suffocation. They aren’t free to do whatever they want.

This summer, a friend of mine said to some college students, “Freedom is not the absence of restrictions. Freedom is choosing the right restrictions.” These fish are not free outside the water because they can’t survive in the open air, not even in the shade. Interestingly, they also aren’t free if we move them to the expanse of the ocean because the saltwater would pull the water out of their cells and they would dehydrate!

This month we celebrated our nation’s independence to govern ourselves, free from “taxation without representation.” I have enjoyed many luxurious liberties as an American that I personally did not have to risk my life for. But as a society, we have drifted toward a sense of freedom that demands that we are allowed to do whatever we want, because we are “free.” However like a fish liberated from the confines of a pond, this freedom might end up being more restrictive, perhaps even fatal.

In one of his talks, Timothy Keller helps us understand the concept of identity, calling it a “stable sense of self-understanding and self-regard. In other words, who you really think you are and how you feel about it.” He goes on to describe how in almost every culture or category that someone might use to describe or explain their identity, people pursue that stable self-understanding by attempting to follow whatever the rules are to achieve their identity in the community.

Whether through performing in the traditional cultural roles or a more modern approach of self-assertion, people tend to seek and achieve their identity by performing or rule-following. I believe this is true whether your identity is an ethnic one or a religious one or something else. In fact, Keller upholds that Christianity alone says that you receive your identity, your stability, and are thus able to follow the rules. In other words we can RECEIVE our identity, we don’t have to ACHIEVE it. This has tremendous implications.

In the Gospel of John, chapter 8, we see a conversation Jesus had with some Jews who had believed him, and he told them: “If you continue in my word you really are my disciples. You will know the truth and the truth will set you free.”

If the truth sets us free, then conversely, non-truth brings bondage. Falsehood enslaves, entraps and ensnares us.

My prayer for you is that you will humbly come to Jesus and receive freedom from him, and be empowered by his Holy Spirit to live it out. Your identity doesn’t have to be defined by what you did or tried to, or self-assertion. You don’t earn it or make it, you receive it! Don’t be a fish out of water.

(Seth Carter is the director of Campus Ventures in Powell.)