The corn is popping: Hot temperatures have been a boon for local crop

Abnormal weather can spell disaster for farmers. It’s nice when it comes as a benefit.

Cool weather crops, such as alfalfa, have struggled in the heat this summer, but corn, on the …

The corn is popping: Hot temperatures have been a boon for local crop 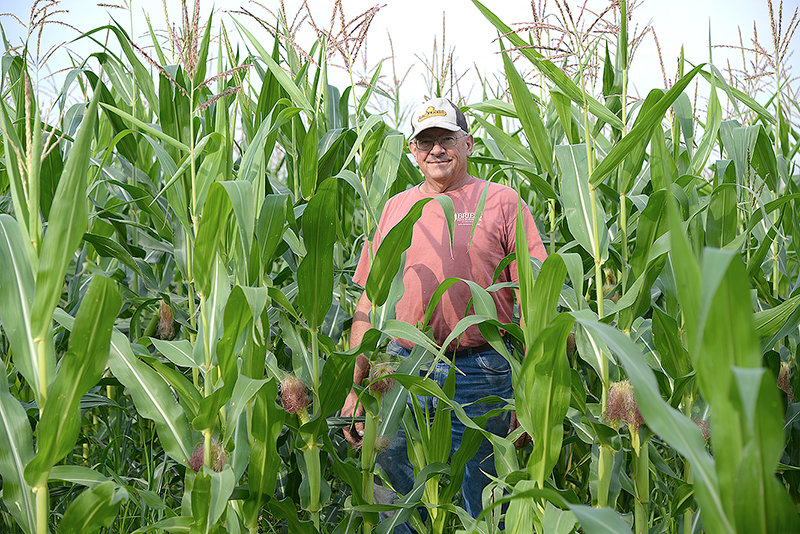 David Northrup stands among some cornstalks in one of his fields on the Willwood. This summer’s heat may not be good for some crops, but when temperatures soar, as long as a farmer can keep the crop wet, corn does really well.
Tribune photo by Kevin Killough 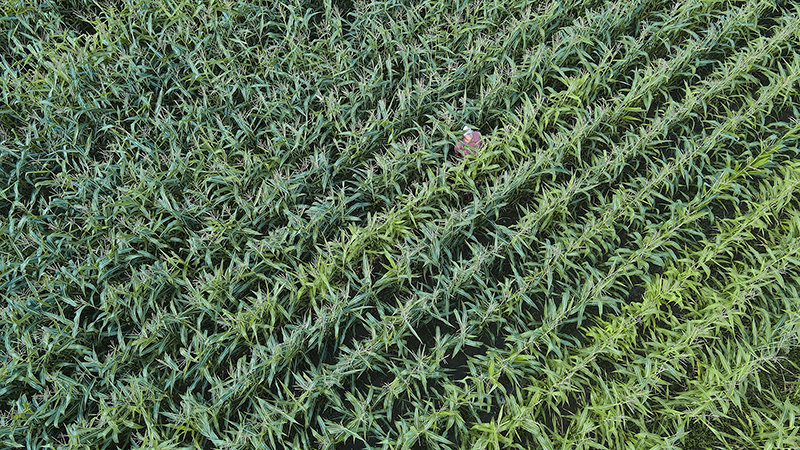 David Northrup stands in one of his corn fields on the Willwood. With this summer’s hot temperatures, corn has been flourishing. ‘The corn loves the heat so long as you keep it wet,’ says the Willwood farmer.
Tribune photo by Kevin Killough
Previous Next
Posted Thursday, August 12, 2021 8:20 am

Abnormal weather can spell disaster for farmers. It’s nice when it comes as a benefit.

Cool weather crops, such as alfalfa, have struggled in the heat this summer, but corn, on the other hand, is doing really well.

“The corn loves the heat so long as you keep it wet,” said David Northrup, who farms on the Willwood.

The rule of thumb for corn is “knee high by the Fourth of July,” meaning if the plants are as high as your knee on that day, you’re doing good; Scott George, co-owner of George Dairy Farm between Ralston and Cody, said it was up thigh-high by July 4.

“It thrives in hot, humid weather, which is what we have now,” said Jeremiah Vardiman, agriculture and horticulture extension educator for the University of Wyoming Extension.

It’s hard to say how extraordinary this year is for farmers just based on the weather. Farming is a business that is at the mercy of unpredictable weather events, so it’s hard to say what’s normal and what isn’t.

“Every year is different,” George said.

In terms of weather data, it has been a very hot summer. Through June and July, the Powell area saw a few days of triple-digit temperatures, and the daily highs were consistently above average.

Corn is one of the largest crops grown in the U.S., and in 2019, it was the largest, with over 90 million acres planted, according to the National Agricultural Statistics Service. About 1/3 is grown for feeding livestock. When grown for feed, the corn is sometimes grown to fatten the cows up and sometimes to feed throughout the year.

Typically, farmers begin harvesting corn in September, but it depends on a lot of factors, including weather and availability of equipment.

The corn also needs to dry out before it can be stored or it will rot. Farmers sometimes use dryers to get the moisture out, but that can add extra costs.

“You’re a lot better off if Mother Nature does it for you,” George said.

This year, some farmers may be a few days ahead on their harvests, as the dry spring led to some to plant a bit earlier.

However, in some cases, corn is harvested as late as January. This can be a means to store the crop when a producer runs out of space in the silos and wants to save money on storage costs. It means more work throughout the year, but the farmer can just harvest it as he or she needs it for winter livestock feed.

Alfalfa, which does better with cool nights, is seeing low yields this year. This is sending hay prices soaring and really cutting into the profits for ranchers. Not only are they having trouble finding hay for sale, they’re having to go a lot further to get it, which adds increased shipping costs. The solid corn crop this year will help mitigate the feed shortage to some extent.

“It should be a really good crop for everyone in the Basin,” George said.