Opportunities for organized sports can be few and far between in the summer for Powell athletes, but young girls had the opportunity to band together for a short fast pitch softball league season … 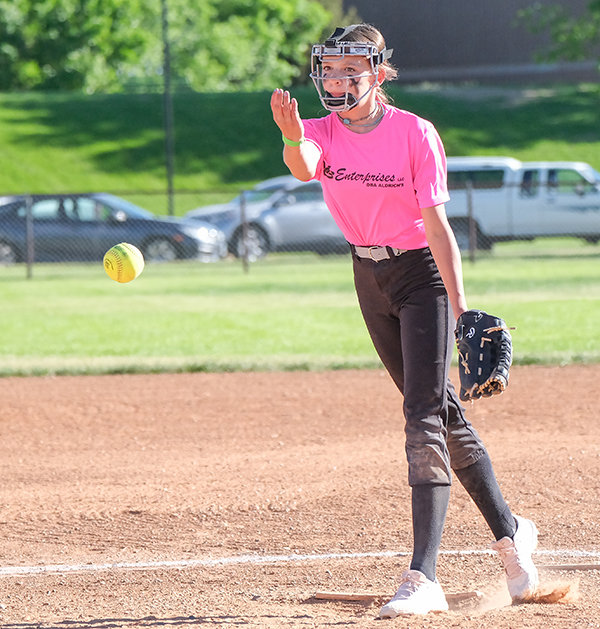 Kindyle Floy releases a pitch as the two Powell softball teams clashed on Tuesday last week. Floy and her team went on to place third overall in the tournament competing against Lovell, Powell and Cody.
Tribune photo by Seth Romsa 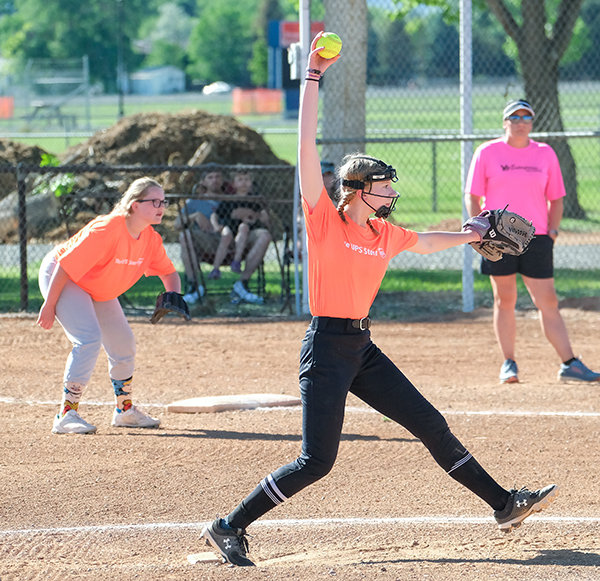 Kyra Morrow winds up for the pitch trying to get out her fellow Powell competitors while the two teams competed in a tournament with Lovell and Cody.
Tribune photo by Seth Romsa 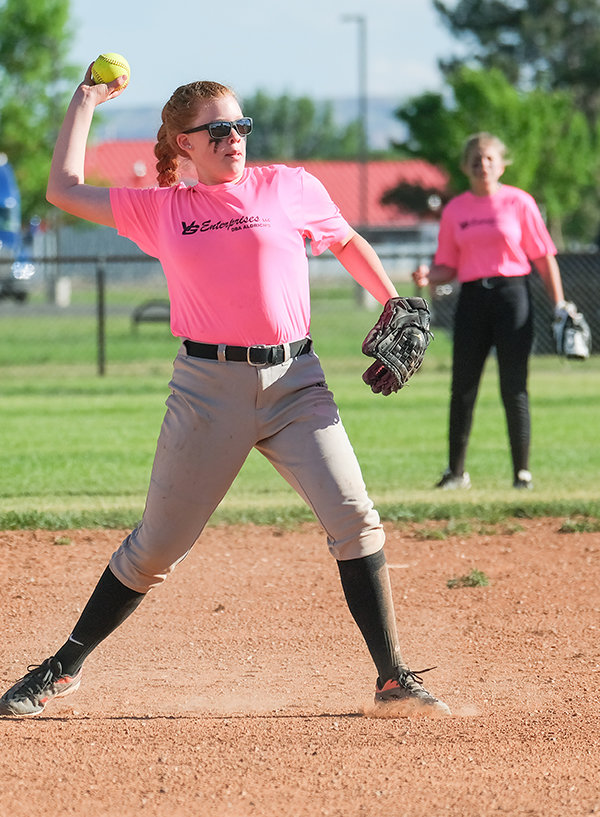 Shai Hite fields a ball, bringing her arm back to throw out the runner at first.
Tribune photo by Seth Romsa 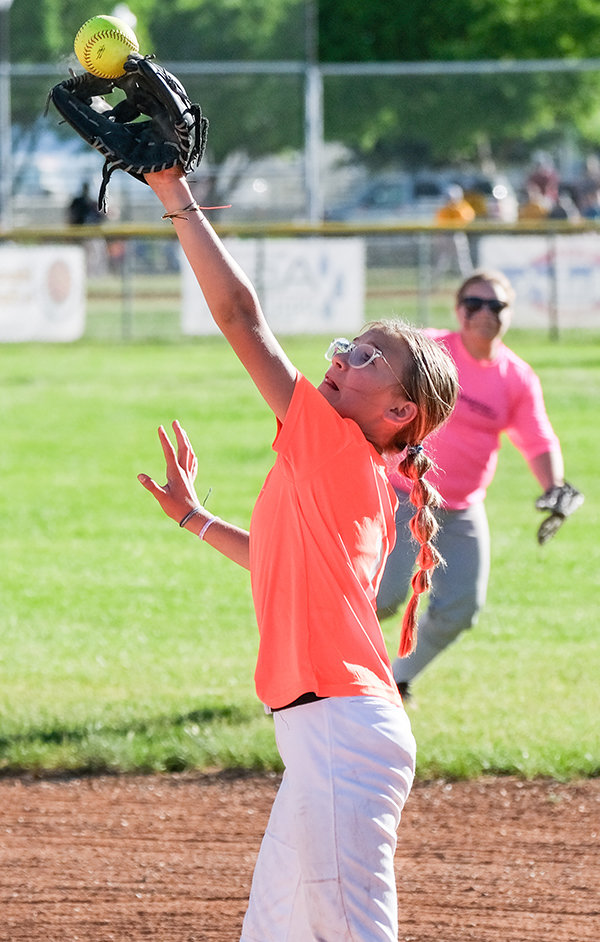 Reaching up as high as she can, Veronica Kovach tries to complete the play at first base.
Tribune photo by Seth Romsa
Previous Next
Posted Tuesday, June 28, 2022 8:10 am
By Seth Romsa

Opportunities for organized sports can be few and far between in the summer for Powell athletes, but young girls had the opportunity to band together for a short fast pitch softball league season which finished this past week.

“Keeping kids involved in something during the summer months is important for many social and emotional reasons,” softball coach Amanda Haney said. “Softball is a great way for them to get outside and in the dirt as well as make new friends. It also helps the girls develop leadership skills, learn the game and compete.”

Haney is one of the coaches for the two teams that compete from Powell during the short season between Powell, Lovell and Cody.

The two teams had the opportunity to match up during the tournament last Tuesday, with Haney’s team coming out on top.

She said that both teams have girls that are friends, and the coaches have also spent time playing softball together on the field in the summer.

“It is fun to encourage the other team and joke around with each other,” Haney said. “We all want what is best for the girls of Powell.”

Haney hopes that the girls take advantage of the opportunity to learn a new sport they can play beyond their middle school years, as eighth graders are the oldest competitors on the team.

“I wish softball had more opportunities in Powell,” Haney said. “It is a game you can play forever and enjoy with family and friends. Many girls are disappointed when they can no longer play after eighth grade.”

Haney said that most of the girls that play on the team are talented, but is sad that they do not get to play beyond that point.

Being able to coach the team for Haney is a refreshing opportunity as well, saying it is a different pace altogether from the other sports she coaches.

Rounding out the season, Haney’s team came out as the highest placing Powell team, finishing in third place.

“We are so proud of our girls,” Haney said. “They worked hard the entire season and improved so much in a short amount of time.”