Young athletes from around the basin beat the heat last week, heading indoors to Powell High School to take part in a basketball camp co-hosted by the PHS boys’ basketball team and Northwest … 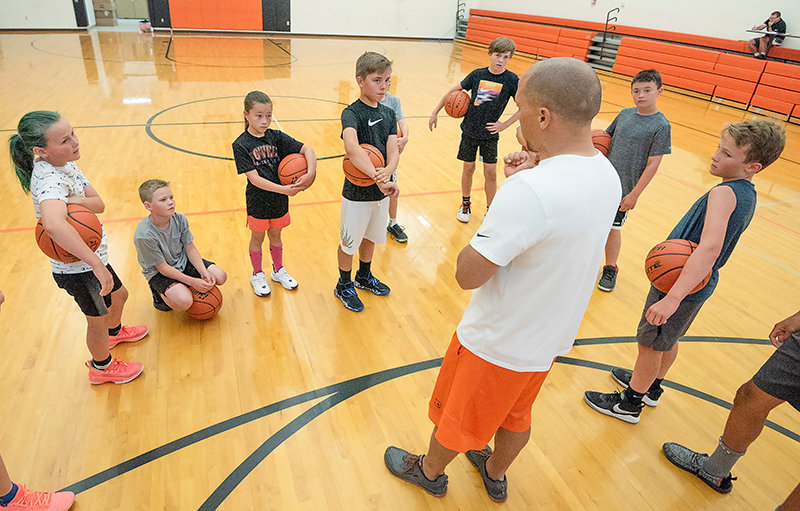 Landon Hernandez puts up a shot during drills on Tuesday, trying to improve during the offseason in preparation for the winter season.
Tribune photo by Carla Wensky 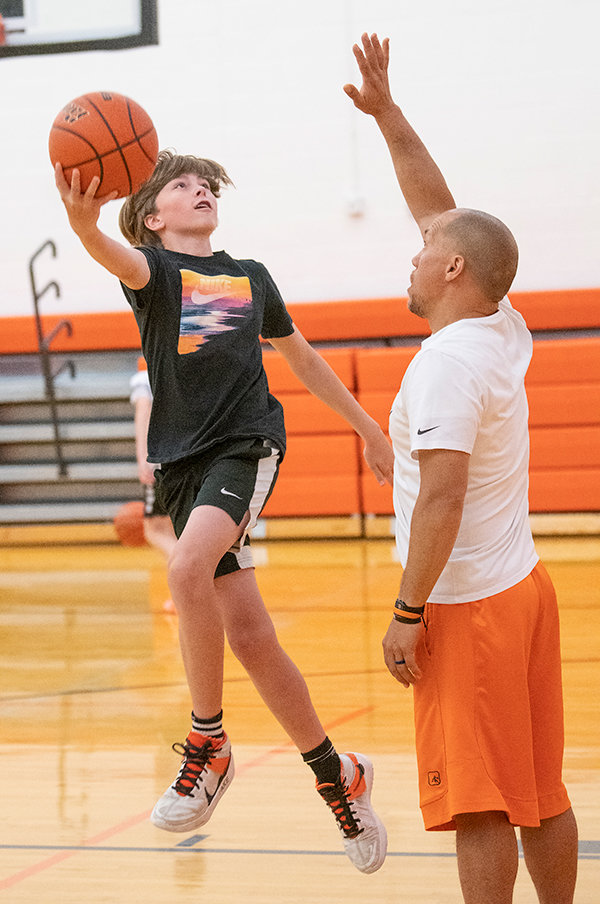 Braxton Nelson goes up for a layup as Waleryan Wisniewski contests during drills on Tuesday.
Tribune photo by Carla Wensky 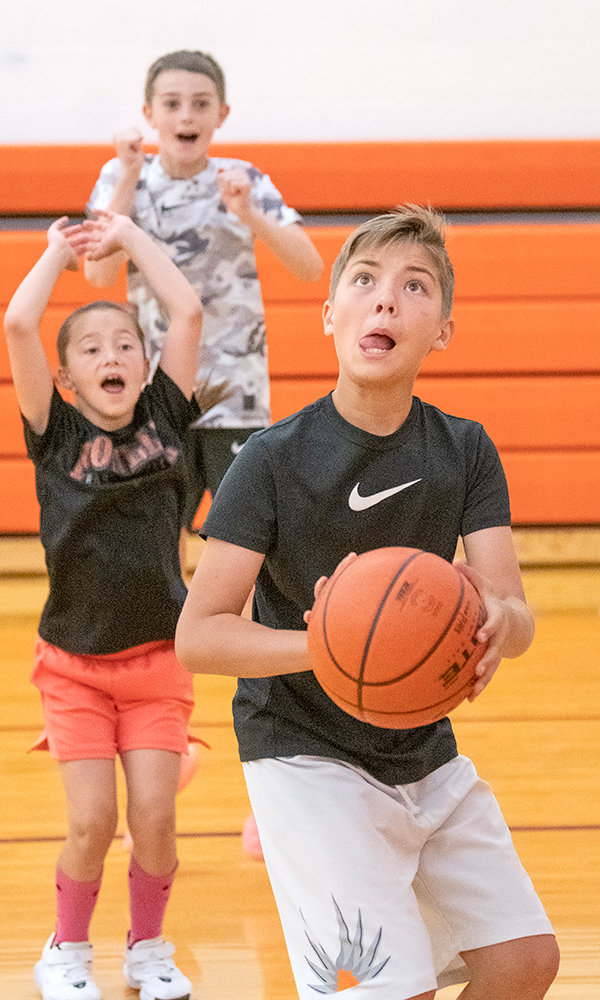 Kamea Wisniewski gets ready to put up a shot while being cheered on by fellow campers.
Tribune photo by Carla Wensky
Previous Next
Posted Tuesday, June 28, 2022 8:20 am
By Seth Romsa

Young athletes from around the basin beat the heat last week, heading indoors to Powell High School to take part in a basketball camp co-hosted by the PHS boys’ basketball team and Northwest College.

In years past, the camp has brought in a host of participants from around the region, including one of the camp’s biggest years recently during COVID-19.

This year’s camp had a smaller outing than anticipated, most likely due to increased travel costs to families located outside of Powell.

Panther boys’ basketball coach Mike Heny said that despite the lower attendance, it is sometimes better to have fewer athletes because that gives coaches more time to give individual instruction.

Powell does not have the opportunity to allow kids into the gym every day to sharpen their skills — especially during the summer — and Heny stressed the importance of being able to get athletes in the gym from a young age.

“The summer is important to give kids the opportunity, especially in a town that does not have a rec center,” Heny said. “We want to have the gym available, teach them what we can about the game of basketball, hook them in and it gives the older kids a full week of development.”

Heny said one opportunity afforded to local youth during the summer is a skills session that is hosted on Tuesdays to sharpen skills for grades three and up.

In addition to Heny and assistant coach Waleryan Wisniewski, the Panthers brought in Trappers head coach Jay Collins and athletic director Brian Erickson to help run the camp and give athletes the opportunity to learn from a college coach.

Heny said it is important for all athletes to get the opportunity to train under a coach like Collins, as professional coaches help give a fresh perspective on the game.

“It is awesome. Coach Heny runs a great camp,” Collins said. “It is awesome to have all these kids come out from Park County and Powell especially.”

The camp ran a total of 3 1/2 days, and all funds from the fees associated with the camp were split between the PHS boys’ program and the NWC men’s program.