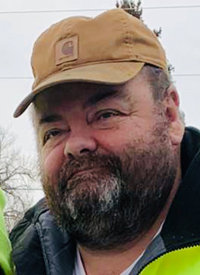 He was born on April 3, 1969, to Ramon Carpenter and Charlotte Welker.

Steve was married on May 12, 1997, in Winnemucca, Nevada, to GayeLynne Allred.

He lived in Del Norte, Colorado, eastern Idaho, and Washington, before living in Powell. Steve worked as a long haul driver, carpenter, and entrepreneur, and in his free time, he enjoyed fishing, gold prospecting and time with his family.

Steve was preceded in death by his son Ray Carpenter, and his father Ramon Carpenter.

A graveside funeral service will be held on Friday, Feb. 18, at 2 p.m., at Penrose Cemetery.