Defense leads to offense: That’s a philosophy the Powell football team has thrived on to start the 2020 season.

The Panthers once again cruised to victory on Friday, this time defeating … 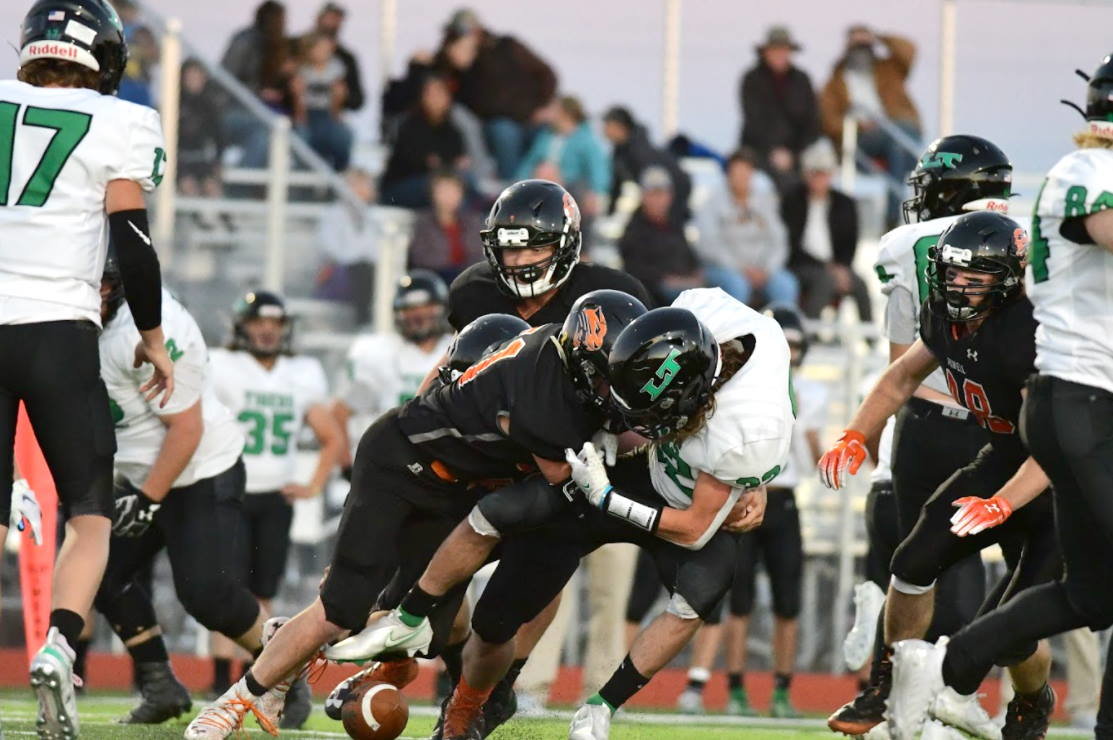 Senior football player Seth Horton forces a fumble in Powell's 31-0 home win over Lander Valley on Friday. The Panthers are now 3-0 and have allowed just 13 total points on the season.
Tribune photo by Carson Field 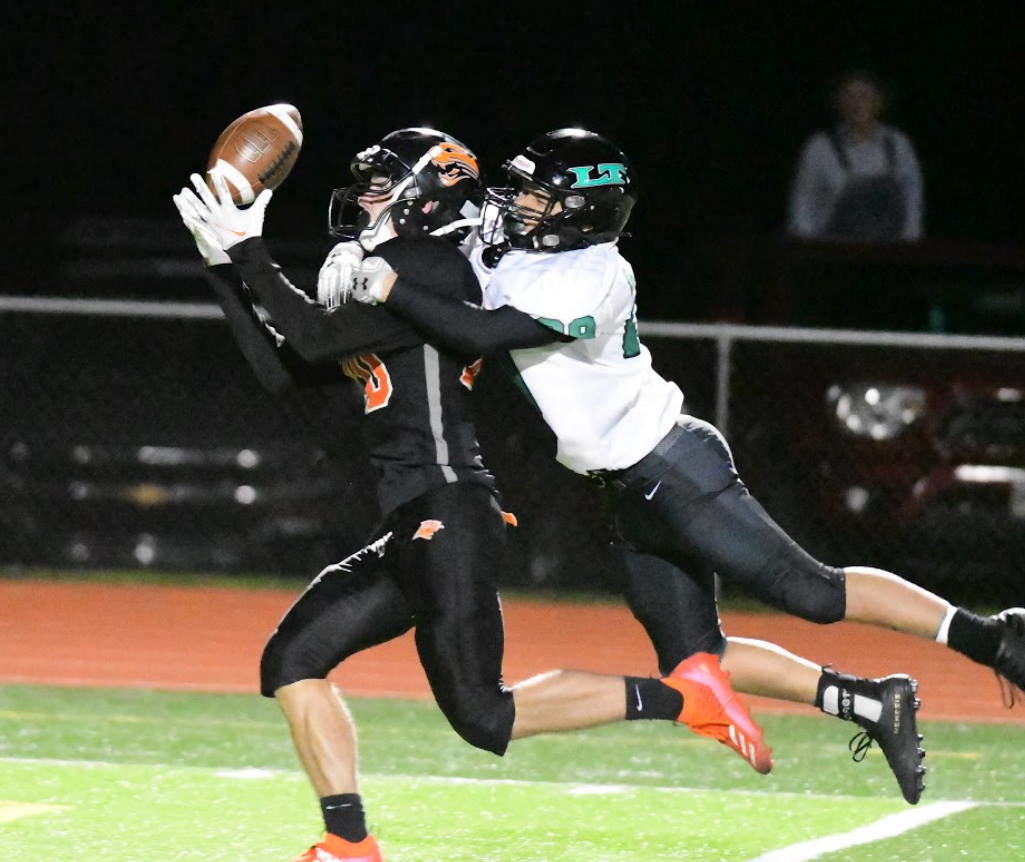 PHS junior Zachery Ratcliff catches a deep pass from Landon Lengfelder in the second half of the Panthers' 31-point win over Lander Valley. The snag was Powell's longest reception of the night.
Tribune photo by Carson Field
Previous Next
Posted Saturday, September 12, 2020 8:58 am
By Carson Field

Defense leads to offense: That’s a philosophy the Powell football team has thrived on to start the 2020 season.

The Panthers once again cruised to victory on Friday, this time defeating visiting Lander Valley 31-0. In its first three contests, PHS (3-0) has surrendered only 13 total points, with Friday being the first shutout of the season.

Powell’s defense held Lander Valley to just 214 all-purpose yards, recovered three fumbles and blocked a field-goal attempt. The defense’s versatility has been on full display throughout the young season, and Friday was no exception.

“It’s just a combination of owning the front and some strong guys in the back who are good playmakers,” head coach Chase Kistler said. “They attack well downfield and they tackle well. That’s just a recipe for a good, solid defense.”

Unlike the Panthers’ first two games, they didn’t rush out of the gates with an offensive spark. Powell had just one offensive series in the first 12 minutes, and it was a 0-0 stalemate at the end of the quarter.

Eventually, however, the defense’s prowess fueled a productive offensive attack.

“Our defense has gotten used to what is happening,” Kistler said. “It kind of changed the momentum of the game.”

“They [the Tigers] were risking everything,” Kistler said. “They were sending nine or 10 guys into our box and trying to get to our quarterback. We knew we were going to catch them every once in a while.”

By halftime, the Panthers were in full control with a 17-0 lead. And when play resumed after the break, Powell never gave an inch.

Even so, the victory didn’t seem so lopsided, according to Kistler.

“It was really weird to me because it didn’t feel like we had a 31-point lead,” Kistler said. “It just felt like it wasn’t that big.”

As a team, Powell posted 321 total yards, 207 of which came on the ground. Riley Bennett led the Panthers with 95 rushing yards and a touchdown, while Reed Smith added 70 yards and two scores.

“That’s proven to be a pretty deep position for us,” Kistler said. “I just hope we can keep all three backs rolling and use all three of them.”

Lengfelder completed six of 16 pass attempts for 114 yards and a touchdown. He found four different targets and threw a touchdown pass to Adrian Geller.

Lander Valley played particularly tight coverage on Lengfelder’s usual No. 1 target, Jesse Trotter, who had just one reception for 5 yards. Though Trotter’s production dipped as a result, it opened up new avenues in the passing game.

“We threw him [Trotter] one or two passes and they had him bracketed on third down,” Kistler said. “But he sat in the pocket well and had a lot of good throws.”

Shutting out an opponent is impressive in any fashion. But it’s even more notable when facing a respectable opponent like Lander Valley — which entered Friday 2-0 with blowout wins over Green River and Pinedale.

A win like this just builds more confidence as the Panthers look to prolong their undefeated start.

“We’re going to be a solid team if we stay healthy,” Kistler said. “I’m just glad these guys came out and performed against a good, quality team. They were hungry for us, and our guys just took it.”