Stand up against identity politics

Do we have systematic racism in law enforcement, or by national, state and local governments? No, the objective data does not support that assertion.

Do we have racism and isolated incidents of …

Stand up against identity politics 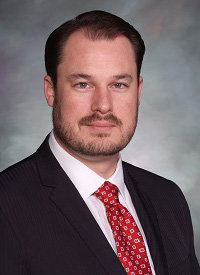 Do we have systematic racism in law enforcement, or by national, state and local governments? No, the objective data does not support that assertion.

Do we have racism and isolated incidents of prejudice? Yes, as someone who is physically disabled I encounter this from time to time, but it’s not systematic. That is an outright lie by the leftist mob and social justice warriors.

Fact of life: There are wicked people, there have always been wicked people and there will always be wicked people. In light of this you can either make yourself a victim, or build your character to persevere and overcome the obstacles of life.

So does America have a level playing field for everyone? Yes, it does. In this country we have the “equality of opportunity” — meaning that if you put in the hard work and take risks, then you have the same opportunity to be successful as anyone else, no matter who you are. The radical leftists want unsuspecting and uneducated Americans to buy into the “equality of outcome.” Namely, forcing a particular outcome on groups of people they feel are aggrieved, or victims. This involves changing laws and customs, shaming or restricting the rights of others deemed to be oppressors (which is usually heterosexual white males, Bible-believing Christians, or “right wingers”). It’s about dividing and conquering, tribal warfare, forcing one group to atone for their perceived sins, because “they’re bigots” even if they don’t realize it.

It’s also known as critical race theory, or social Marxism. This is socialism among social groups, as opposed to economics, and is repugnant to the Constitution and promise of America. Why? Because it involves judging people by the color of their skin, sexuality, or some other group identity rather than the content of a person’s individual character.

What’s troubling is how they value one group as opposed to others. YOU as an individual don’t matter to the mob, only what group you belong to. And don’t try to think for yourself. That’s a sin. You’re supposed to do what you’re told and they’ll do the thinking for you. If you belong to one or more minority groups, well then you’re a victim and you deserve justice! The rest of society owes you.

If you belong to an “oppressive” group, well then you must bow and admit your privilege while atoning for your perceived racist, homophobic, xenophobic and bigoted sins. You must cower and show obeisance to the mob the rest of your life. You deserve no better. The equality of outcome is shameful and requires very little thought.

Focusing on character, instead of some group identity, emphasizes the equality of opportunity. That’s the American dream — the idea that you can be a poor nobody, and through hard work and determination on your part (your character), you have the opportunity to be successful. No handouts, no entitlements, no special treatment ... your character gives you the opportunity to be successful in America. To suggest otherwise is to be an apologist for social Marxism, and more government intervention to force a particular outcome or worldview.

If you felt you went to bed one night and woke up in the twilight zone, you’re not alone. See it for what it is. The angry mob wants power and their pound of flesh, and they’re ready to forcefully take it from you. That’s how they intend to change the world.

You want to change the world? Start with yourself. Don’t play the identity politics game. Refuse. Yes, the mob will call you names and label you because they’re juvenile. Choose yourself to be the right kind of person, a person of good character, and teach your children the same. Teach your kids that their worth lies not in their gender, race, sexuality, social status, or group identity, but in the promise of their character and who they are as an individual who is loved by almighty God!

(Scott Clem is a Republican state representative from Gillette and a pastor. He has served in the Wyoming Legislature since 2015.)

‘Jesus is very much in the present time’