On America’s Independence Day, one of the top performers at the Cody Stampede Rodeo hailed from north of the border. 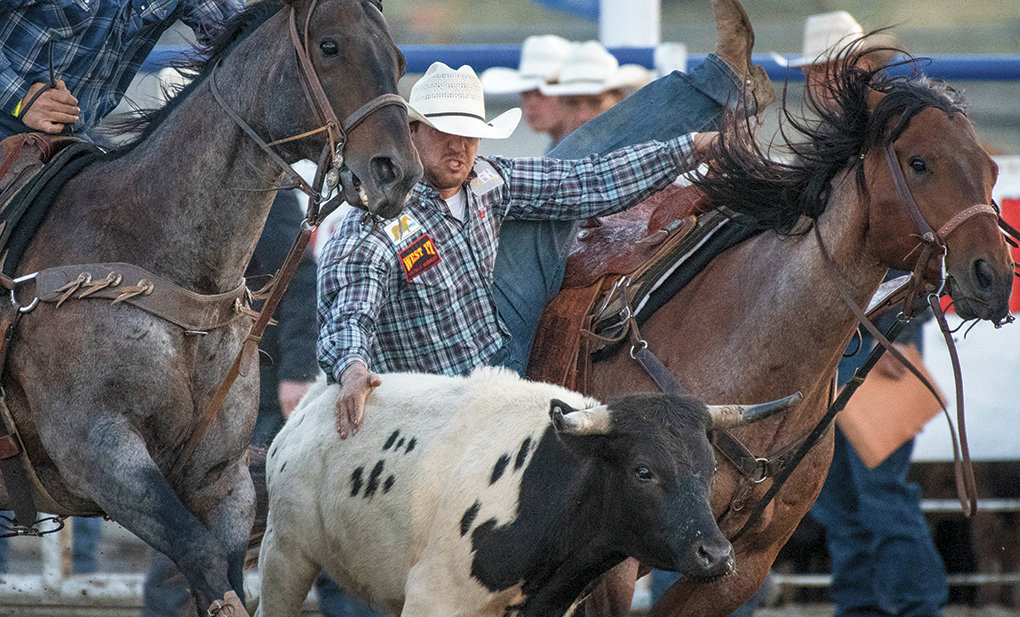 Riley Reiss, of Manning, North Dakota, dismounts during the Wednesday night steer wrestling event at the Cody Stampede. Reiss didn’t place in the rodeo, which involved a total payoff of roughly $316,000 to the field.
Tribune photo by Mark Davis 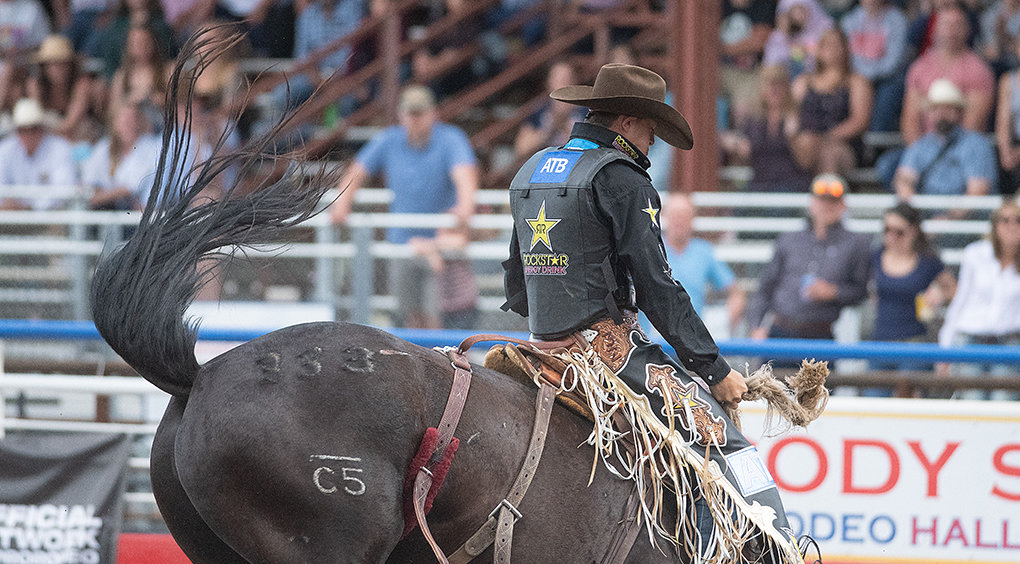 Canadian Zeke Thurston had one of the top performances during the Fourth of July edition of the Cody Stampede Rodeo, finishing second overall in saddle bronc riding. Tuf Cooper was named the weekend’s all-around cowboy for his success in tie-down roping and steer roping.
Tribune photo by Carson Field 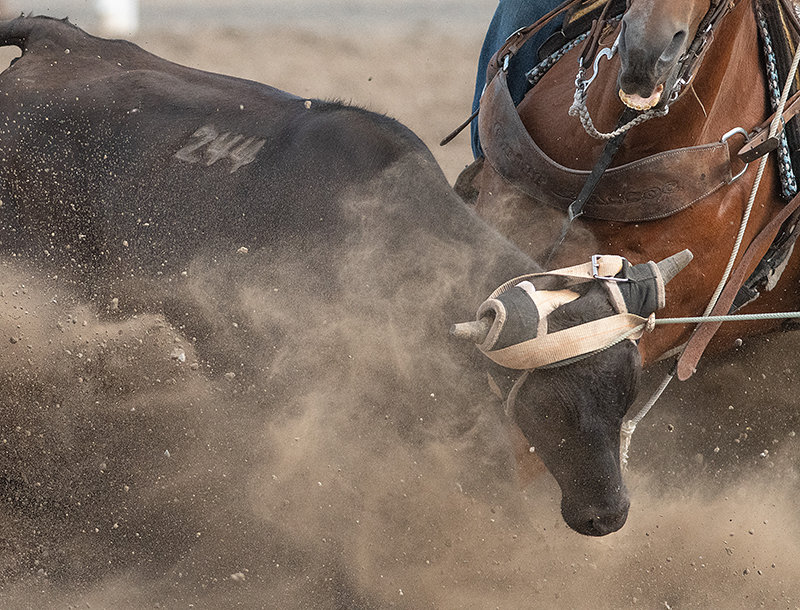 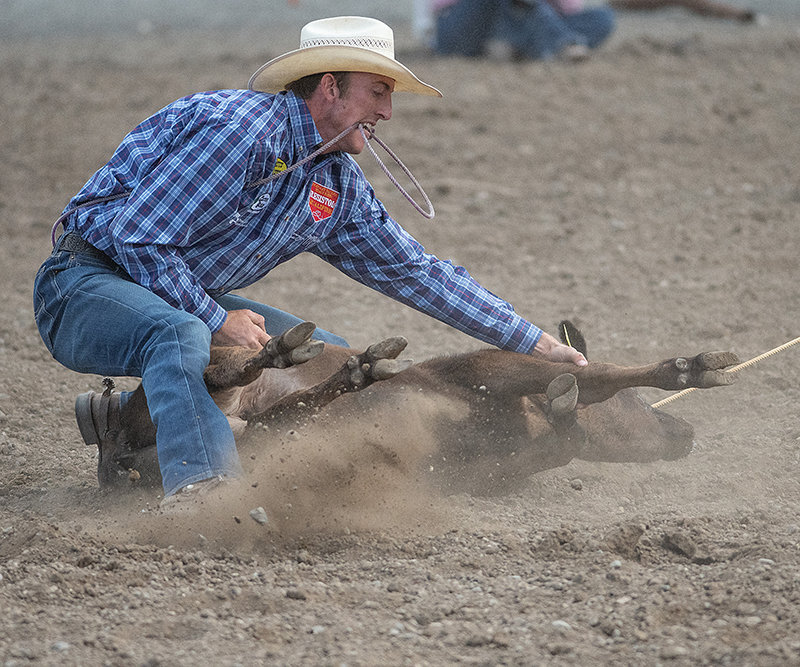 Taylor Santos ties down his calf at the Cody Stampede. He did not finish in the top 10.
Tribune photo by Carson Field
Previous Next
Posted Tuesday, July 7, 2020 8:25 am
By Carson Field

On America’s Independence Day, one of the top performers at the Cody Stampede Rodeo hailed from north of the border.

Alberta native Zeke Thurston finished second overall in the saddle bronc riding competition at the PRCA-sanctioned event, which featured nightly rodeos from July 1-4. Riding on Saturday, July 4, Thurston logged a score of 89.5 points, the highest of the day.

“The horse really bucked, and she tried hard,” he said. “She had me hustling the whole time, but I was kind of scrambling my way through it.”

Thurston knew 91.5 was the score to beat heading into his run. And after an arduous trial, he thought he might have won it.

“I knew I was going to be up there. I could tell she was bucking hard,” Thurston said. “I could have rode her better, but the difficulty factor was there, so I thought I had a chance.”

Despite not winning, Thurston was pleased with his performance. The second-place finish won him $4,281 in prize money, and Thurston now sits in 11th place in the PRCA saddle bronc standings.

And while Thurston isn’t originally from the United States, shining on such a patriotic evening was special for the 25-year-old rider.

“It’s awesome to do well on the Fourth of July at a big rodeo like this,” Thurston said. “You can’t beat it; it’s beautiful weather, and we had fun.”

The Cody Stampede Rodeo had a total payout of $297,350, with another $18,659 for breakaway roping. Among the many contestants at the rodeo was former Northwest College bull rider Shane Proctor, who took seventh place and won $782.