Larry and Patrick Connors had thousands of acres of prime upland game bird habitat to themselves Sunday morning. Chaos and Havoc, their black and yellow Labs, ran the field edges and ditches, looking … 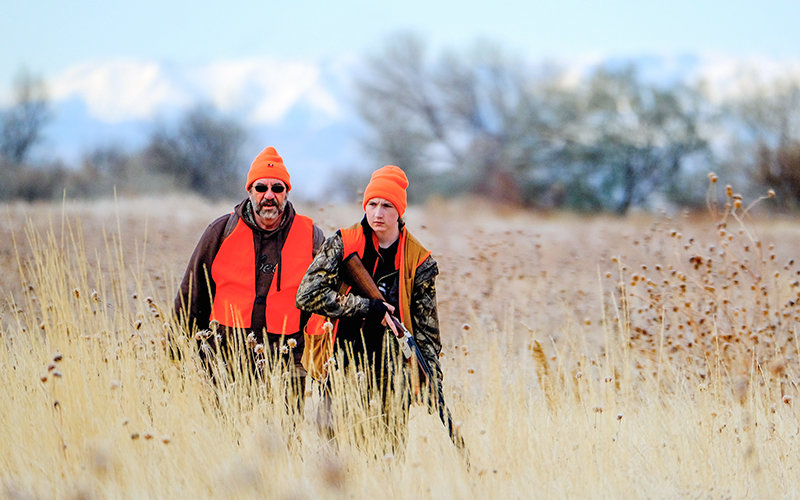 Patrick Connors hunts while his father, Larry, walks close behind during a pheasant hunt at Yellowtail Wildlife Habitat Management Area near Lovell. It is the only WHMA in the Big Horn Basin that is stocked with pheasants by the state.
Tribune photo by Mark Davis 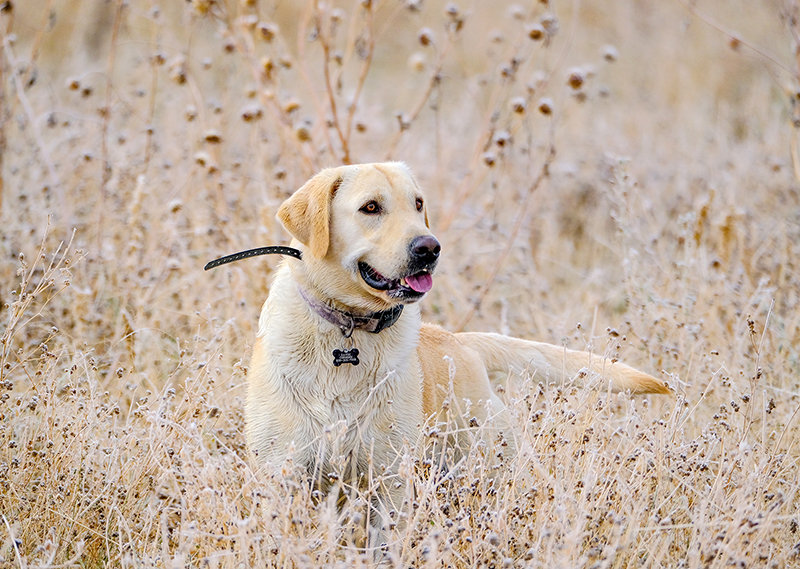 Larry Connor’s dogs, Havoc and Chaos, yellow and black Labrador retrievers, had as much fun during the special youth hunt as Larry’s son, Patrick.
Tribune photo by Mark Davis 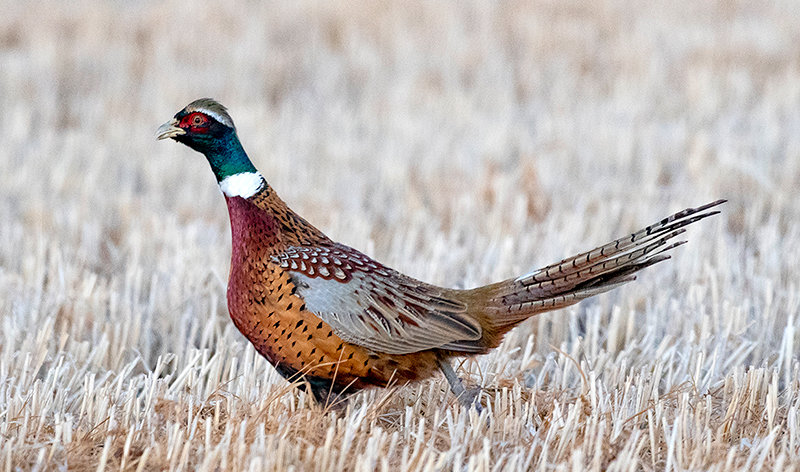 A male ring-necked pheasant forages for a meal in a cut agricultural field. Yellowtail Wildlife Habitat Management Area is the largest public access area in the Big Horn Basin to hunt the species, at more than 19,000 acres.
Tribune photo by Mark Davis
Previous Next
Posted Friday, November 26, 2021 8:20 am
By Mark Davis

Larry and Patrick Connors had thousands of acres of prime upland game bird habitat to themselves Sunday morning. Chaos and Havoc, their black and yellow Labs, ran the field edges and ditches, looking for more chances to push up birds as their tails wagged with joy.

They were part of dozens of hunting parties taking advantage of a special three-day weekend for young hunters at Yellowtail Wildlife Habitat Management Area east of Lovell. Arriving just before sunrise gave the father and son team plenty of room to roam.

Last weekend marked the first time the Wyoming Game and Fish Department has dedicated an extended weekend just for youth hunters on the more than 19,000-acre state-managed area in the shadows of the Bighorn Mountains.

The Game and Fish had received several comments from the public asking for more time dedicated to youth-only hunts at Yellowtail. Game warden Dillon Herman championed the idea and pushed for the recommendation to move forward. The idea was then proposed during the 2021 season setting process and Game and Fish commissioners approved the request at their July meeting, said Tara Hodges, information and education specialist for the department. The event was a great opportunity that might have been missed had it been just a day.

“With only one day, if you have to work, it doesn’t allow you to get your kid out here. But three days. I think that’s great,” Larry Connors said. “It gives young hunters an opportunity for more exposure to being out in the field,”

The duo took full advantage of the special hunt, taking to the fields of native wild foliage mixed with farmed tracts both Saturday and Sunday. They saw a lot of birds. Patrick harvested a rooster Saturday, but he missed a few. It was the first time this season he has been able to get out and he was a little rusty. And it was only the third or fourth bird hunt for Havoc and Chaos.

The pups were good at kicking up birds and retrieved the single harvest like pros, but they too needed more experience in the field before finding their targets.

There will be plenty more opportunities available this season. The Game and Fish bird farm in Sheridan still plans to release another 14,000-15,000 birds this year despite losing some chicks early in spring. A disease outbreak reduced the number of chicks available, but all birds currently being released are healthy, Hodges said.

State stocking of pheasants concludes the third week in December. Recent controlled fires and maintenance has improved Yellowtail habitat for wildlife, including waterfowl.

“Game and Fish personnel are continually working to improve irrigation structures on Yellowtail for the benefit of wildlife,” Hodges said.

Responsibility for the WHMA is shared between the Bureau of Land Management, the Bureau of Reclamation, the National Forest Service and the Wyoming Game and Fish Department.

“We all work together to manage the property, but the Game and Fish is the lead management agency,” said Eric Shorma, habitat and access biologist at Yellowtail.

Pheasant hunting is one of the most popular activities at the area. Purchased in the late 1960s to provide habitat to migrating waterfowl, the property is the only WHMA stocked with ring-necks in the Big Horn Basin. State farms in Sheridan and Torrington raise a combined 33,000 pheasants a year for put-and-take hunting opportunities across the state.