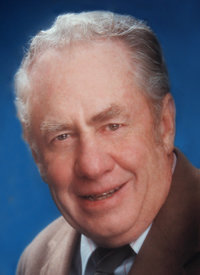 Sherburne William Blake, a longtime resident of Powell, passed away peacefully of natural causes on the morning of Dec. 28, 2021. For the past 10 years, he had resided in Marietta, Georgia. Sherburne was born Aug. 24, 1928, in Lovell, Wyoming.

He was preceded in passing by his wife of 67 years, Lois Maxine Blake. His surviving family includes son William Blake and daughter-in-law Penny of Cody, Wyoming; son Stephen Blake and daughter-in-law Donna of Acworth, Georgia; four grandchildren, Brandi Fischer and husband Jay of Bozeman, Montana, Corey Blake of Cranford, New Jersey, Crystal Blake Legler and husband Adam of Marietta, Georgia, and Brandon Blake of Charlotte, North Carolina. Sherburne has two great-grandchildren, Ellie and Jackson Fischer of Bozeman, Montana. The arrival of his third great-grandchild is due this June by parents Crystal and Adam Legler. Extended family includes numerous nieces and nephews as well.

Sherburne grew up in Lovell and Midwest, Wyoming, where he enjoyed playing piano, basketball, tennis, football and a hobby of stamp collecting. Soon after graduating from Midwest High School, he joined the United States Navy, having proudly served near the end of World War II as an engine room technician and fireman aboard the heavy cruiser, USS Toledo.

Upon honorable discharge from the Navy, Sherburne returned home to Midwest where he met and married the “love of his life,” Lois Maxine Ealy, on June 10, 1950.

Sherburne went on to earn his bachelor’s and master’s degrees in education from the University of Wyoming (UW) in Laramie. While earning his diplomas at UW, Sherburne became a charter member of Gamma Xi Chapter of the Sigma Chi Fraternity.

Sherburne and Lois made their home in Douglas, Wyoming, where he taught English and American government at the high school level. A few years later, they moved to Powell where he taught English and history, again at the high school level. Sherburne later became principal of Powell Junior High School and subsequently promoted in a similar role as Powell Senior High School principal. During this time, multiple class years of students shared wonderful stories of their admiration and respect for their principal, who deeply and very visibly cared about his students.

While living in Powell, Sherburne and the Blake family designed and built a log cabin in the Crandall area of the Beartooth Mountains. The memories and stories of time spent at his beloved cabin live on to this day through Sherburne’s family and friends.

Later in life, Sherburne enjoyed additional interests and hobbies, including woodworking, stained glass, oil painting, travel, reading, cooking, camping, hunting, fishing (he could out fish just about anyone), and the game of chess, where he at one point was awarded first runner-up during a Wyoming State Chess Championship match. Sherburne also served as a deacon at Union Presbyterian Church in Powell.

Sherburne (or ‘Sherb’ as he was most frequently known) will be missed by all who knew him. His quick wit, amazing life stories, patriotic service to his country, and the enduring love for his family, friends and students will always be remembered. Sherb’s final wish will be honored later this year by his immediate family through a peaceful scattering of ashes, along with his beloved wife Lois, in the beautiful Wyoming mountains.