He was accompanied by PCSD1 … 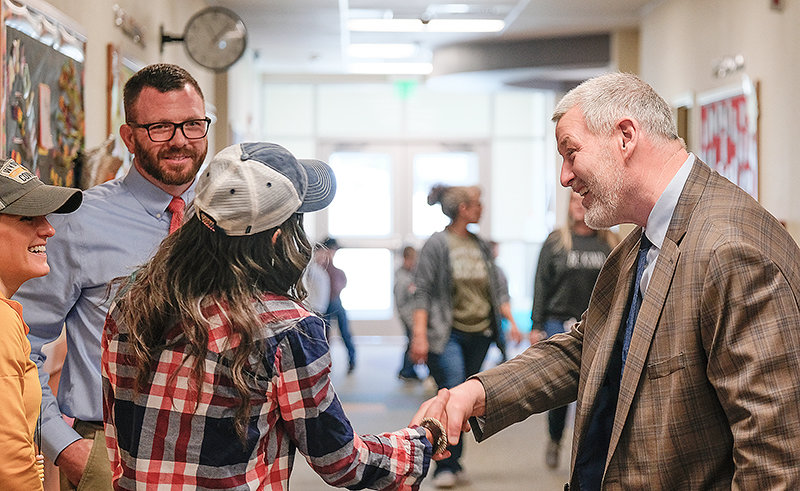 Schroeder, who had previously served as the head of Cody’s Veritas Academy, was appointed to the role in January after former Superintendent Jillian Balow resigned to take a similar position in Virginia.

Schroeder said he understands that state superintendent is a “position of influence” and that he wants to be “on the road and in the field.”

Schroeder carried a large yellow legal pad and quickly jotted down notes as he talked with staff members in PCSD1. Questions asked by Schroeder included hot topics such as the state of mental health among teachers in the district and teacher turnover.

He visited the administrative building, Powell Middle School, Shoshone Learning Center and Westside Elementary. He was eager to chat with any staff he was introduced to and learn about school culture.

While in the area, Schroeder also visited schools in Cody and Meeteetse and spoke at Saturday’s Park County Republican Party Convention, where he announced his intent to run for the superintendent’s position in this year’s election. Schroeder’s appointment runs through the end of the year, with the winner of the election serving for the following four years.