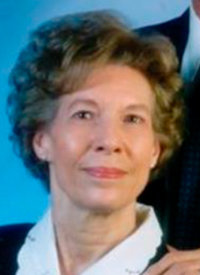 Sandra Chandler Bryan of Powell, Wyoming, passed to the arms of her Saviour on Oct. 23, 2021, at St. Vincent’s Hospital in Billings, Montana, at the age of 79. She died after months of declining health. She was a truly poised and graceful lady.

Services are planned for Monday, Nov. 1, at 10 a.m. at the First United Methodist Church, Second and Bernard streets, Powell, Wyoming. A viewing will be held from 5-7 p.m. the evening before. Interment will take place in Billings, Montana, at a later date.

Sandra Joyce Chandler was born April 16, 1942, in Ruston, Louisiana, to Victor Hugo and Sylvia Esther (Willis) Chandler. She was the youngest of two children. She is survived by her sister, Carole Stelly (husband Russ Stelly) of Lafayette, Louisiana. Her father worked in the laundry business. She remembers her father was a “gentleman” and was always well dressed for his work. Her mother was a homemaker.

Her earliest memory was of having measles at the age of 3. She remembered neighbors from the upstairs apartment came to visit her, and brought her a gift.

In 1948 the family moved into the house on the corner at 309 Garden Street, in Ruston, Louisiana. This was the Chandler family home for 50 years. The family would sit on the front porch during the heat of the evening and talk to the neighbors across the street, who were also sitting on their front porch.

She remembered she and her sister, Carole, would ride bikes up and down the street. She said putting her bike away at night in the dark was one of her scariest memories of childhood.

Sandy Chandler attended Ruston High School. Locker assignments were by alphabetical order. She took notice of the handsome boy who was assigned to the locker next to hers: Roy Bryan. Sandy needed an escort for the upcoming Kit Kat Klub New Year’s Formal, on Dec. 31, 1958. She asked Roy if he would escort her to the formal. This was the first of many dates.

Sandra said she wanted to study to be a secretary. Her mother and sister noted her love of sewing and cooking, and urged her to major in home economics instead. She did, and said she never regretted that decision. She said when her children were growing into adulthood, “I took pleasure in just all of the activities.” She made outdoor items for her husband to wear. She also enjoyed many hours of ceramics, with Mrs. Norma Scott as the teacher.

With her background and skill in cooking and sewing, she served as a judge at the Park County Fair for several years. She and her husband are members of the First United Methodist Church of Powell. She served on the board of directors for the church for many years.

As their children were growing, her husband encouraged her to take college classes so that she could provide for herself if something happened to him. When her children were taking classes at Northwest College, she also took secretarial and transcription classes. She then worked as transcriptionist and receptionist for Dr. Jack Wurzel in Powell. She said she thoroughly enjoyed working there, and enjoyed the people.

Her greatest joy was her family, especially that handsome boy who had the locker next to hers in high school.