The results for the Northwest College men’s soccer team’s fall season were not what goalkeeper Matias Sandoval had hoped for, but he recently picked up a prestigous individual honor: … 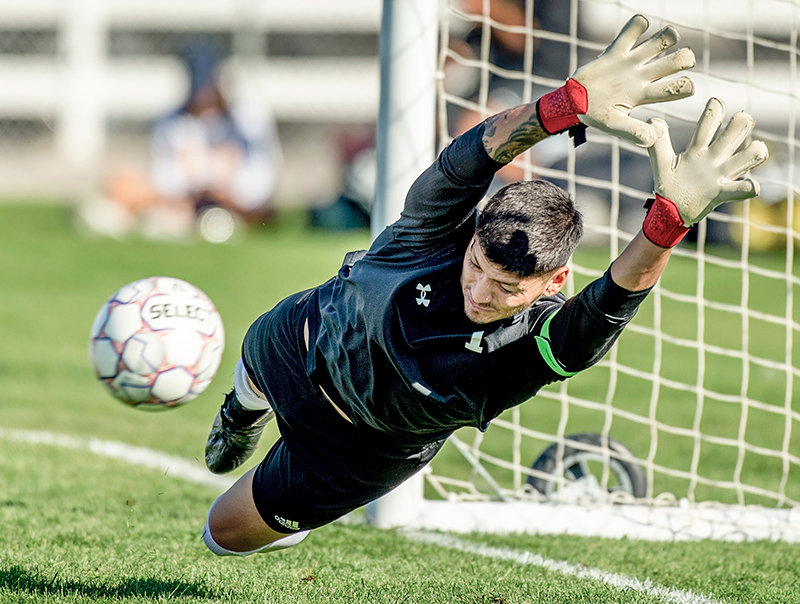 NWC sophomore Matias Sandoval goes for a save during the Trappers’ matchup against LCCC in October. Sandoval — who was named to the All-Region team — finished the year with 104 saves and ranked seventh in the nation in that category.
Tribune photo by Mark Davis 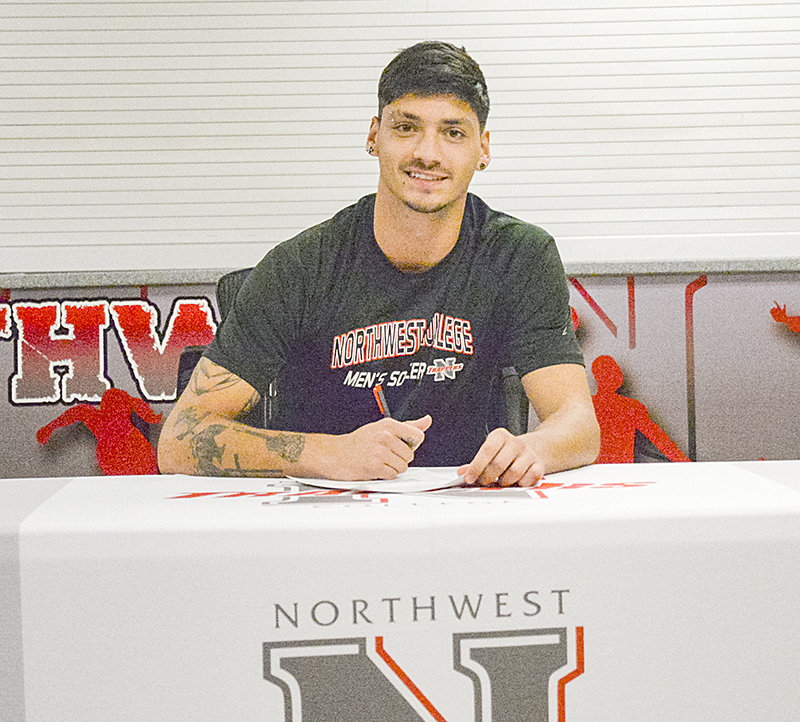 The results for the Northwest College men’s soccer team’s fall season were not what goalkeeper Matias Sandoval had hoped for, but he recently picked up a prestigous individual honor: being named to the All-Region IX team for the 2021 season.

“I really wanted to be named to the team,” Sandoval said. “To be honest, when my coach told me, I didn’t believe it.”

The Trapper sophomore from Santiago, Chile, felt he played well this season, but he wasn’t sure he’d have a chance to make the Region IX team given NWC’s 2-10-1 record.

Sandoval finished the year seventh in the country with 104 saves, and 26th with a save percentage of .782.

He had a difficult year, battling through both a dislocated shoulder in the final weeks of the season and having varying performances throughout.

“It was a strange season with my injury,” Sandoval said. “Some places I played good so that made it an interesting season.”

Trapper head coach Rob Hill said that he was proud of Sandoval because, despite the results not showing for the men’s team, the goalkeeper continued to play hard and was a good keeper for the team.

On Tuesday, Sandoval signed a letter of intent to play keeper at the next level, as he signed with William Penn University in Oskaloosa, Iowa, an NAIA Division I school.

“With his COVID year he still has three years,” Hill said of Sandoval. “I think this is a great move to a competitive conference for him.”

William Penn is currently taking part in the NAIA National Tournament and Sandoval said that was one driving factor that influenced him to sign with the school.

“I was looking for a team with confidence, and I watched that team play in the conference and they are really good,” he said.

Sandoval said he is hoping to move even further past this next level, and pursue a professional career after college.