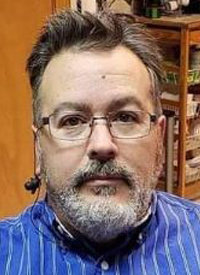 Roy was born May 17, 1965, in Hilo, Hawaii, and moved to Powell with his parents, Donald and Rose Hostetler, in 1976. Roy attended Powell schools and graduated from Powell High School. After graduation, Roy worked a variety of jobs and it was evident to anyone who knew him that he took great pride in his work. Roy had an excellent work ethic, and in 1992 he moved with his family to Boise, Idaho, where he began a 22-year career with St. Alphonso’s Hospital.

Roy worked hard but also enjoyed free time working, restoring and showing classic cars. He had many cars but the most recent ones that won awards in car shows were his ‘77 Concours Nova, Mitsubishi Eclipse and Dodge Charger. Roy was an avid Steelers fan. He enjoyed hunting, fishing and his family. Roy was the father of six children who he adored, and he was looking forward to retirement and reconnecting with family.

He was preceded in death by two granddaughters, Olivia and Hadley Camara.

Condolences and memories can be shared on Roy’s memorial page at www.BallardFH.com.