I have been praying that the 2020 harvest will be successful for everyone, especially American farmers. The new coronavirus has changed our world, but we must remember that the creator of the … 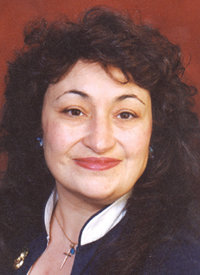 I have been praying that the 2020 harvest will be successful for everyone, especially American farmers. The new coronavirus has changed our world, but we must remember that the creator of the universe is our father, and he is in charge.

Throughout the pages of history, a strong agriculture has been the driving force for independence and strength of a great nation. Even in biblical times, agriculture played a significant role in history. The story of Joseph in the Bible is one of my husband Rick’s and my favorite stories.

Joseph (or Yoseb in Aramiac) was the beloved son of Jacob (Jacob’s other name is Israel).

Joseph was sold to Ishmaelites by his brothers because they were jealous of him (Genesis 37:18-20).  Ishmaelites sold Joseph to Potiphar, the captain of Pharaoh’s guard. Joseph never gave up, because he knew God was with him. He was honest, loyal and worked hard for Potiphar.

Joseph had to spend some time in prison because of a false accusation by Potiphar’s wife. While in prison, he met Pharaoh’s chief cup-bearer and chief baker who had offended the Pharaoh and consequently ended up in prison.

Both men had dreams, and Joseph, having the gift of interpreting dreams, asked the two men to share their dreams with him.

He interpreted the dreams as seven years of abundance followed by seven years of famine and advised the Pharaoh to store surplus grain. Joseph was made Vizier, the second most powerful man after Pharaoh, and was named Zaphnath-paaneah, which means savior. For seven years Joseph made sure the storehouses were full. When the seven years of famine came, it brought people from other nations in the world to Egypt for food.

Our times and the COVID-19 pandemic remind me of Joseph’s time in Egypt. During the  pandemic American farmers are still producing food for our great country. People are still eating, and grocery stores are still open.  Although there was a short time  in areas around our country, when shoppers were looking for meat, milk, and other products, farmers from coast to coast were forced to dump milk, plow up vegetables, and euthanize livestock.

Thank God that was short-lived. Due to COVID-19, 700,000 gallons of nourishing milk were dumped, and 50,000 young chickens were destroyed. Meanwhile farmers are receiving historically low prices for cattle, hogs, milk and grain.

My mother taught us that it offends God to destroy food he has given us, which is why President Trump started the Farm to Table program immediately and made disaster funds available through the Wildfire and Hurricane Indemnity Program (WHIP). Disaster funds through the WHIP program helped our sugar farmers to recover some of the losses due to the freeze of 2019.

Park and Big Horn County dry edible bean and corn farmers were also part of the WHIP-Plus and eligible for disaster aid. We are in contact with Sens. Mike Enzi and John Barrasso and Rep. Liz Cheney to work with USDA to provide aid under the 2019 WHIP-Plus to dry bean and corn farmers in Park and Big Horn County, and their staff confirmed in a recent call that the crops qualify for assistance. Farmers lost over 25 percent of beans in the 2019 freeze in these two counties.

Over 22 million jobs are related directly to agriculture. American farmers produce more than $170 billion in renewable wealth annually.  Farmers are the backbone of our nation, and we are blessed to have them. They are in partnership with God to take care of his land and produce food for this country as well as half of the world. United States agriculture helps countries like Afghanistan and Ethiopia where drought in some areas was killing three to five children a day; or Mozambique, where catastrophic flooding has driven tens of thousands from their homes. Food aid agencies have fed more than 88 million people in 82 countries such as Kosova, Russia and Angola.

There is no doubt in my heart that God protects our beloved America, as America and her people honor his only son. Jesus said to his disciples, “When I was hungry, you fed me; when I needed a place to stay, you sheltered me; when I was sick, you came to visit me.” His disciples asked him, “But, Rabbi, when did we do all these for you?” Jesus said, “Whenever you help people in need, you are helping me.”